Acura’s Type S expansion comes as it pushes to increase annual sales to 200,000.

Just days after Acura revived the Type S badge with a flagship variant of the 2021 TLX, it has emerged that at least two other Type S models are being developed by the car manufacturer.

Earlier in the day, Acura hosted a video presentation intended for its dealership network. We did not have the chance to watch the stream before it was taken down, but according to users at the Acurazine forums who managed to take a few screenshots during the presentation, Acura allegedly showcased its product road-map from 2019 through to 2022, confirming it wants to increase annual sales to over 200,000.

This sales increase will be achieved, in part, by a Type S version of the next-generation MDX and a “New Compact Sedan” that will also be sold as a Type S.

Details about these two vehicles remain limited. Motor Trend suggests the MDX Type S could have the same 3.0-liter twin-scroll turbocharged V6 as the TLX Type S. While specifications for this engine have yet to be released, it is expected to produce well over 300 hp. It is possible that this engine could be paired with a hybrid drive for the MDX Type S to produce even more grunt. Elsewhere, it is inevitable that the performance SUV will use Acura’s torque-vectoring Super Handling All-Wheel Drive (SH-AWD) system. 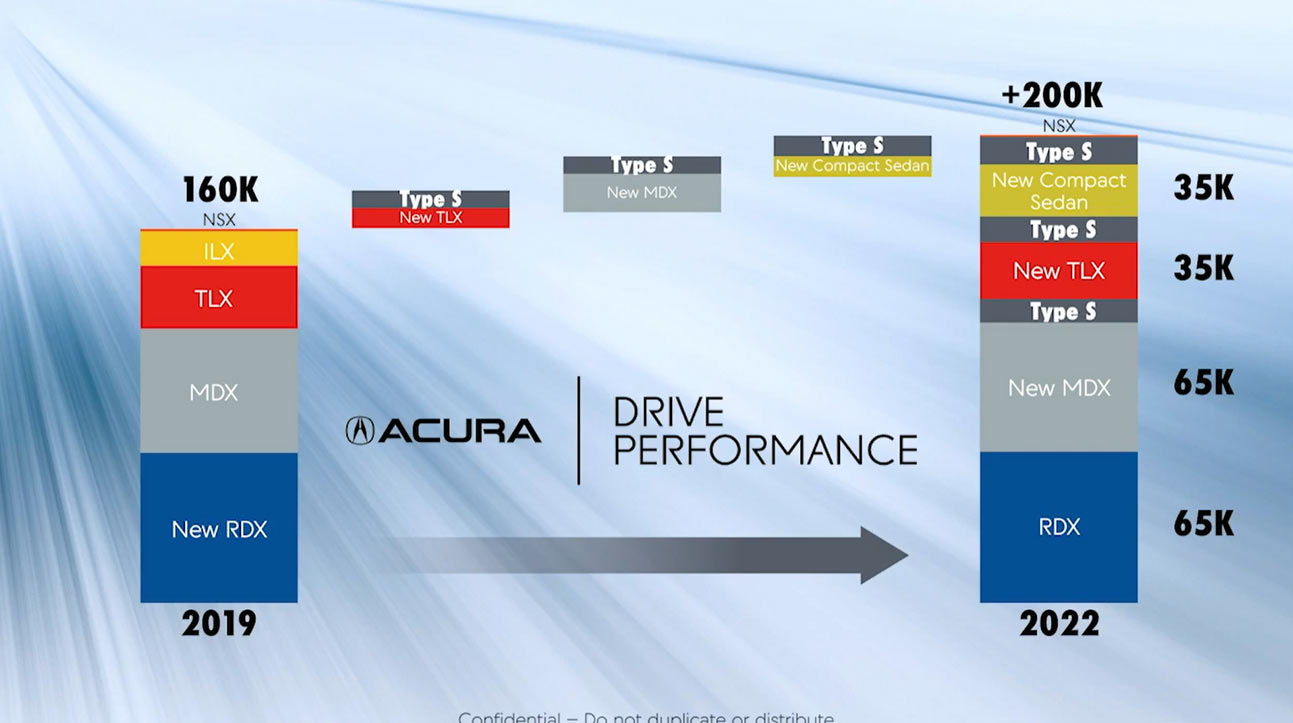 As for the “New Compact Sedan” that is being readied, it is more of a mystery. The product roadmap confirms that the current ILX will be killed off so this new sedan could act as a replacement to it. Autoblog believes the Type S version could use similar hardware to the Civic Si or perhaps even the Civic Type R, albeit detuned and more fitting of a ‘Type S’ badge. This remains speculation, however, so take it with a grain of salt.