GM’s L3B engine is currently found in the Cadillac CT4-V and Chevrolet Silverado.

One of the most intriguing engines released by GM in recent years is its 2.7-liter four-cylinder known as the L3B. In this video, Jason from Engineering Explained talks about what makes this engine interesting.

The first thing is its displacement; 2.7-liters, making it the largest displacement four-cylinder currently on the market. In a press release announcing the L3B engine, which you can view here, Chevrolet continually referred to it as being a “truck” engine that was “developed from the outset as a truck engine.” 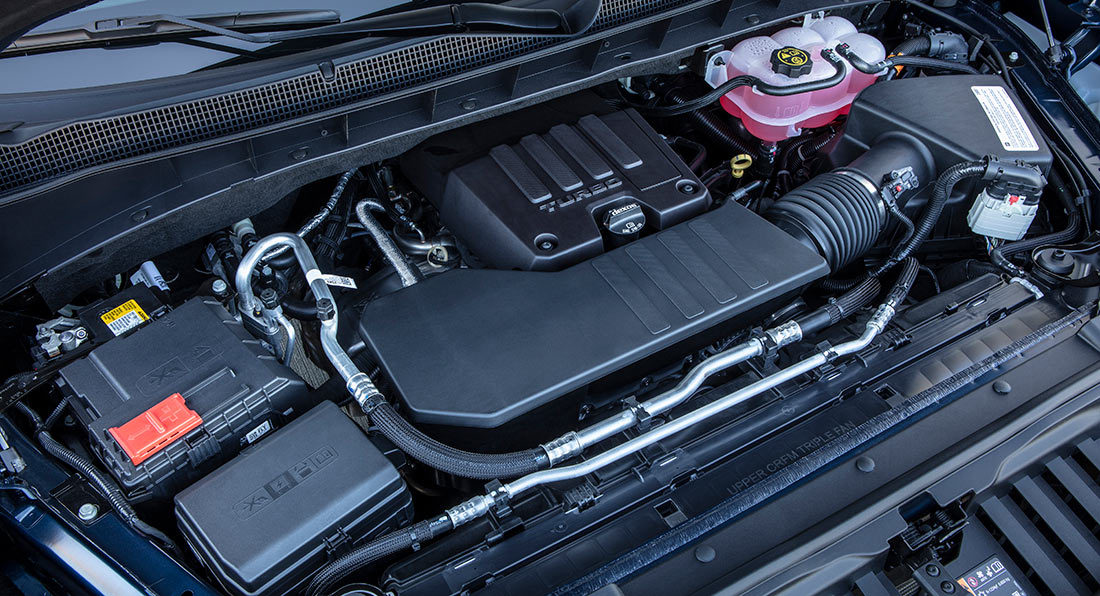 While calling the L3B a truck engine is all very well and good, the only issue is that it is also fitted beneath the hood of the Cadillac CT4-V, a sports sedan that’s about as far removed from a pickup truck as you can imagine. In CT4-V form, the engine pumps out 325 hp and 380 lb-ft (515 Nm) of torque and in the Chevrolet Silverado, the only truck that it is currently offered with, is rated at 310 hp and 350 lb-ft (475 Nm).

One of the most intriguing things about the L3B engine is that it features a dual volute turbocharger, meaning it has two volutes and operates in a similar fashion to a twin-scroll turbocharger. Jason says an advantage of a dual volute turbocharger is that it enables engineers to separate the exhaust pulses so they don’t interfere with each other. This results in better response, improved low-end torque, and greater efficiency.