The all-new TLX is out of the bag offering 4-cylinder and V6 turbocharged engines.

What appear to be video screenshots of the new 2021 Acura TLX have been offloaded on the internet ahead of the all-new mid-size sedan’s debut later this week.

Discovered on the Acurazine forums before spreading like wildfire – even in our own comments section (thanks Bananarama!), the shots provide us with our best look yet at both the regular and the hotter Type S variants of the production 2021 Acura TLX.

As anticipated, the new TLX hasn’t strayed too far away from the beautiful Type S concept, displayed at this year’s Chicago Auto Show, though obviously, the production Type S is a lot closer to the study, even if less dramatic overall. It stands out thanks to its more aggressive stance achieved by the lowered suspension and beefier tires with taller wheels, blacked out exterior trimmings, front and rear spoilers and large quad pipes at the back.

Read: Acura Claims 2021 TLX Will Be Their Best-Handling Sports Sedan Ever 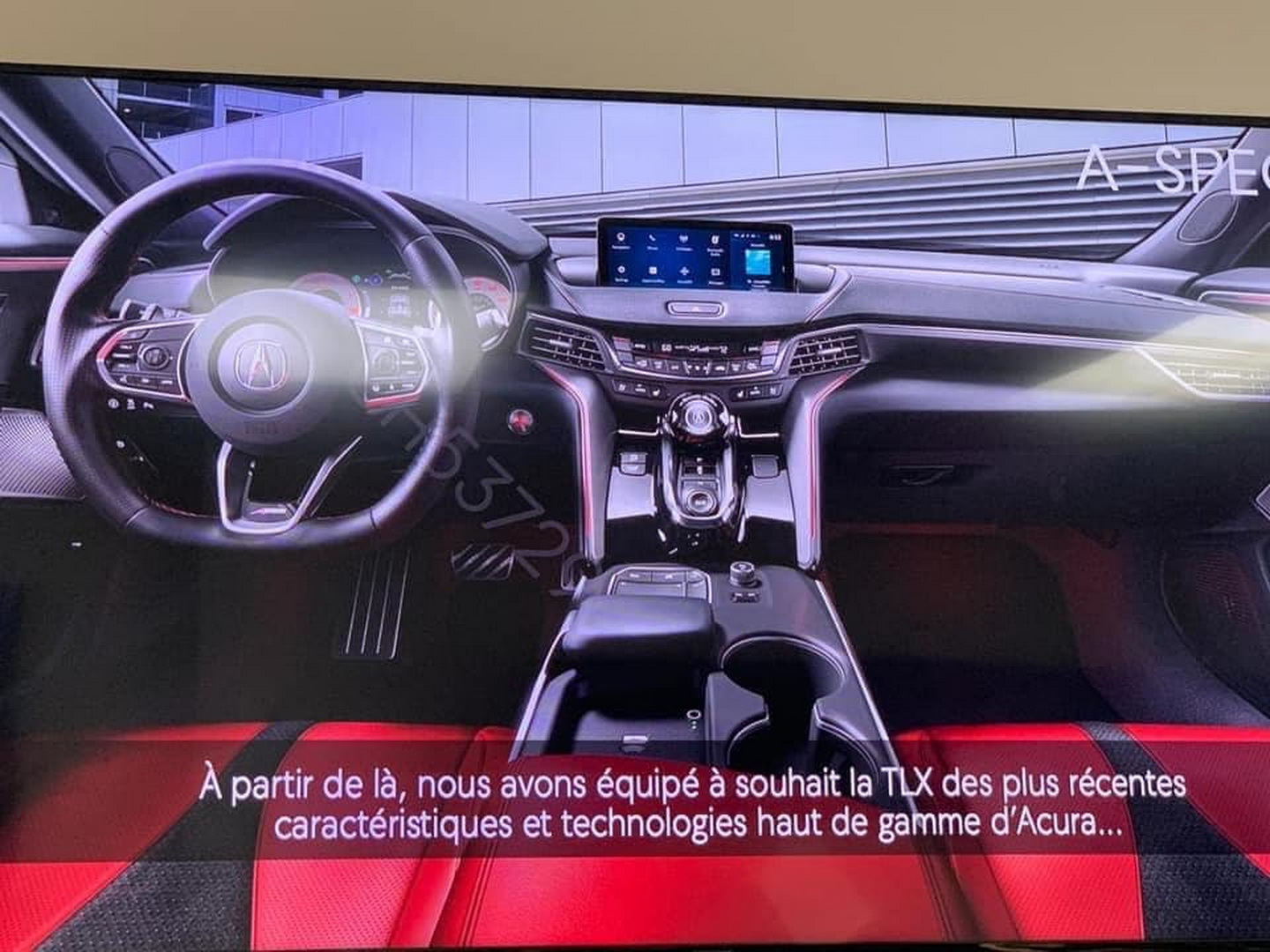 Interestingly, we get our first look at the sedan’s interior that wasn’t revealed on the concept. While it’s (probably) what you expect from Acura nowadays, the design does look unnecessary bloated in our eyes and doesn’t match the new TLX’s sharp exterior costume. The regular model (possibly higher-end) has swathes of wood trim on the door panels and the outer areas of the center console, while the Type S, a flat-bottom sports steering wheel and red-stitching throughout.

What about the powertrains? 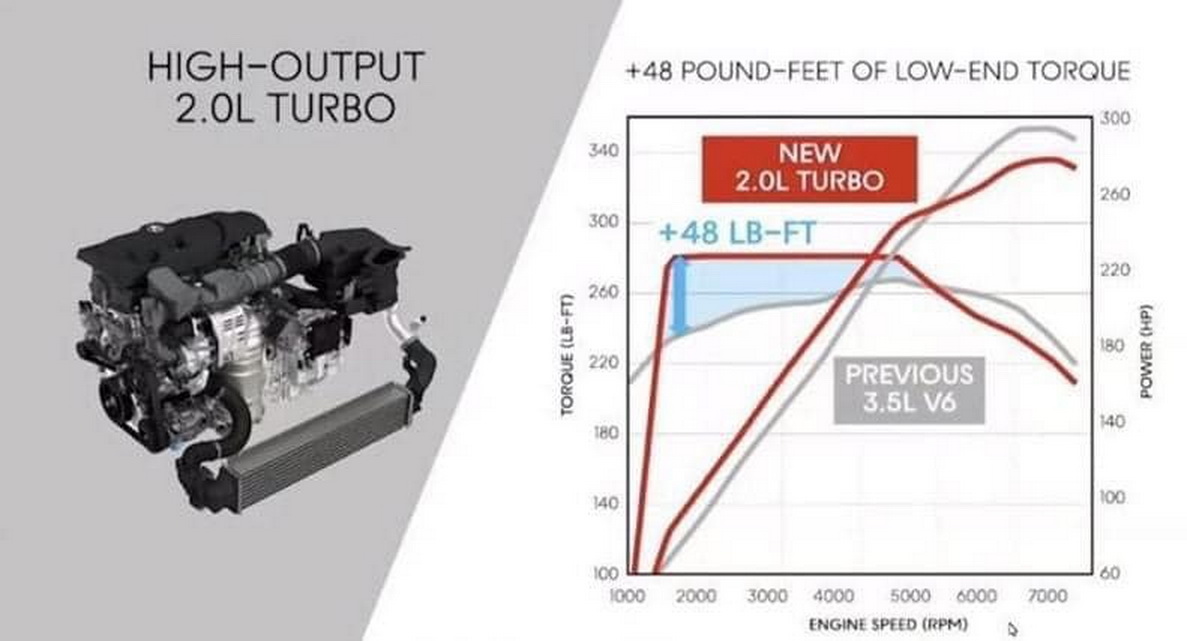 The Type S will get a “beefier” 10-speed automatic paired to Acura’s intelligent  Super Handling All-Wheel Drive (SH-AWD) system, Brembo brakes and a performance tuned suspension. Speaking of which, earlier today, Honda’s luxury arm said that the “new TLX’s dedicated architecture is designed for Type S levels of performance and includes a highly rigid body and a performance-focused chassis highlighted by the return of double wishbone front suspension”.

That’s all we have for now, but we’ll keep you posted on any new developments prior to the new TLX’s debut. 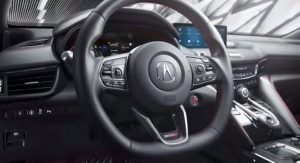 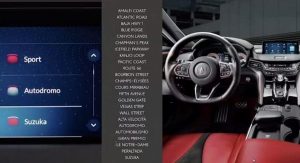 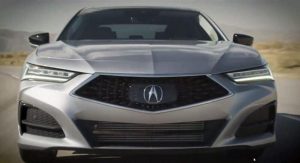 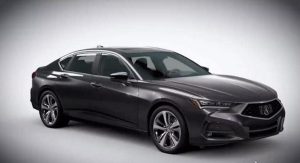 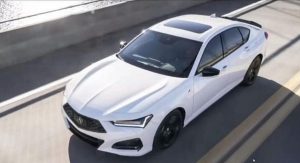 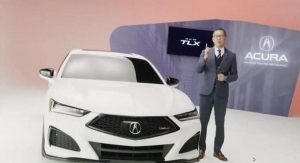 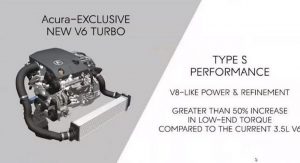 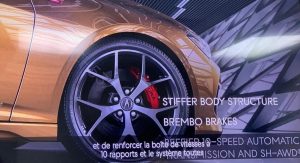 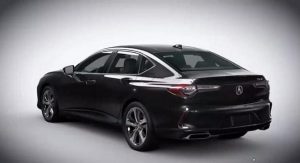 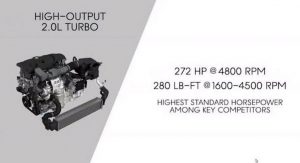 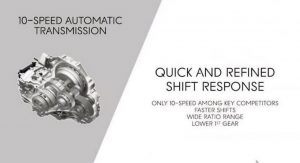 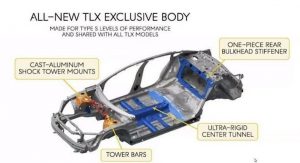 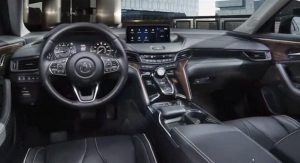 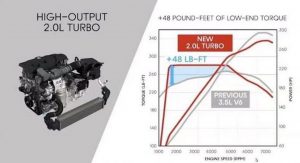 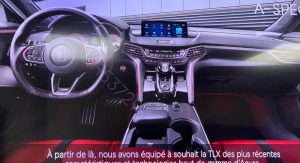 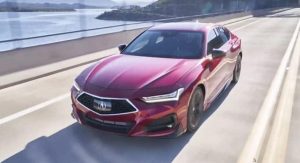 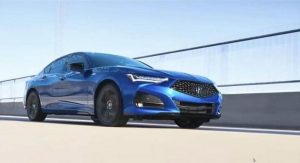 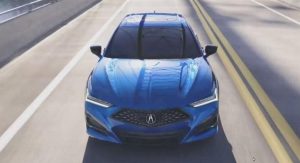 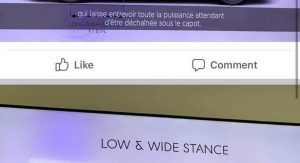 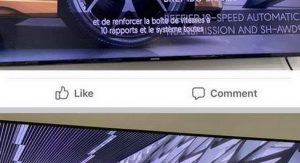