Which one would you rather be seen in: the aggressive 2020 C8 or the timeless original?.

The mid-engined 2020 Chevrolet Corvette is without a doubt one of the most desirable cars within the realm of affordability on the market right now.

Nonetheless, the Corvette C8 and its front-engined predecessors wouldn’t have happened if a team of GM engineers did not put their hearts and minds into the first-generation Vette launched in 1953. It’s not every day you get to test drive a Corvette C1, let alone one from the first model year of which only 300 were made.

Somehow, Regular Car Reviews has managed to do just that and deliver a video you absolutely must watch. The pristine 1953 Corvette featured in the video is ages away (literally) from the performance of a modern Corvette or even a hot hatch, but there’s no denying there are fewer vehicles that make you look cooler than the C1. 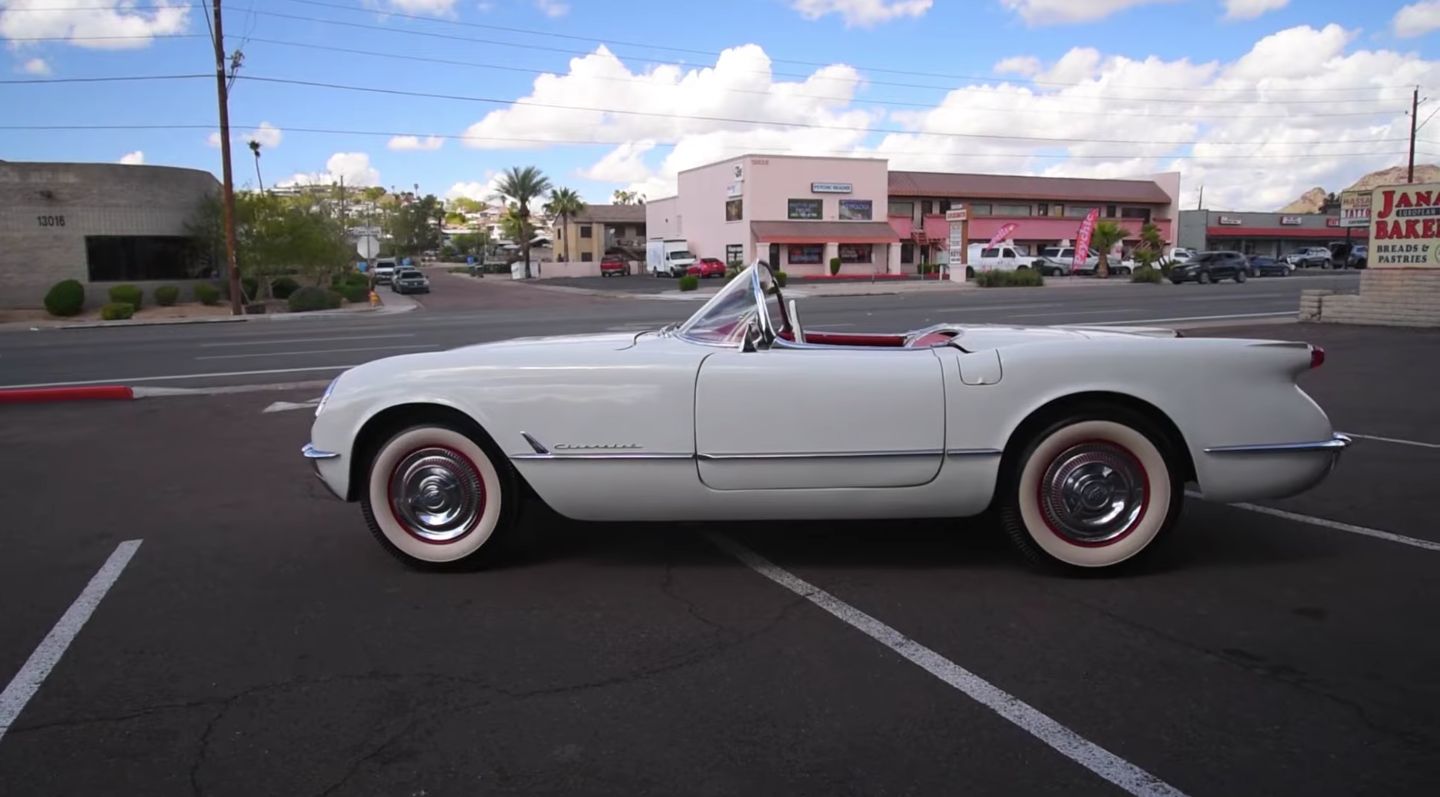 Sure, it’s very tiny on the inside and everything rattles because it was GM’s first fiberglass-bodied car, but boy does it look good. The 1953 Corvette is a work of art you can drive, and if you look at it this way then chances are you won’t be bothered by it many shortcomings.

As the reviewer humorously points out, those include the 150 HP 235 cu. in. (3.85-liter) straight-six engine which “revs to negative rpm,” the TWO-speed automatic transmission that robs the engine of whatever power it does have, mechanical drum brakes that either don’t work or lock up, and sloppy steering.

Yes, the Chevy Corvette has come a very long way as far as performance is concerned, but which one would you rather be seen in: the aggressive 2020 model or the timelessly elegant 1953 original?