The Easter egg appears to show a Tyrannosaurus Rex getting ready to eat a Raptor.

Fiat Chrysler Automobiles has embraced Easter eggs as a number can be found on Jeep vehicles.

That tradition appears to be spreading as the upcoming Ram 1500 Rebel TRX will include an Easter egg that pokes fun at Ford.

In a video uploaded by TFL Truck, we’re treated to an undisguised glimpse of the truck’s interior. We’ll have more on that in a minute, but there’s a pretty hilarious image hiding in the center console.

Besides the Easter egg, the interior images reveal the range-topping truck will have two-tone leather seats with TRX embroidery. The model will also have a unique center console with a traditional shifter that replaces the rotary unit used in more mainstream variants. The video also reveals a new trailer steering system which will presumably make backing up a trailer easier and more intuitive.

Of course, the TRX will be more off-road focused than the Trackhawk as it will feature meaty tires and a hardcore suspension. In effect, the model will borrow the F-150 Raptor formula and try to improve on it. 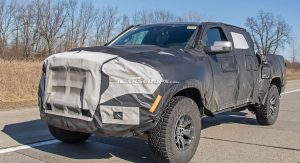 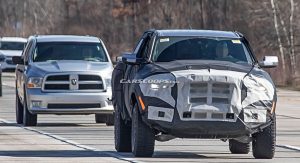 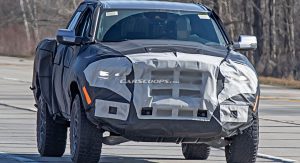 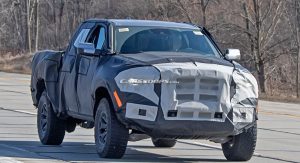 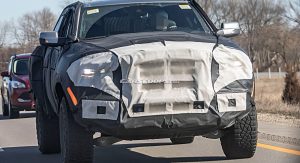 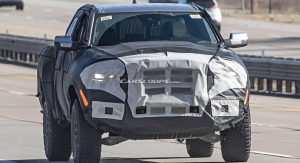 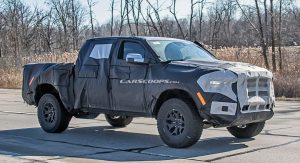 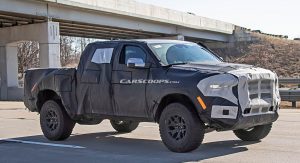 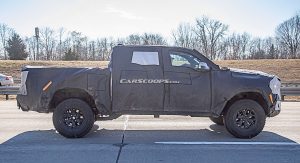 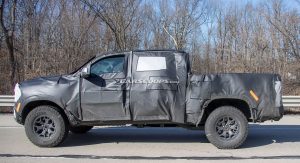 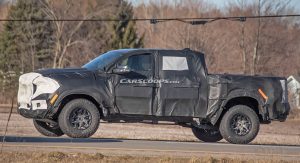 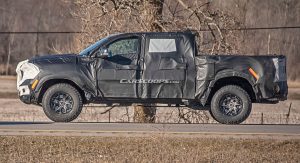 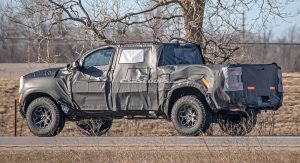 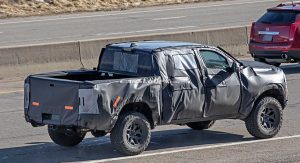 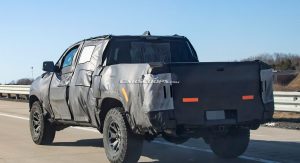 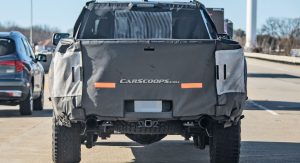 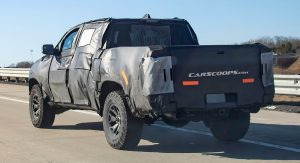