Is there anything better than a Hellcat-powered Jeep Grand Wagoneer?.

The Jeep Grand Wagoneer is set to make a return in the future but if you can’t wait for the new vehicle, then this 1989 model up for sale from Collins Bros Jeep in Wylie, Texas could be the vehicle for you.

The most important thing to mention about this Grand Wagoneer is that it is not stock. Far from it actually. Found beneath the hood is FCA’s 6.2-liter supercharged Hellcat V8 engine pumping out no less than 707 hp and 650 lb-ft (881 Nm) of torque, the same figures as the likes of the Dodge Challenger SRT Hellcat, Charger SRT Hellcat, and the Jeep Grand Cherokee Trackhawk.

Curiously, this same car was supposed to be auctioned off in Saudi Arabia in November last year.

Little details about the engine swap are revealed in the listing other than that it was performed by Black Mountain Conversions just 500 miles (804 km) ago. We presume the Grand Wagoneer also features the transmission of a Hellcat-powered model from Dodge or Jeep.

Making the SUV all the more appealing is the fact that from both the outside and the inside, it looks totally stock. The Bright Red exterior appears to have been well maintained and the original wood paneling has been retained, as have the wheels. As for the interior, it too seems to be in good condition. The seller adds that all the bodywork is stock. 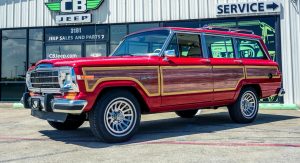 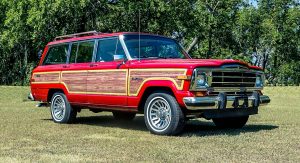 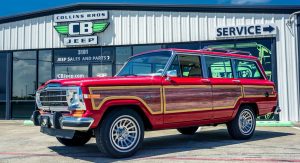 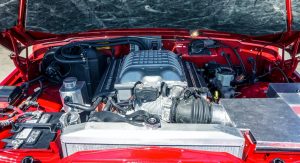 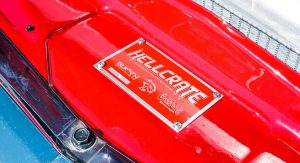 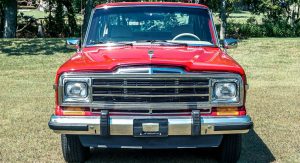 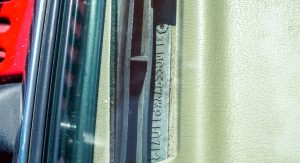 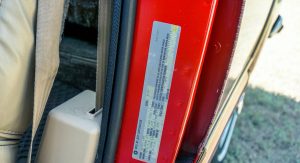 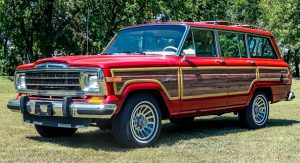 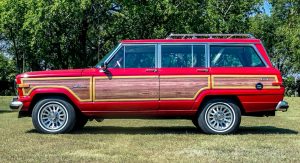 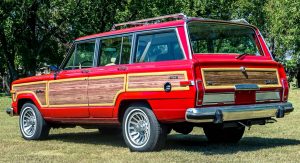 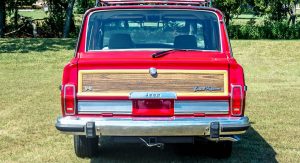 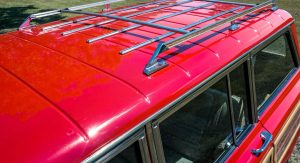 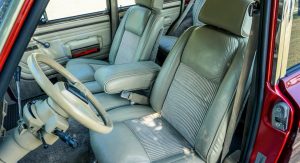 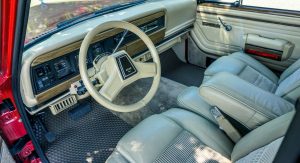 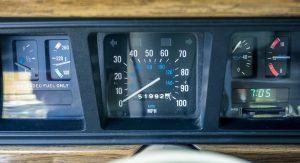 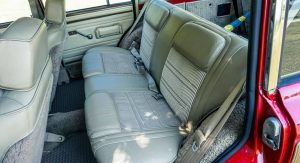 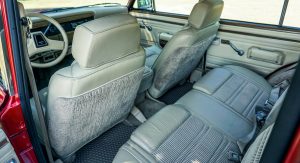 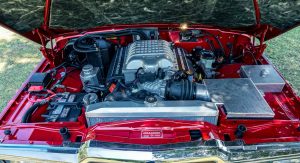 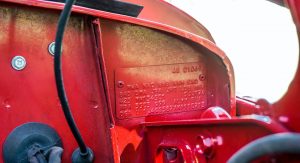 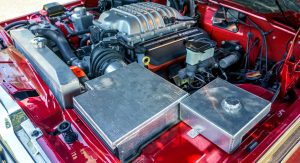 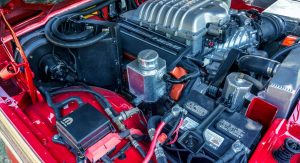