We could see it within the next month, with sales to start this fall.

While some of FCA’s new products have been delayed over the coronavirus pandemic, Dodge’s engineers have reportedly worked around the clock to make sure that an updated version of the aging Durango remains on track.

According to MoparInsiders, the technicians got to work on the SUV from the comfort of their own garages during lockdown.

Quoting undisclosed sources from withing the company, the site states that the 2021 Durango should be unveiled soon, with dealers ordering opening as soon as August 6. Production, on the other hand, is slated to start on October 5.

None of these dates have been confirmed, but they do align with pre-coronavirus reports on FCA’s plans for the refreshed Durango which has been spied lightly camouflaged on a number of occasions over the past year.

Having entered production all the way back in 2010 as a 2011MY at the Detroit, Michigan, plant, the second generation Durango is based on an old unibody platform that can be traced to the Mercedes-Benz ML. Any other manufacturer would have already introduced a replacement two to four years ago and would now be readying a facelift of said new model, but not FCA who’s product plan appears to be limited to tweaking appearances and shoehorning Hellcat engines to nearly every vehicle it makes.

On the outside, the refresh will bring a newly designed front end and possibly smaller changes to the rear along with the mandatory new wheel choices and colors. It’s said that the interior will be redesigned boasting new gear, including the firm’s 10.1-inch Uconnect touchscreen infotainment system.

In terms of power, aside from the existing 3.6-liter Pentastar V6, the big news is rumored to be the introduction of two new and very different powertrains. For the Eco-consious, Dodge will offer the 3.6-litre Pentastar V6 with the self-charging mild hybrid system “eTorque” that’s already offered in the Ram 1500 and Jeep Wrangler. On the opposite corner will be the Hellcat high-performance version featuring the omnipresent 6.2-liter supercharged V8 – you know, the 707 HP beast powering the Jeep Grand Cherokee Trackhawk and which in the Challenger SRT Hellcat Redeye, pumps out as much as 797 HP. 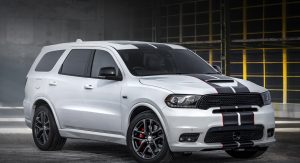 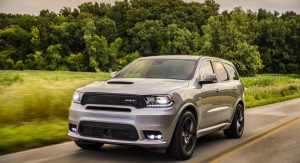 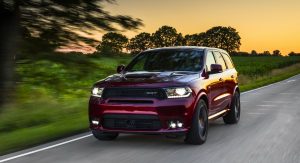 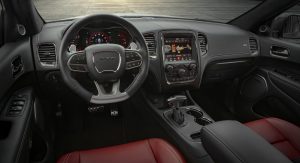 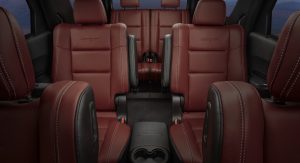 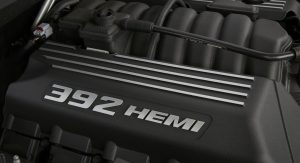