Dacia’s new SUV could launch as early as next spring.

Dacia has been flirting with the idea of launching a 7-seater SUV for many years now, and it appears that they have finally found the motivation, resources and backup to do so.

A report from L’Argus claims that the yet-unnamed vehicle will premiere next spring and will essentially retire the Lodgy. The minivan hasn’t been doing all that well in terms of sales, with only 28,994 examples shipped across Europe last year according to CarSalesBase, compared to the 220,167 units of the Duster.

The French publication expects the new model to be an SUV, roughly 4.5 meters (~177 in) long, based on an extended version of the CMF-B platform that also underpins the new-gen Renault Clio and Captur, as well as the latest Nissan Juke. It’s expected to sport a different design signature than the Duster, with a boxier styling that will open up room inside for three rows of seats.

On the tech front, it will have a new infotainment system that should also be shared with the next Sandero. It’s highly unlikely that it will offer higher driver assistance systems like Level 2 semi-autonomous driving, but could launch with Lane Departure Warning and Blind Spot Warning, among others.

Power units such as the 1.0-liter and 1.3-liter TCe petrol and 1.5-liter dCi diesel are understood to make up the engine family at launch, with the French report stating that the E-Tech hybrid system that debuted in the Clio will be offered at later date. In Renault’ supermini, the electrified 1.6-liter four-pot produces 140 PS (138 HP / 103 kW). Being that the 1.2 kWh battery in the Clio E-Tech might eat into the rear passenger compartment, it’s unknown whether this drivetrain will accommodate seating for seven. 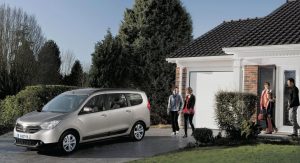 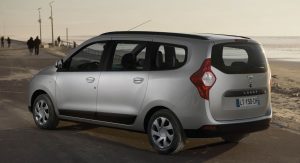 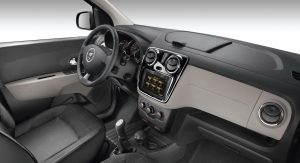