Bronco Nation’s main goal is to set up a 2021 Ford Bronco community.

Ford Bronco owners and fans of all things Bronco can sweeten the wait until the world debut of the all-new 2021 Bronco and 2021 Bronco Sport by accessing a new website made especially for them.

It’s called the Bronco Nation and was developed by a passionate group of enthusiasts “whose mission is to celebrate the iconic Bronco brand and build a community for everyone that loves the Bronco.”

The website describes itself as “an independent enthusiast community and the first to be nationally recognized and certified by Ford.” Bronco Nation is said to be built by “a passionate and knowledgeable community of enthusiasts” and its goal goal is to create a community for Bronco fans. It will do that by hosting exclusive news, community forums, events, interactive maps, how-to content, historical archives, and other resources. 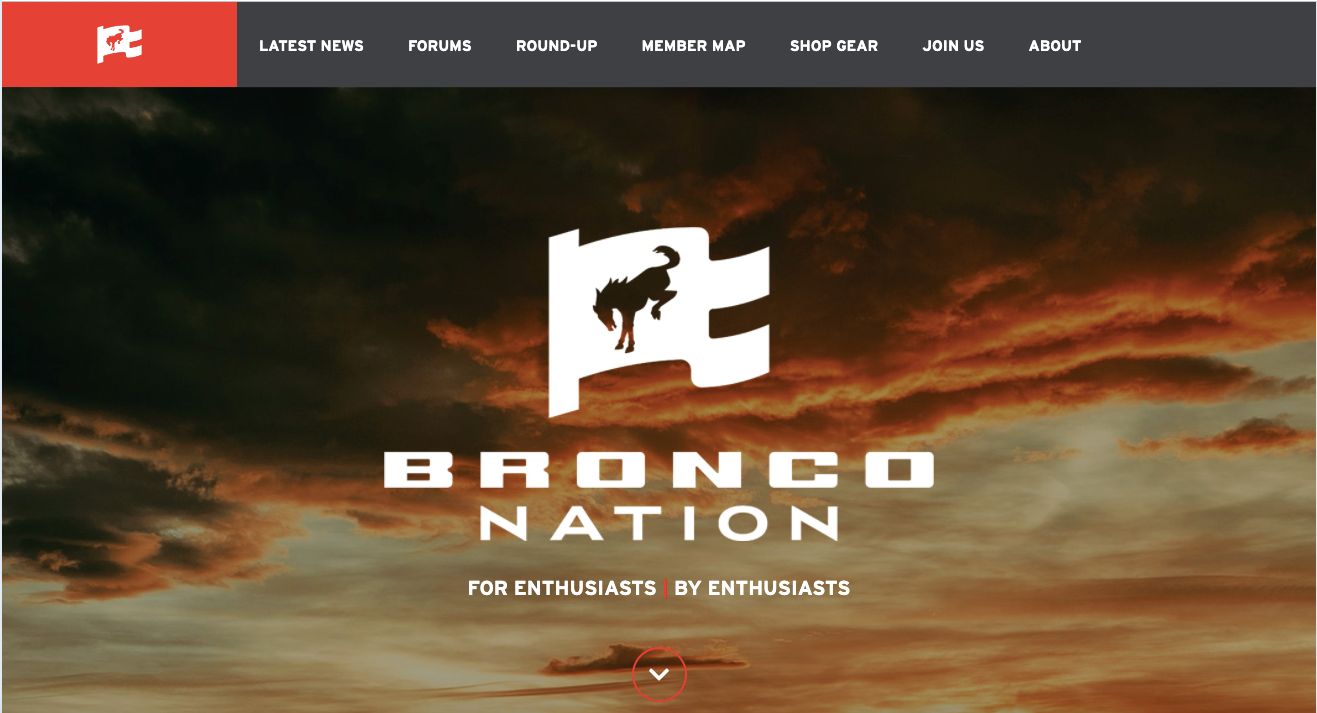 Bronco enthusiasts will also be able to buy merchandise from the website, which currently offers t-shirts, caps, patches, and sticker packs. Obviously, the website focuses more on the upcoming 2021 Ford Bronco which is likely the reason why it was set up in the first place. Ford needs a Bronco community to rival the Jeep Wrangler community and Bronco Nation aims to do just that.

While it looks great, the website is low on fuel at the moment and by fuel we obviously mean 2021 Bronco- and 2021 Bronco Sport-related stuff. Originally scheduled to debut on March 17, the all-new Bronco body-on-frame SUV was delayed because of the coronavirus outbreak and is currently expected to launch sometime this year.

The launch of the smaller, unibody Bronco Sport was also delayed for the same reasons. Production has been postponed by nearly two months, with manufacturing of the SUV now scheduled to start on September 7 at Ford’s plant in Hermosillo, Mexico. The 2021 Ford Bronco will be made in the United States, at the Fort Wayne plant in Michigan.