The Mercedes A45 AMG was uninsured, so it could face the crusher.

The driver of an older Mercedes A45 AMG got to enjoy his new ride for a grand total of…just one hour after he bought it, as he was pulled over by the police for speeding on Friday evening (May 15).

According to GMPTraffic, the officers stopped the hot hatch in Heywood, England, last week, and upon inspection, they found out that it wasn’t insured, so it could turn into one of the most expensive joyrides in history.

“Driver of this Mercedes was stopped on Friday evening by GMPSRTT patrol after driving it like he stole it in GMPHeywood”, the local police force informed on social media. “Driver had just purchased the car only an hour earlier, but unfortunately though, he hadn’t insured it yet.” As a result, the vehicle was “seized and the driver reported”, they added.

Under Section 165A of the Road Traffic Act 1988, police in the United Kingdom have the power to seize vehicles driven without license or insurance and dispose of them either through the crusher or selling them off. We’ve seen it happen to a number of very expensive and exclusive rides in the UK. Hopefully this driver has learned his lesson and won’t abuse the throttle anymore on public roads, should he ever be reunited with the car that he only enjoyed for an hour.

Driver had just purchased the car only an hour earlier but unfortunately though, he hadn’t insured it yet 🤷‍♂️ 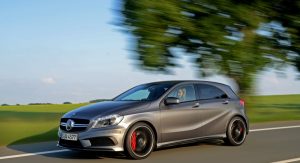 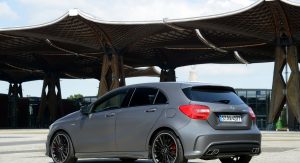 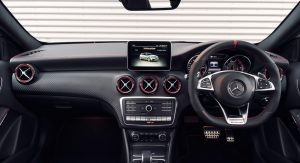