Porsche’s rollout of the all-new 992 generation continues and a few pieces of the 911 family puzzle are still missing.

The most widely anticipated are the 911 GTS and 911 GT3 variants, but it’s easy to forget that Porsche traditionally offers more than just road-going 911 models. The luxury sports car manufacturer also builds 911 race cars and is currently developing the 992 iteration of the 911 GT3 R.

The prototype racer was seen for the first time last week on the Nürburgring Grand Prix track and our photographers were there to immortalize the moment on camera. 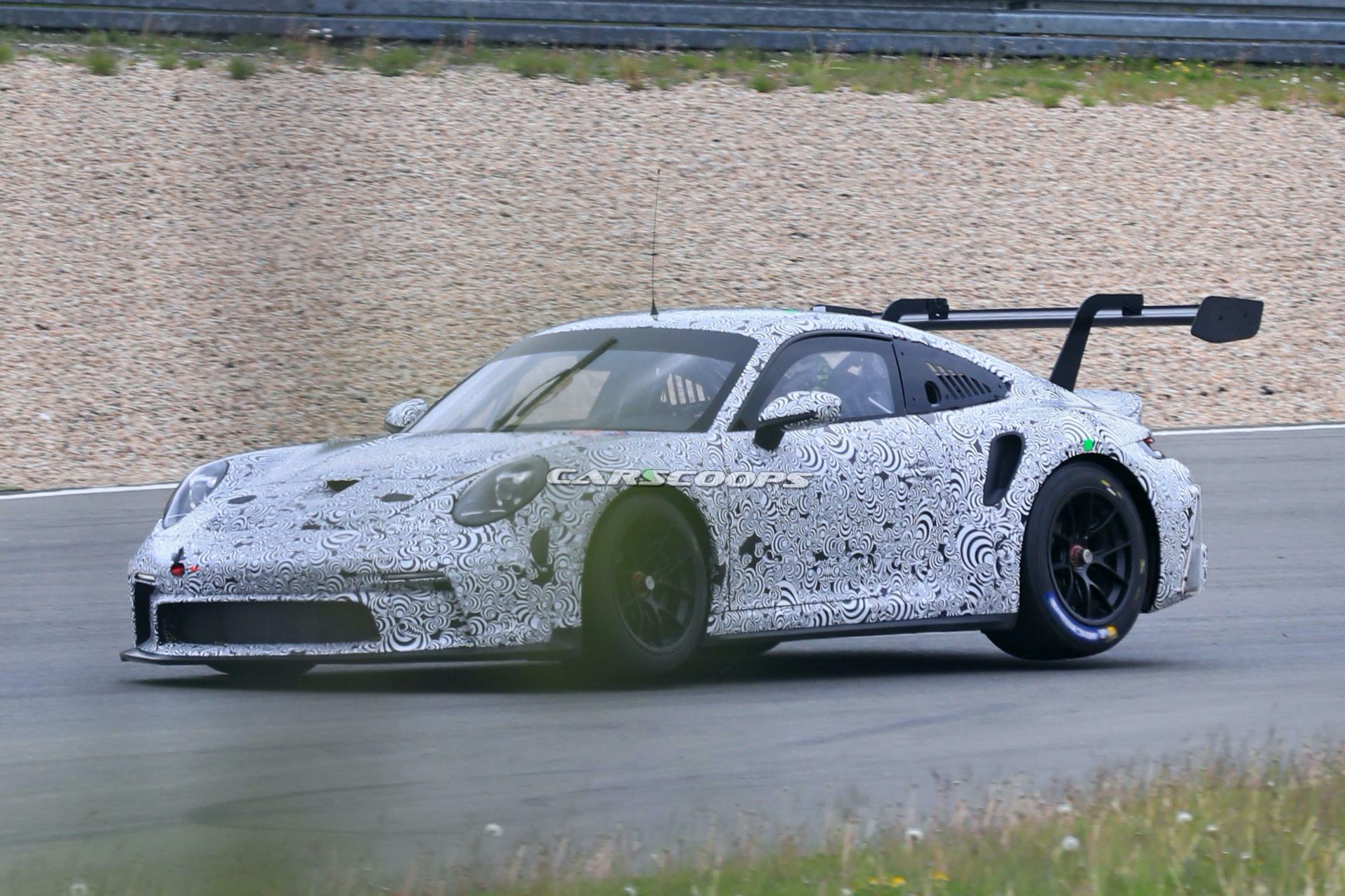 That’s a pretty big deal considering that the test took place under the strictest secrecy. This explains why the photos were taken from a big distance but don’t worry because we zoomed in on the car for you.

As you can see, the 992 racer is fully camouflaged but that doesn’t prevent us from spotting motorsport-typical elements such as the track-focused aero kit featuring a front splitter, extended side skirts, rear diffuser and huge rear wing.

The single lug-nut wheels shod with Michelin racing slicks, front hood scoop, and extra air intakes on the rear fenders also indicate this is not your average 911. As with its predecessor, it also features a roll cage and no rear windows, which are replaced by a vented panel that’s likely used to help cool down the cockpit more efficiently. 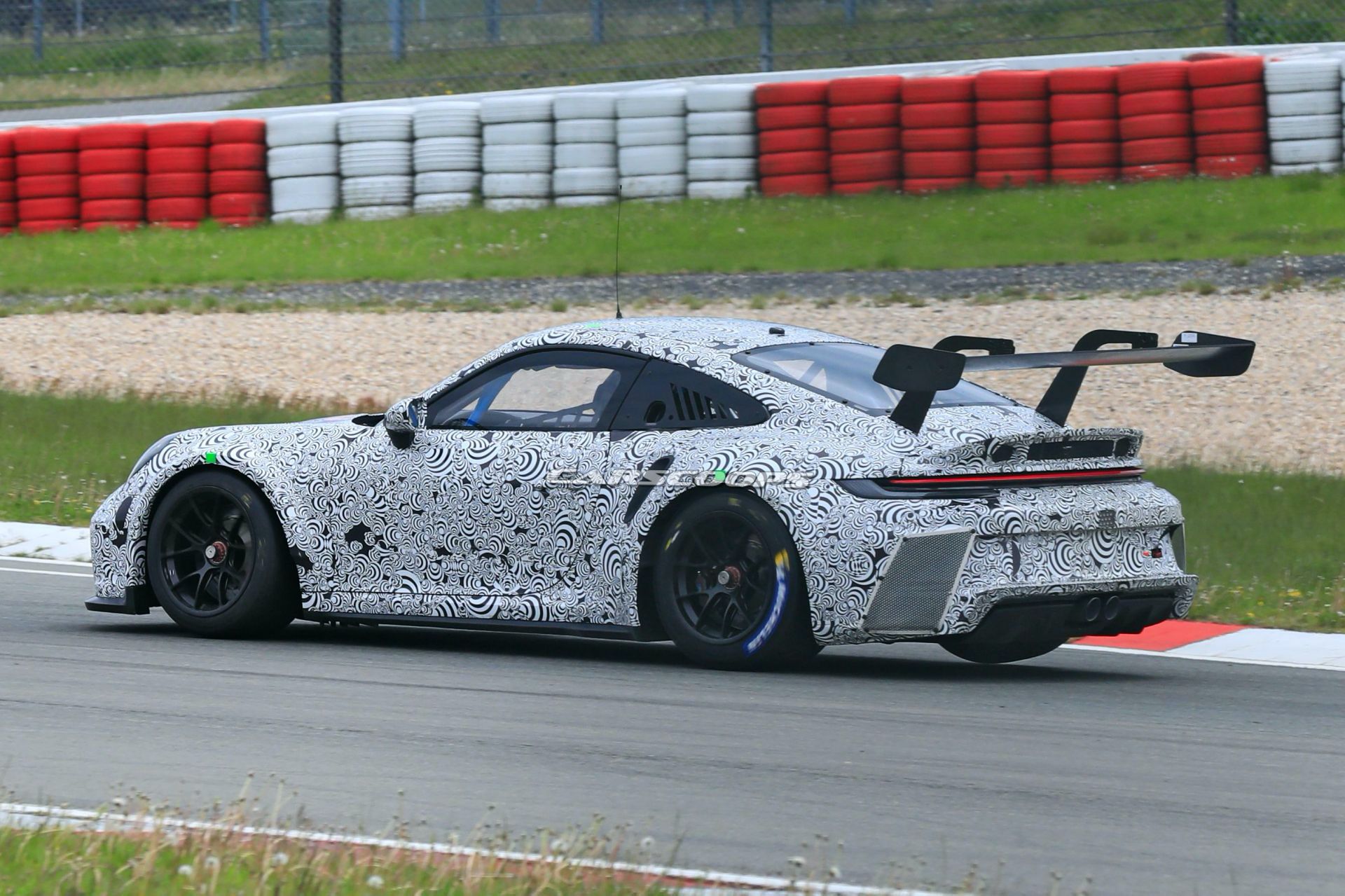 The test too place over several days and the prototype racer drove the entire GP course, including the Dunlop hairpin. Several Porsche factory drivers were spotted at the track during the test, including Klaus Bachler.

For now, there’s no official information regarding the powertrain of the new 911 GT3 R but it’s expected to be an evolution of the unit fitted to the outgoing model. The 2019 Porsche 911 GT3 R features a naturally aspirated 4.0-liter flat-six engine which develops 550 PS (542 HP / 404kW), channeled to the rear wheels via a sequential six-speed gearbox. 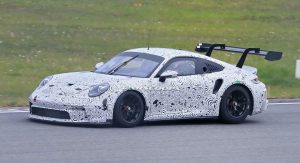 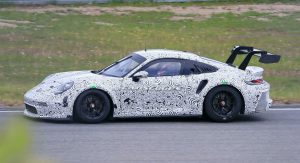 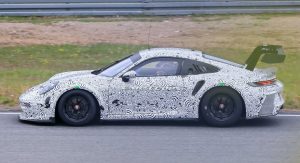 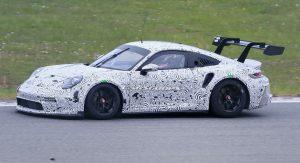 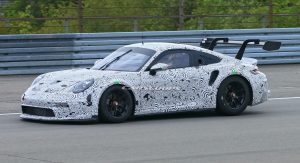 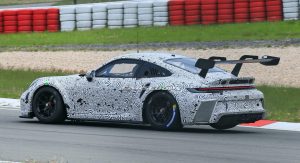 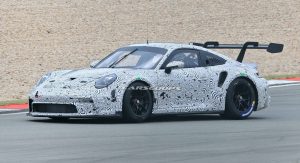 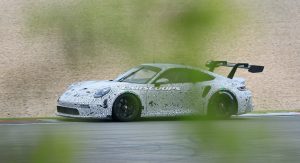 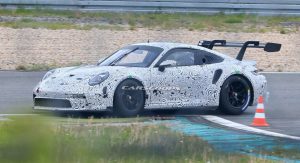 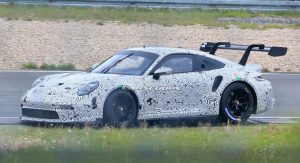 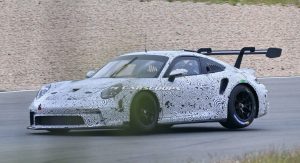 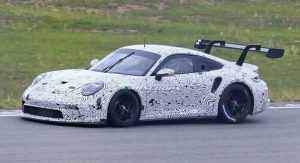 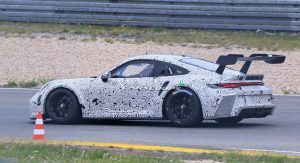 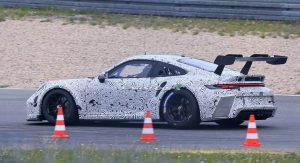 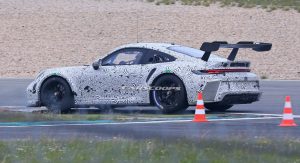 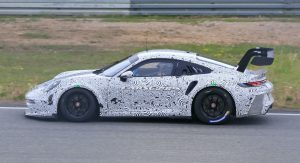 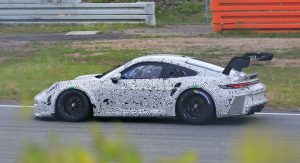 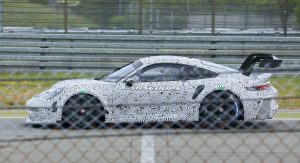 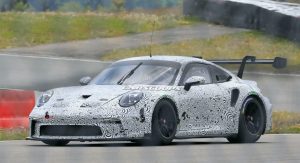 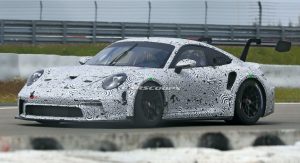 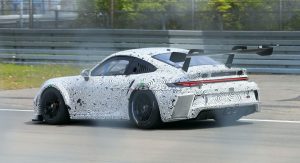