A design student has envisioned an expansion of the Mustang nameplate with an electric hypercar.

The Ford Mustang is one of the planet’s most iconic performance names and essentially, a brand within a brand, but what if the Blue Oval decided to drastically overhaul the Mustang as we know it and launch an all-electric hypercar with that famous nameplate? That’s what these illustrations from Ankit Ukil, an automotive design student at the College For Creative Studies in Detroit, try to depict.

In an email sent to CarScoops, Ukil said he participated in a project to imagine a electric expansion to the Mustang nameplate for the next decade, much like what Ford has done today with the Mach-E electric crossover. In some ways, you could say that this study sees GM’s mid-engine adventure and raises it by a hypercar.

Ukil says he was prompted to design this radical Ford as a way to inspire and excite the public in an age where self-driving cars are becoming more common and two of the Mustang’s core pieces of appeal, its driving experience and the V8 soundtrack, get pushed to the side. 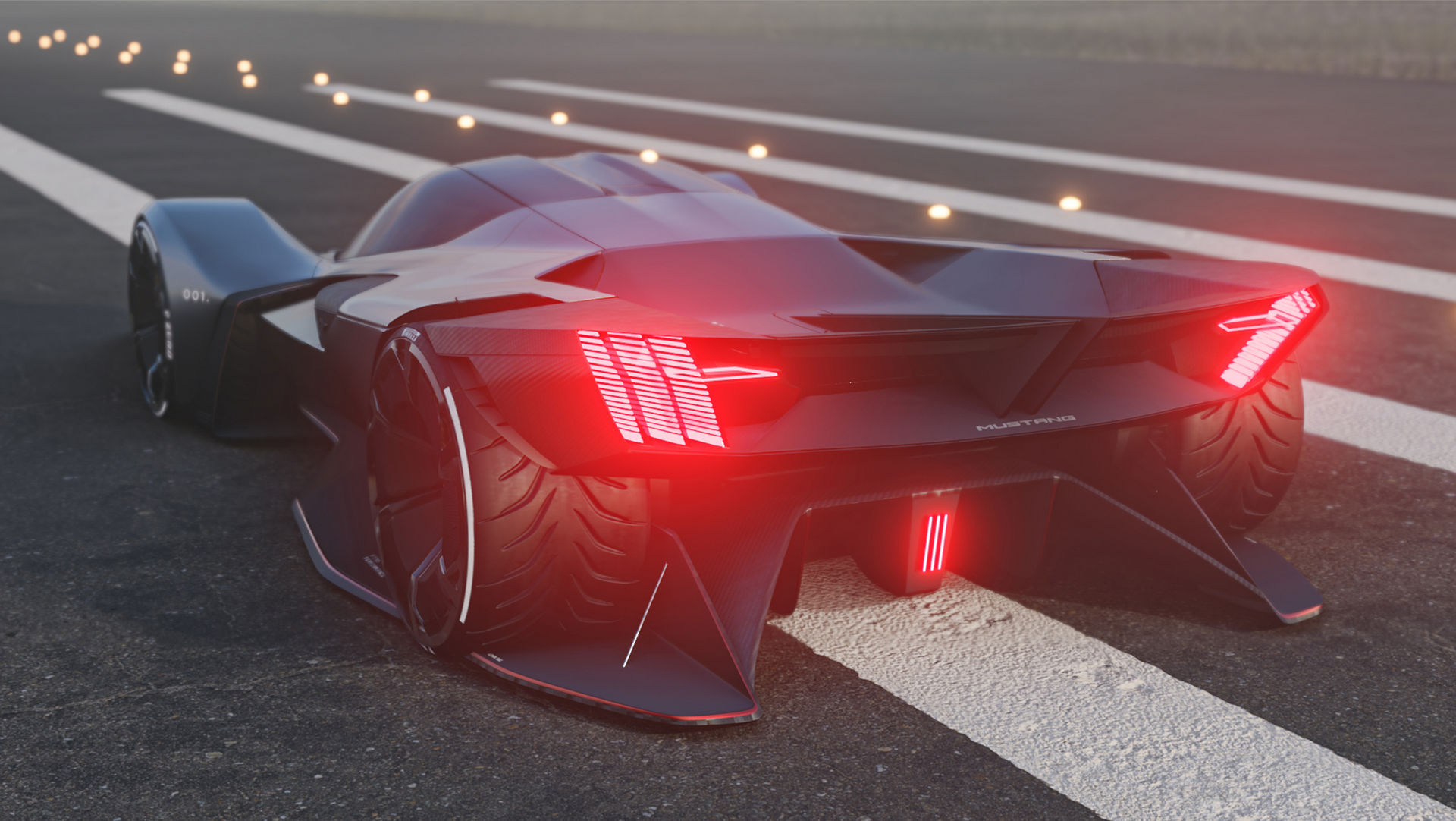 “My answer to that was to create a track-specific electric hypercar for Mustang which would be super low production, but at the same time, would be a digital asset for the company that can be experienced by anyone using simulator and VR technology to be used in any video games  similar to Team Fordzilla’s P1 initiative,” Ukil tells CarScoops.

“I call this the Mustang Vision 001. Given that the Mustang marque draws it’s name from the P-51 mustang, I decided to look at Modern fighter jets as well as classic Group-C Le Mans cars for form inspiration for the car to instill a bold and aggressive form language into the design,” he told us.

The front end of the Ford Mustang Vision 001 is exceptionally striking and includes a low-slung nose with sharp LED headlights and a massive splitter to stick the front wheels to the pavement. Additionally, there are a set of bulging arches housing the wheels as well as a glass cockpit that’s barely any higher than these arches. Such a design would give the driver a unique view of the road and help them place the car perfectly when cornering.

If you thought the front was bold, the rear takes things to another level. Immediately standing out are the Mustang-inspired LED taillights as well as a bold diffuser and the lack of any traditional bodywork behind the rear wheels. It’s a similarly open design to the rear of the Aston Martin Valkyrie albeit even more striking.

Note: This is an independently designed study that is in no way related or endorsed by Ford. 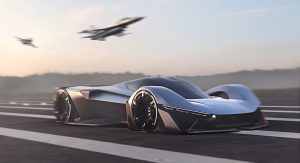 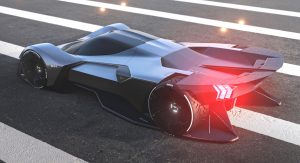 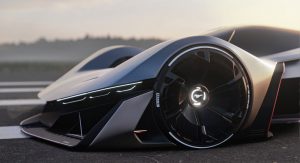 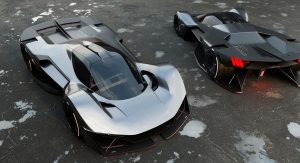 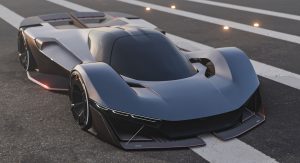 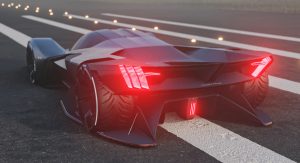 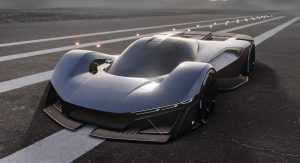 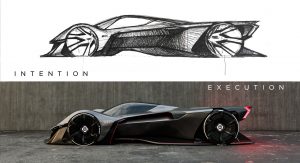 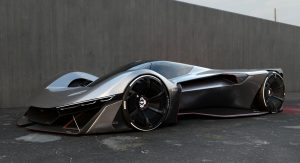