The Mercedes-AMG EQS electric flagship sedan is expected in 2022 with over 600 HP.

Mercedes-AMG will get involved in the electric game, and their first product is expected to be the range-topping version of the upcoming EQS.

Presumably named the Mercedes-AMG EQS, the car is apparently due in 2022, according to Autocar, which quotes a high-ranking engineer.

The AMG version of the electric EQS will feature a dual-motor setup that will generate in excess of 600 HP and 664 lb-ft (900 Nm) of torque, as it is said to at least equal the outgoing S63.

The latter packs the omnipresent 4.0-liter twin-turbo V8 that rockets it to 62 mph (100 km/h) in 3.5 seconds. Top speed in the electric model should be electronically limited to 155 mph (250 km/h) to better preserve the electric juice.

Besides the powerful assembly, the range-topping member of the EQS family will have an advanced all-wheel drive system that will direct the output and torque to each corner as needed. Additionally, it will be equipped with a new energy recuperation system derived from Formula 1, whose ability to recover energy otherwise lost during braking will exceed that of similar systems.

The same drivetrain is reportedly going to be employed by more future electric AMG models, such as the EQE sedan and EQG (G-Class) SUV. These will mirror the current 63 lineup, offering similar levels of power and performance. It’s unknown yet whether the compact EQA and EQB, as well as the mid-size EQC will adopt it.

Expected in roughly one year, probably as a 2021 or 2022MY, the regular EQS will be similar in size to the E-Class. However, the clever engineering that went into it will lead to improved interior space that will bring it close to the S-Class.

Based on the EVA platform, the new Mercedes EQS is expected to launch with a 100 kWh lithium-ion battery pack, mounted within the flat floor, giving it a range of up to 430 miles (692 km) in the WLTP cycle. It will also support 350 kW fast charging, which means around 20 minutes of plug-in time to reach an 80 percent charge.

The EQS will rival the likes of the Tesla Model S, Porsche Taycan, Audi E-Tron GT and BMW i7 (electric 7-Series). 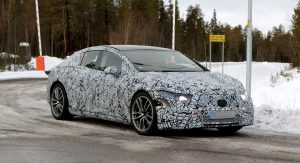 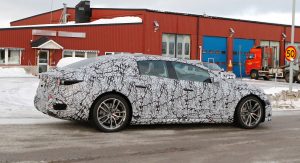 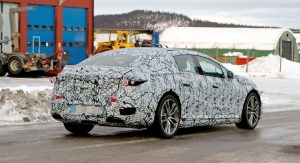 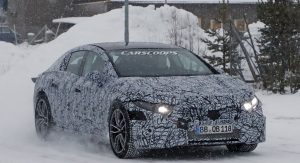 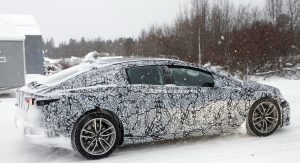 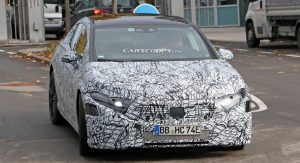 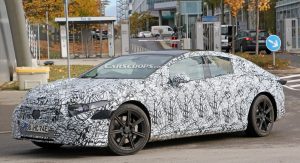 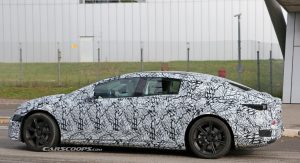 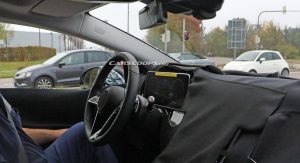