Ford looks set to release a new Mustang Mach 1 but may kill off the GT350.

It appears as though Ford will re-introduce the ‘Mach 1’ name with a special version of the Mustang for the 2021 model year.

A document reportedly leaked from within Ford and shared on the Mustang6g forum lists a Mustang ‘Mach 1 Coupe’ alongside existing variants such as the GT Coupe, GT Convertible, four-cylinder Coupe/Convertible, and the flagship Mustang Shelby GT500. Interestingly, there is no mention of the GT350 and GT350R in the document, indicating that they could be killed off at the end of the 2020 model year.

It remains unclear how the forum member got hold of this document and it’s also difficult to say whether or not it is legitimate. 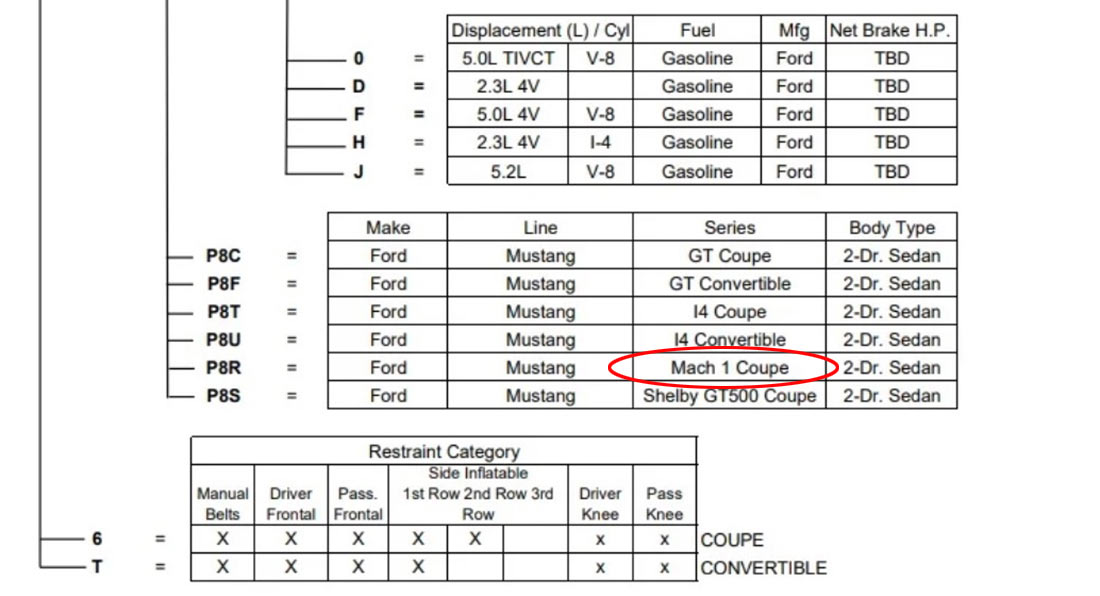 This isn’t the first time there has been talk about a new Ford Mustang Mach 1. In fact, for some time it was rumored that the all-electric Mustang Mach-E would be called the ‘Mach 1’ but that (thankfully) never happened. In more recent months, a high-performance Mustang was been spied testing in Michigan and may have provided us with an early taste of what to expect from the Mach 1.

The prototype spied shared a striking resemblance to the Shelby GT350R with similar front and rear fascias as well as a raised rear spoiler, leading some to suggest that it could replace the Mustang Bullitt and slot between the GT and GT350. However, with this document indicating that the GT350 won’t live through until the 2021 model year, it’s possible the Mach 1 will actually act as a replacement to it. If that were to be the case, perhaps the flat-plane crank 5.2-liter V8 of the GT350 could soldier on. 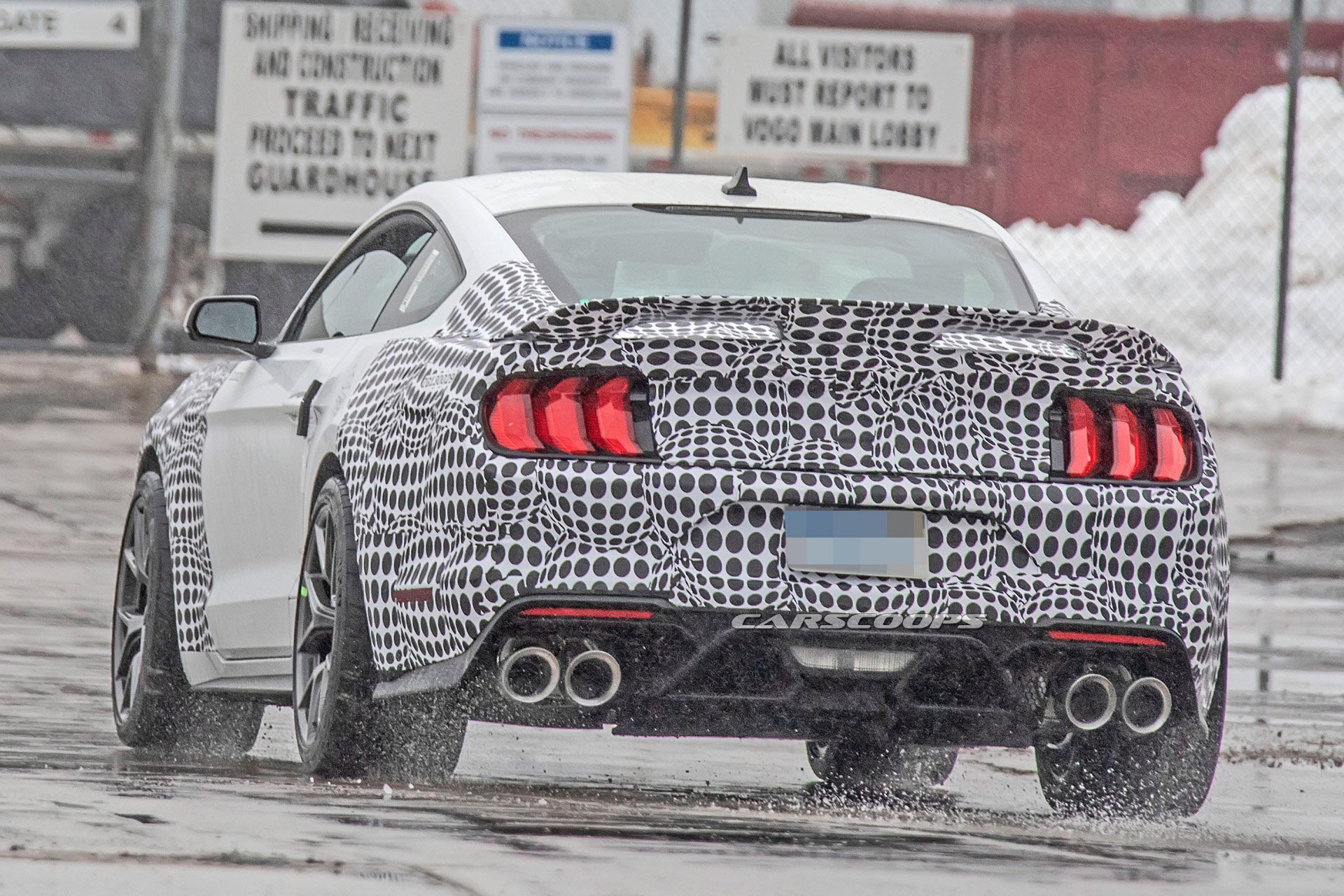