Every single Mulliner Bacalar produced by Bentley will be totally unique, and there will only be 12 of them.

Bentley will only make 12 units of the Mulliner Bacalar, unveiled last month as an uber-luxurious coachbuilt two-seater convertible. As expected, all 12 are already spoken for.

However, the Bentley Design Team decided to give us a taste regarding the vehicle’s possible range of customization, creating six different specs dubbed Clerkenwell, Menlo, Fulton, Greenwich, Brickell and Randwick.

According to Bentley, a newly-developed color pigment, synthetically manufactured to add a metallic quality, gives the Bacalar’s handcrafted exterior more presence. Overall, the Mulliner team can create an unlimited number of paint colors.

“The six example specifications we have created each have their own personality and purpose, but what they share in common is that only Bacalar can reflect this level of personalisation and attention to detail,” said Maria Mulder, head of Color and Trim at Bentley.

“Regardless of your personal style, whether it be to spec your Bacalar with a bold Yellow Flame exterior paint synthesised with rice husk ash, or a more subtle Moss Green that reflects the car’s heritage, or to develop your own artisan piping, or co-create a unique fabric blend, the Bacalar gives you these opportunities.”

This spec is inspired by the Brooklands racetrack and is said to encapsulate “a modern, effortless style accentuated by British racing heritage.” Its name refers to the Central London borough of Clerkenwell, which houses some of the city’s oldest architecture.

The look of the car is a contrast of dark green and brown, as the Moss Green paint blends in with Cumbrian Green and Golden Oak hides, featuring Saddle thread stitching and Cheltenham Tweed.

The exterior brightwear meanwhile is in Dark Bronze Glass, linking the outside and inside of the vehicle.

The name comes from Menlo Park, in Palo Alto, California, the home of many of the world’s greatest entrepreneurs and tech companies.

The exterior is wearing a Cobalt finish, in contrast to the Beluga hide with Cyber Yellow accents inside and out. Meanwhile, this spec’s modern Anthracite Alcantara textile is complemented by a Piano Black veneer.

Inspiration for the spec comes from downtown Chicago’s Fulton River district, as the exterior is covered in Lacquer Red.

This spec was inspired by bespoke tailoring and the English countryside, in association with London’s Greenwich borough.

On the outside, the bespoke New Grey paint is said to capture all that the Greenwich represents, meaning “classic yet evolving”. Inside, there is Cricket Ball leather, contrasted by the Grey Tweed textile, Open Poor Riverwood, High Gloss Riverwood, matte black brightware and Camel contrast thread.

The exterior boasts a new concept Atom Silver paint, contrasting with Hyperactive accents. Inside, there is Brunel leather, Open Pore Riverwood and Piano Black veneer, while the Grey Tweed textile is said to add a “touch of class and sophistication.”

This spec was actually selected for Bentley’s demonstration car, inspired by the rays of sunshine found in Sydney’s Randwick suburb.

This Bacalar’s exterior is enlightened by the Yellow Flame paint with contrasting Gloss Black highlights, a theme that continues through to the interior where Beluga leather and Grey Tweed textile are joined by bright Khamun accents (first time on a Bentley).

Other touches include the Dark Bronze brightware, plus the combination of Open Pore Riverwood and Piano Black veneers.

The British brand is also launching a “Design Your Own Bacalar” competition through the @BentleyComms Twitter channel, inviting both adults and children to download a blank template that can be customized in a number of ways. The best designs will be sent back to Bentley, adjudicated by the carmaker’s design team and highlighted on the channel. 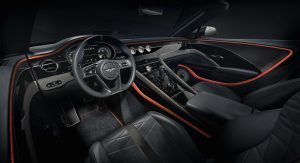 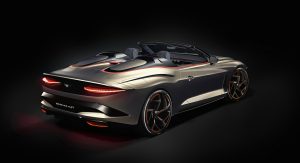 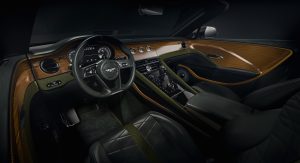 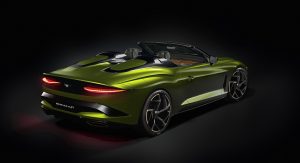 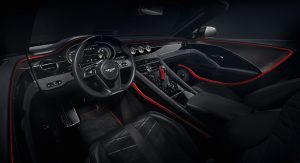 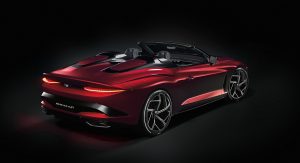 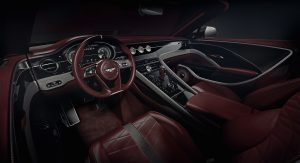 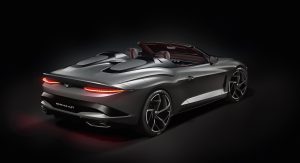 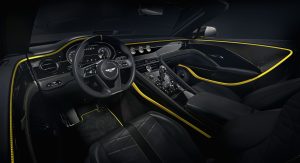 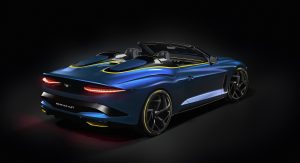 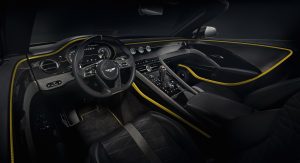 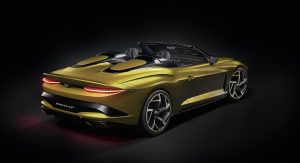 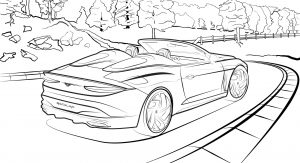 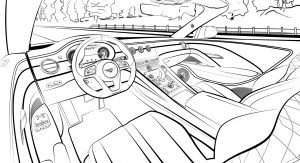 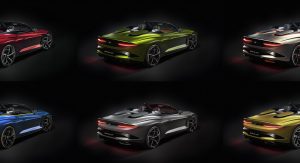