Kia will unveil the European-spec 2021 Sorento via a Facebook livestream on its Kia Motors Worldwide page.

Kia had a different scenario in mind for the world debut of its all-new Sorento midsize SUV but the cancellation of the 2020 Geneva Motor Show caused a sudden change of plans.

The automaker has delayed the fourth-generation Sorento’s debut for March 19, 2020, via a less glamorous Facebook livestream starting at 12:30 CET (7:30 EST). Kia promises this won’t be your average online unveiling, though.

The company invites the audience to participate in the broadcast, and says its representatives will be responding in real-time to questions from viewers following a short presentation. The 60 best questions will be rewarded with a six-month print and digital subscription to TIME magazine. 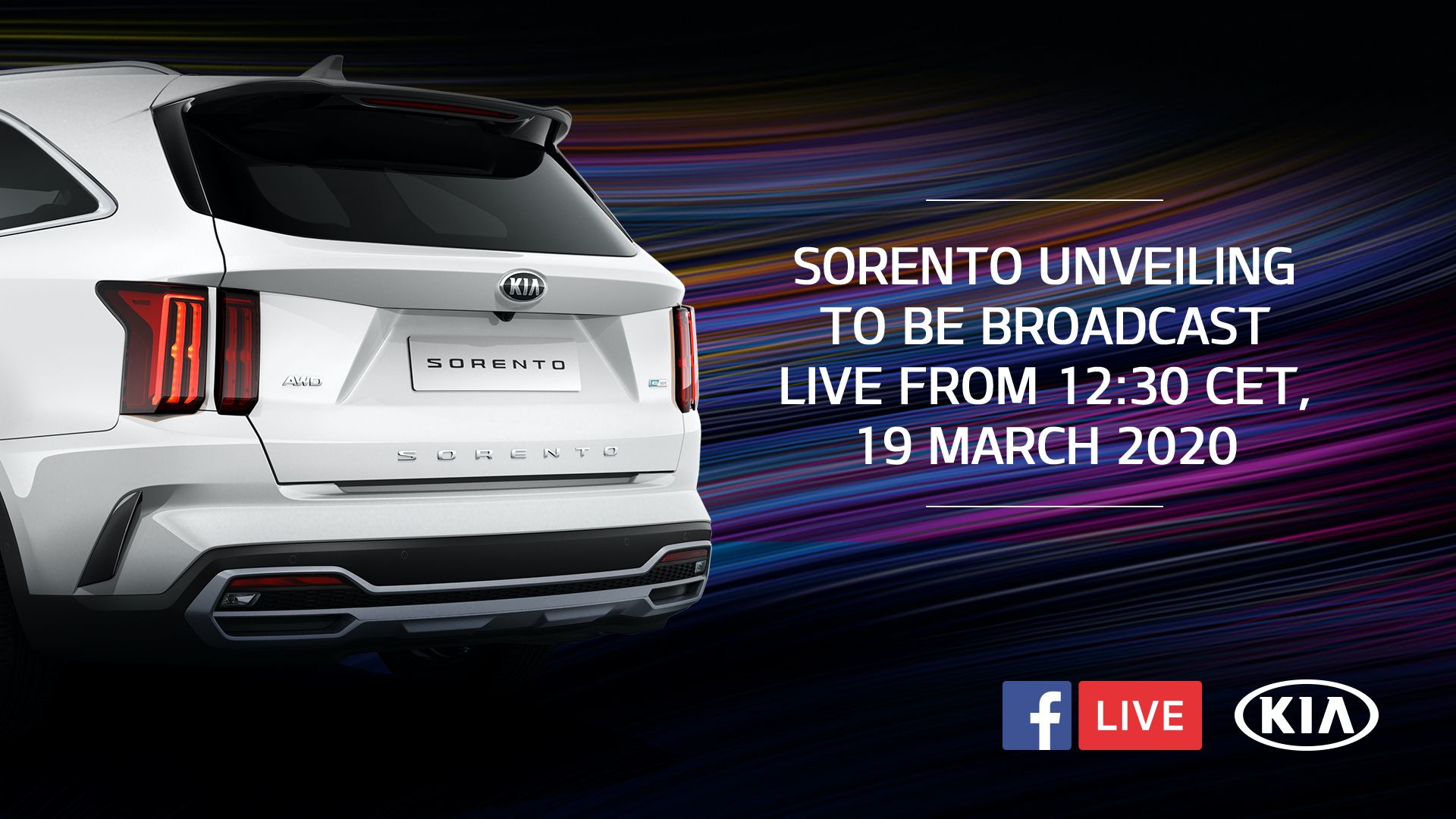 During the online event, Kia will showcase the European-spec Sorento, based on the same N3 architecture as the latest Hyundai Sonata introduced last year. Described as “one of the most versatile and spacious three-row SUVs on the road”, the 2021 Sorento features a compact engine bay structure, shorter overhangs, and a 35-mm (1.36-in) longer wheelbase than the outgoing model.

In Europe, the engine lineup will include a 227 HP (230 PS) ‘Smartstream’ turbo-hybrid powertrain as well as a 2.2-liter four-cylinder ‘Smartstream’ diesel engine with 199 HP (202 PS) and 324 lb-ft (440 Nm) of torque. The diesel will be paired with Kia’s new eight-speed wet double-clutch transmission. 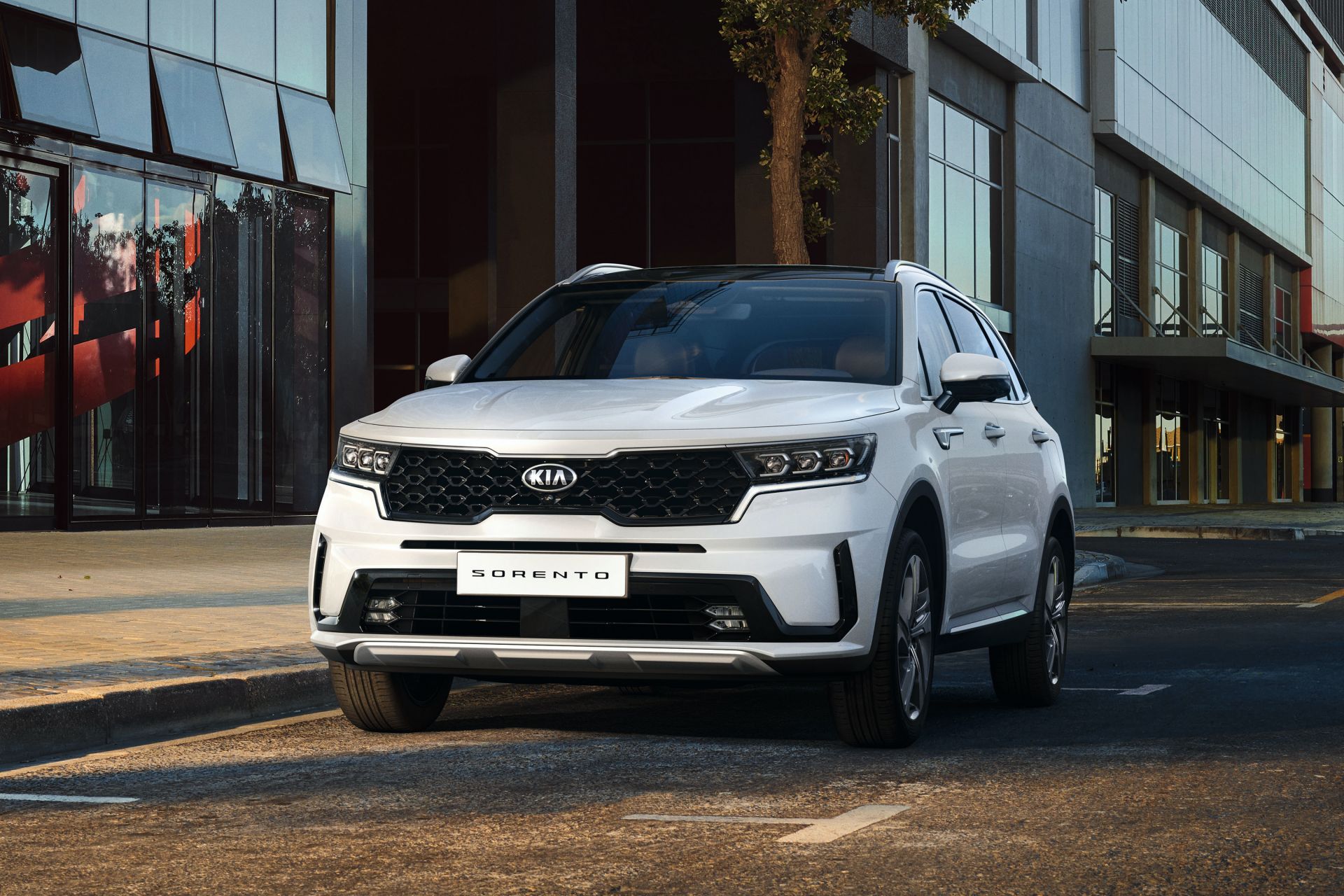 Later on, Kia will offer a series of other petrol engines as well as an additional plug-in hybrid variant. Regardless of the engine choice, the automaker promises greater fuel efficiency, lower emissions, and higher performance than before.

More details on the 2021 Kia Sorento for European markets will be announced later this week. The model will go on sale in the UK in the third quarter of this year. 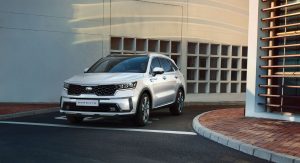 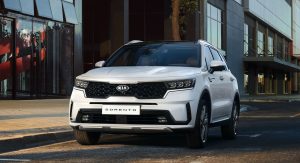 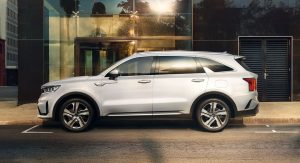 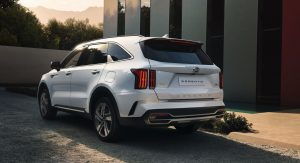 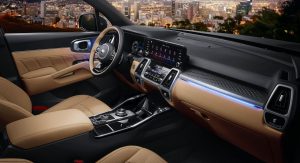 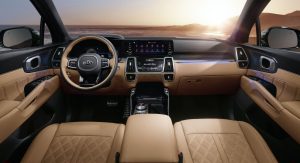