Both the Jaguar F-Pace as well as the Alfa Romeo Stelvio make for intriguing purchases in the used car market.

Does it bother you that everyone seems to drive one of Germany’s big-3 luxury compact SUVs like the Audi Q5, BMW X3 and Mercedes GLC? We know what you’re thinking, so keep on reading.

With crossovers, you can get them as cheap as you’d like, even older premium models. But what if what you’re looking for is a relatively still new, reasonably priced, premium crossover that drives like a charm?

If that’s the type of family car you’re looking for, then we’re here to argue that rather than turning over every stone in favor of a bland-looking 2019 BMW X3, which only recently broke below $30,000 on the used car market, you might want to set your sights on the Jaguar F-Pace or the Alfa Romeo Stelvio. Either will do, really.

First off, both of these models went on sale in the U.S. at around the same time, about three years ago, as newly developed compact premium SUVs. This means that either of the two can provide you with generous levels of modern convenience and safety equipment that will still feel as up-to-date today as it did back in 2017, at least to most buyers.

You can also get them with modern four-cylinder turbocharged gasoline units, or even a supercharged 3.0-liter V6 in case of the Jaguar. And yes, you’re still getting that car at well under $30,000.

Talk me into the Alfa

Well this shouldn’t be too difficult. For starters, its styling is completely unobtrusive. Unlike some of its German rivals, the Stelvio isn’t trying too hard to impress, not that it needed to in the first place.

It’s based on the same Giorgio platform as the Giulia and while it doesn’t ride quite as sharp as its four-door saloon sibling, it’ll certainly feel more sporty than if not all, most of its direct competitors.

“We were actually surprised at how nimble and balanced it felt for a crossover, even without the optional sport suspension with adaptive dampers. It rides on the firmer side but has a fairly compliant suspension (on 19s) to road imperfections under normal driving conditions.” – straight from our 2018 Stelvio 2.0T Q4 long-term review.

From what we’ve been able to gather through Autotrader, you can get that exact crossover for around $25,000 (less with a bit of haggling), and some of them don’t even have that many miles on the clock. See a few examples:

So yes, it’s fast, good-looking, fun to drive and barely two years old, all for the price of an entry-level 2020 Toyota RAV4.

I’m sold! Now why would I want the Jag?

Jaguar has been on a roll ever since it started building cars on its JLR D7a platform, which also underpins the current XE, XF and Range Rover Velar. While the jury is still out on the Velar, both the current-gen XE and XF have proven to be enjoyable behind the wheel.

You get more of the same with the F-Pace, which is arguably a very handsome SUV, thanks to that stoic design language. It’s also a little bit bigger than the Stelvio, which is why some people hesitate to call it compact. However, while its dimensions place it somewhere between a BMW X3 and an X5, it’s actually a lot closer in size to the former than the latter, which means it’s not that much larger than the Stelvio either.

Still, it’s slightly longer, wider and has a larger wheelbase than the Stelvio, which means longer journeys could be a little more comfortable if you go British instead of Italian with your choice here.

Another reason why you might favor the Jaguar here is because its interior features ever-so-slightly better materials, but only in certain places. Of course, if you mostly care about how they drive, then it’s the Alfa Romeo that will feel more agile (it weighs less by 253 lbs) – but generally speaking, the F-Pace maintains its poise remarkably well too through tight corners; certainly better than most larger SUVs.

You’ll notice that while some F-Pace models come with a 247 HP (250 PS) 2.0-liter four-cylinder gasoline unit (not unlike the Stelvio), the British people hauler can also be had with a supercharged 335 HP (340 PS) 3.0-liter V6. Power is sent down with the aid of an 8-speed automatic, but 0-60 times aren’t quite as good as the Stelvio’s, except if you get the F-Pace S version (375 HP), which sadly is a bit more expensive.

Are these the best-possible prices?

For starters, these are listing prices, so there’s definitely room for haggling and if you’re willing to sacrifice low mileage figures, even better. Sure, both models will eventually break below the $20,000 mark on the used market, but it’ll take a few more years for them to be priced as low as a Discovery Sport or some high-mileage GLC is right now. Either way, one thing we’d advise you is to try to get one with a remaining or buy an extended (factory, if possible) warranty. 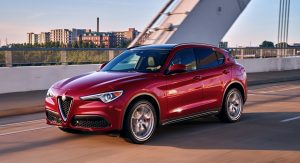 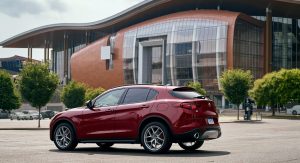 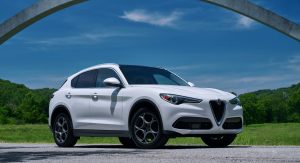 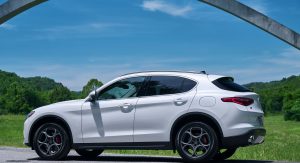 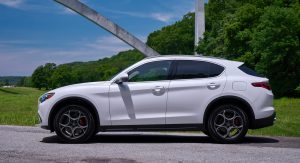 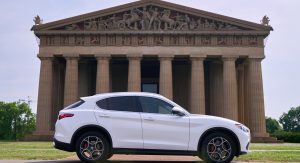 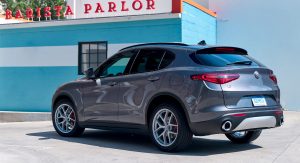 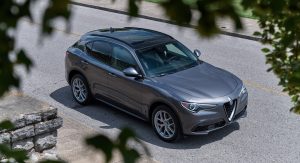 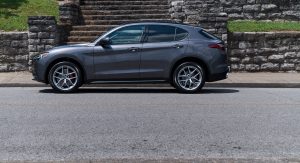 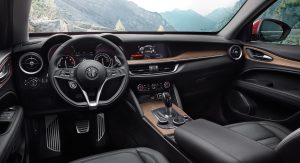 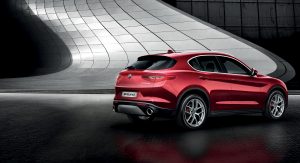 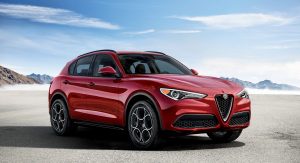 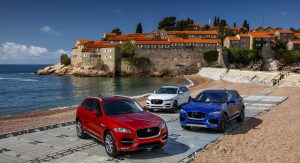 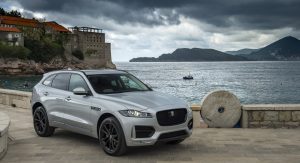 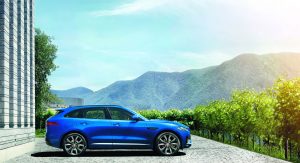 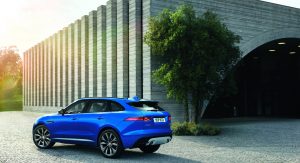 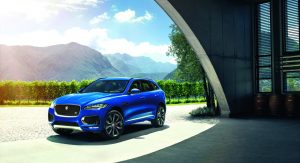 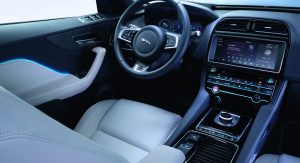 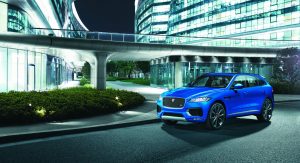 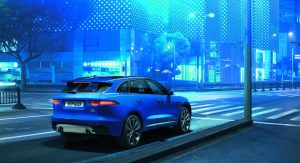 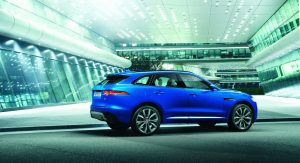 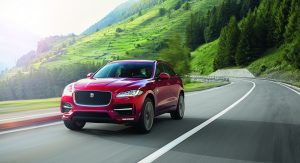 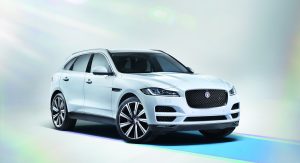 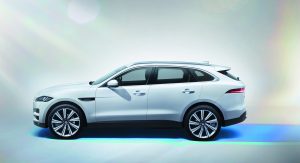