The Tesla Semi will hit the production line in limited numbers later this year.

At least two Tesla Semi prototypes were recently snapped being transported through the U.S. after allegedly undergoing testing in Alaska.

The first set of images were shared on the Tesla Owners Worldwide group on Facebook while the other image, showing a red Tesla Semi, was published on Reddit. It is claimed that the red example was wearing Alaska plates meaning it was likely being put to the test at Tesla’s winter testing facility there.

Both extremely dirty prototypes were spotted in Oregon, likely back on their way to Tesla’s headquarters in California. 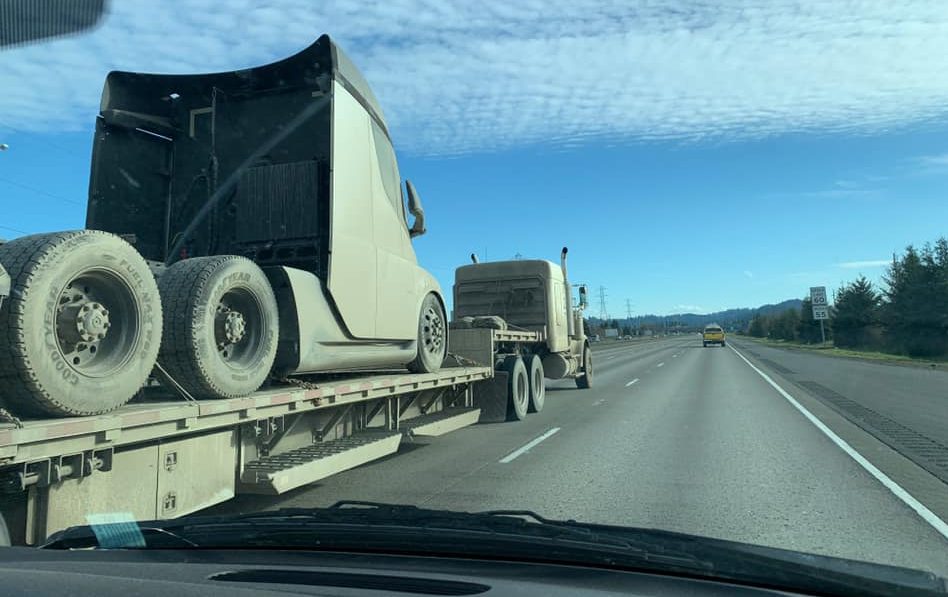 In January, Tesla told those with Semi reservations that winter testing would soon commence to validate the truck’s performance in cold weather and low traction conditions.

Tesla first presented the Semi way back in 2017 with the promise of starting production in 2019. That hasn’t happened and at the most recent update, Tesla said it will begin producing the Semi in limited numbers this year. It remains to be seen if the ongoing coronavirus will impact these plans but it certainly could.

When first unveiled, Tesla said the Semi would be good for 500 miles (804 km) of range under highway conditions when towing an 80,000 lbs (36,287 kg) load. However, Elon Musk’s plans for the Semi have become more ambitious in recent times and he is now promising it will be good for 600 miles (965 km) on a charge. 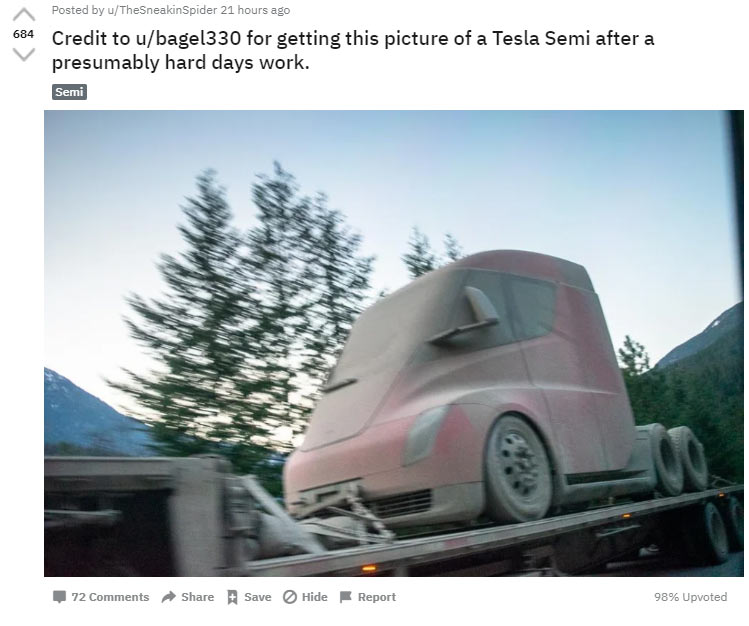 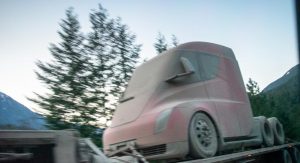 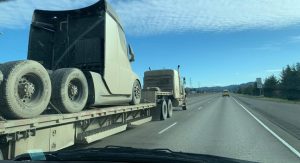 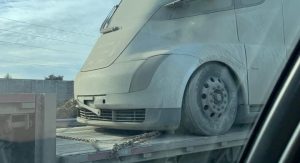