The Tesla Cybertruck could make the most of its range and power in public duty.

If you believe the reports, Tesla may have secured as many as half a million reservations for the all-electric Cybertruck – though how many of those refundable $100 deposits will convert to actual sales, is anyone’s guess. Regardless, the vast majority of these trucks are likely going to be sold to private buyers but there’s a chance some companies will look to use them in their fleets.

What if, however, a number of enforcement agencies and private companies around the world also started deploying Cybertrucks? That’s what these renderings from Lease Fletcher showcase.

Included among the special Cybertrucks in this gallery is one for the New York Police Department (NYPD). It includes the appropriate white and blue livery as well as all the obligatory blue and red flashing lights. 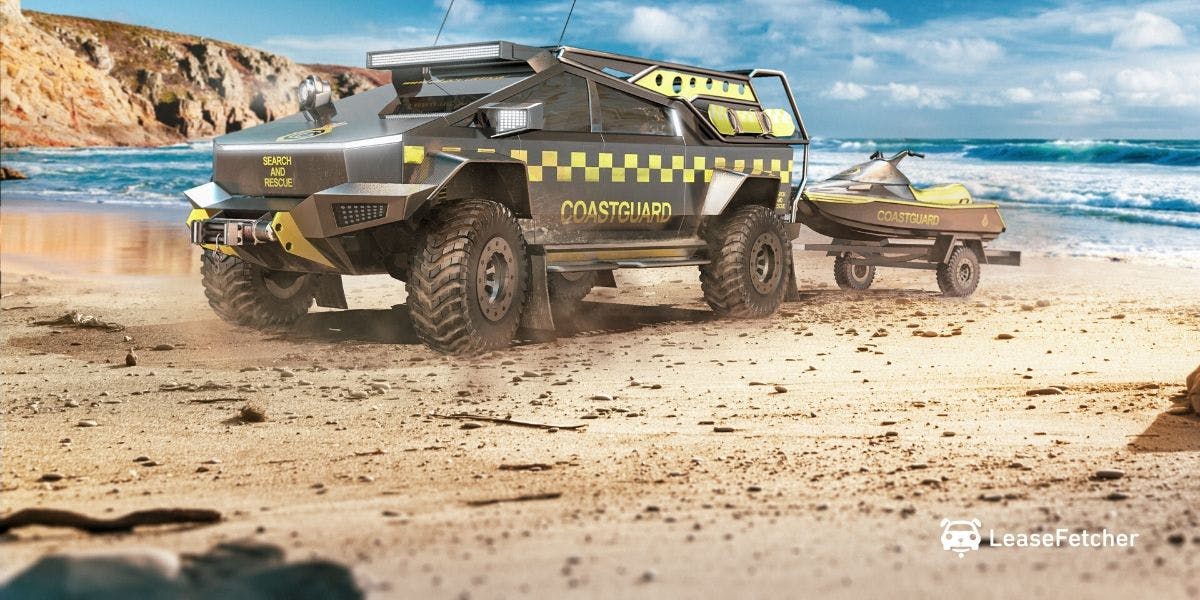 Elsewhere, there’s a particularly awesome Cybertruck rendered for Her Majesty’s Coastguard. It’s depicted sitting on a beach with a jetski in tow and includes off road-focused tires as well as a unique front bumper. There is also a massive LED light bar stretching off the roof and a unique cage over the bed.

Last week, Tesla chief executive announced he is scouting locations to build a new Gigafactory in the United States that will handle production of the Cybertruck. It remains to be seen which U.S. states are being considered. 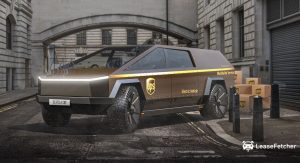 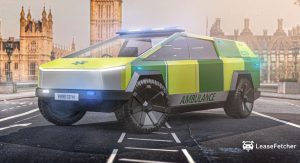 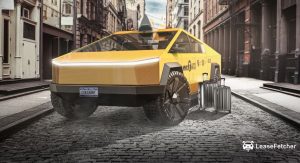 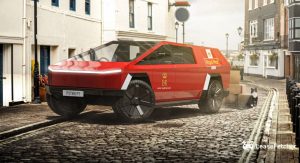 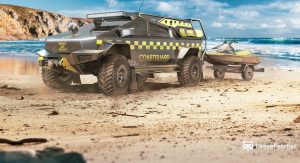 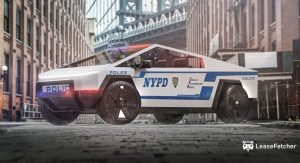 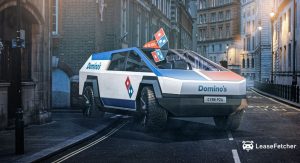 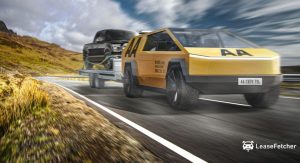