The latest-generation Mercedes-Benz C-Class has been spied testing on multiple occasions yet this is the first time we’ve caught a glimpse of the forthcoming C53 variant.

This prototype was recently snapped while testing in Northern Europe bathed in heavy camouflage. The most obvious giveaway of this being a mid-tier AMG-branded model is the fact that it features four circular tailpipes at the rear.

‘True’ AMG models feature rectangular-shaped quad exhaust systems. It also looks as though the engineer behind the wheel stamped on the throttle while passing our spy photographer, spinning up the rear wheels on the snow. 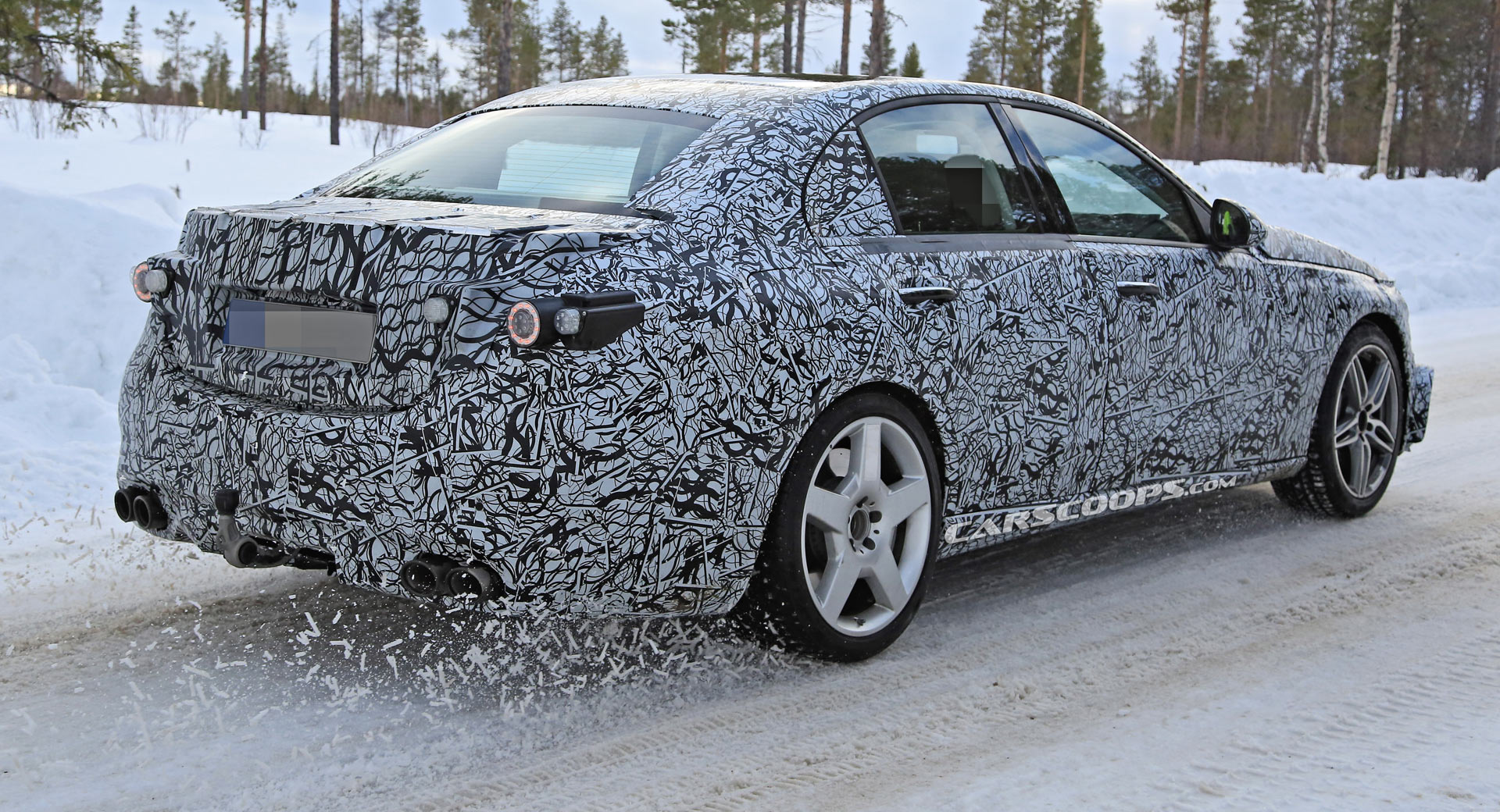 Details remain murky about what could power the new Mercedes-AMG C53. If the vehicle used the same powertrain as other ‘53’ branded models from the marque, such as the E53 and CLS53, that means it would have a turbocharged 3.0-liter six-cylinder engine with an EQ Boost electric motor providing a total of 429 hp and 384 lb-ft (520 Nm) of torque.

While it’s certainly possible this powertrain will carry over to the C53 without any changes, sources have indicated to us that Mercedes may downsize its ‘53’ models to use four-cylinder engines. Whatever the case may be, we can see that this prototype also sports larger brake calipers and ventilated discs than non-AMG branded models.

The C63 and C63 S models will remain at the top of the new Mercedes-Benz C-Class family. For some time, it was believed they would use a modified version of the existing 4.0-liter twin-turbo V8 engine. However, in October 2019, reports surfaced claiming the new C63 will feature a 2.0-liter turbocharged four-cylinder mated to an electric motor to deliver more than 500 hp. 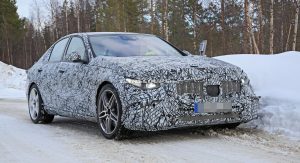 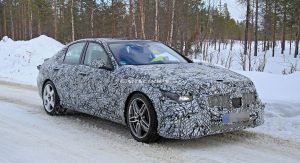 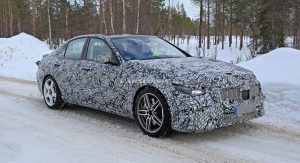 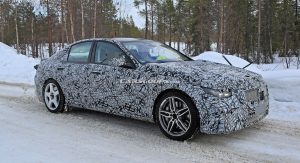 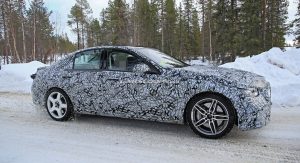 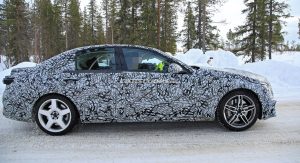 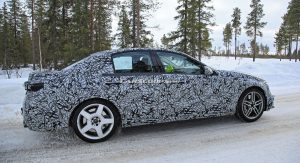 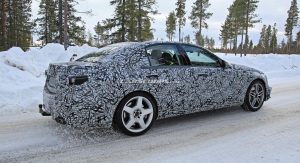 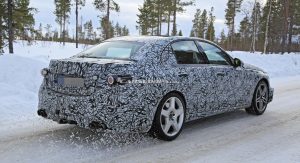 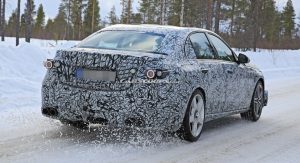 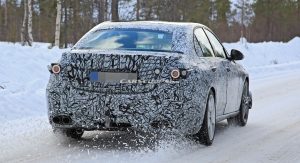 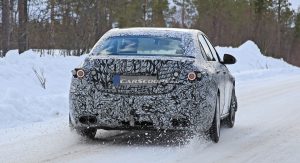