The Mercedes-Maybach S450 4MATIC Collector’s Edition is all about luxury.

The Chinese love their luxury cars and a new variant of the Mercedes-Maybach S450 4MATIC has just been introduced in the local market.

Fittingly dubbed the Collector’s Edition, the car is based on the existing Mercedes-Maybach S450 4MATIC and therefore continues to use a 3.0-liter twin-turbocharged six-cylinder engine working alongside a 48-volt mild-hybrid system.

All up, the engine delivers 367 hp and 368 lb-ft (500 Nm) of torque and is coupled to a nine-speed automatic transmission driving all four wheels. Viewed from the outside, one of the first things that strikes you about the Mercedes-Maybach S450 4MATIC Collector’s Edition is the eye-catching front grille.

While this grille is featured on the standard S450 available in select markets, it is drastically different than the grille used by lesser S-Class models. The largest alteration made to the outside is the fitment of custom 20-inch black and silver wheels. In addition, the luxury sedan is bathed in a distinctive brown paint that exudes style and sophistication.

Custom touches continue in the cabin and include luscious brown leather across the seats, stitched Maybach logos in the headrests, and a number of wooden trimmings on the door panels and the backs of the front seats. It all looks rather nice, perfect for Chinese businesspeople who would rather ride in the back and be chauffeured around as opposed to driving the cars themselves.

It remains to be seen if production of the S450 4MATIC Collector’s Edition will be limited but we do know it’s available from 1,458,800 Chinese yuan or about $205,586. Car News China also reports Mercedes will kill off the Maybach S560 and S680 models in China. 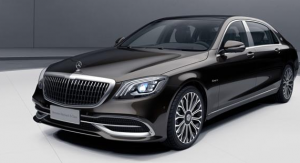 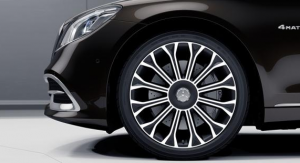 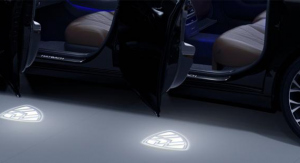 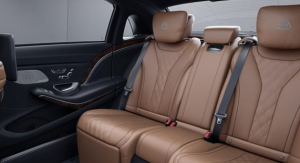 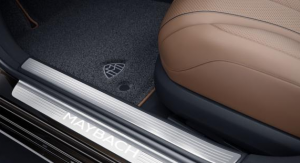