The Mitsubishi Diamante, also sold in certain markets as the Magna, Sigma, V3000, and Verada, was never a particularly appealing automobile but this example recently snapped by a Reddit user, has more going for it than most.

The owner of this Diamante is clearly a big fan of the Back to the Future franchise and has modified the sedan to mimic the DMC DeLorean used by Dr. Emmett L. Brown in the series. Of course, a Diamante has nowhere near the appeal of a real DeLorean and the addition of the Back to the Future-inspired parts don’t exactly complement its exterior design.

Watch: DeLorean’s Story Has A Little Bit Of Everything: Ambition, Time Travel And Cocaine

With that being said, we do have to commend the owner for the work that would have gone into modifying the car, even though it doesn’t actually have the ability to travel through time. Look close and you’ll notice it features the same ‘OUTATIME’ license plate of the original film car.

It’s not uncommon to see Back to the Future enthusiasts creating their own time-traveling cars but ordinarily, they actually use DeLoreans. One of the most well-known DeLorean time machine replicas resides in the Netherlands and is actually remote controlled. It features pretty much all the same interior and exterior parts as the actual film car and took approximately 9 months to build and perfect. Making the car all the more special is the fact that it is fully street legal in Holland. 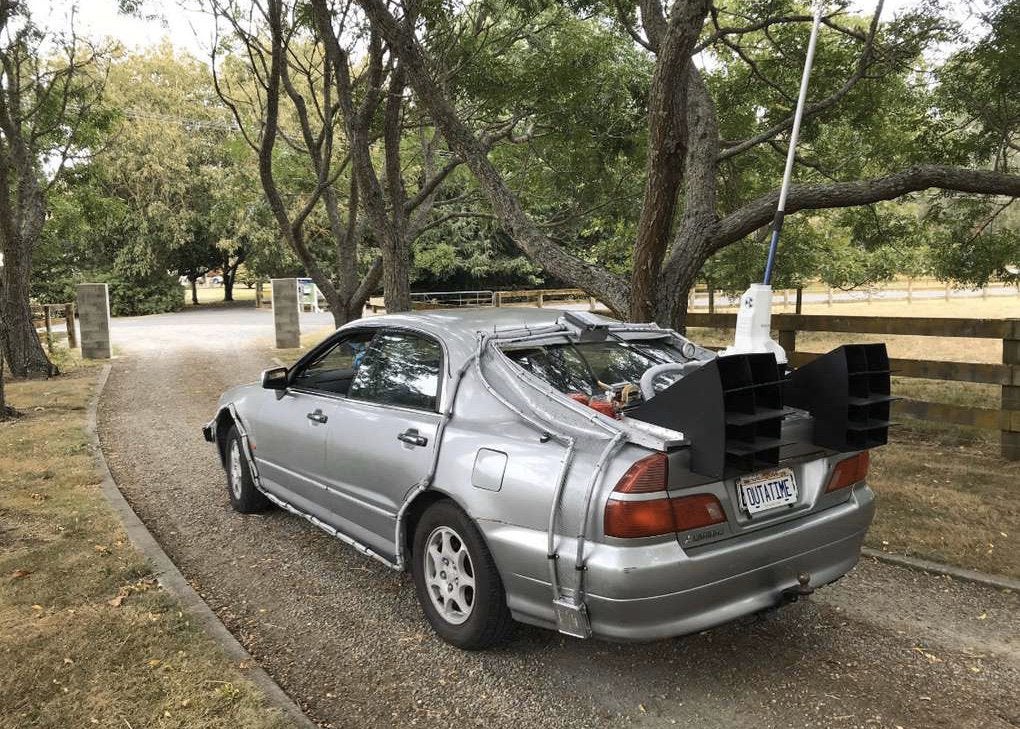