You probably can’t tell, but there’s a new BMW M3 hiding behind that huge kidney grille.

While the new-gen BMW 4-Series Coupe has started showing off that huge kidney grille, the 2021 M3 isn’t willing to drop its camo (in prototype form out in the open, at least) just yet.

The sports sedan was spied testing at the Nurburgring and on the roads nearby earlier this week, and it resulted in a very generous video that’s almost 14 minutes long – a great way to make the time go by faster and take a short break from everything happening across the globe.

Poised to rival the Mercedes-AMG C63, the M3 G80, which is the range-topping variant of the seventh-gen 3-Series family, promises to be one of the best driver’s cars of the year – presuming that it’s still on track to be uncovered in a few months, alongside the M4, with which it will share the controversial grille, mechanical and interior upgrades. 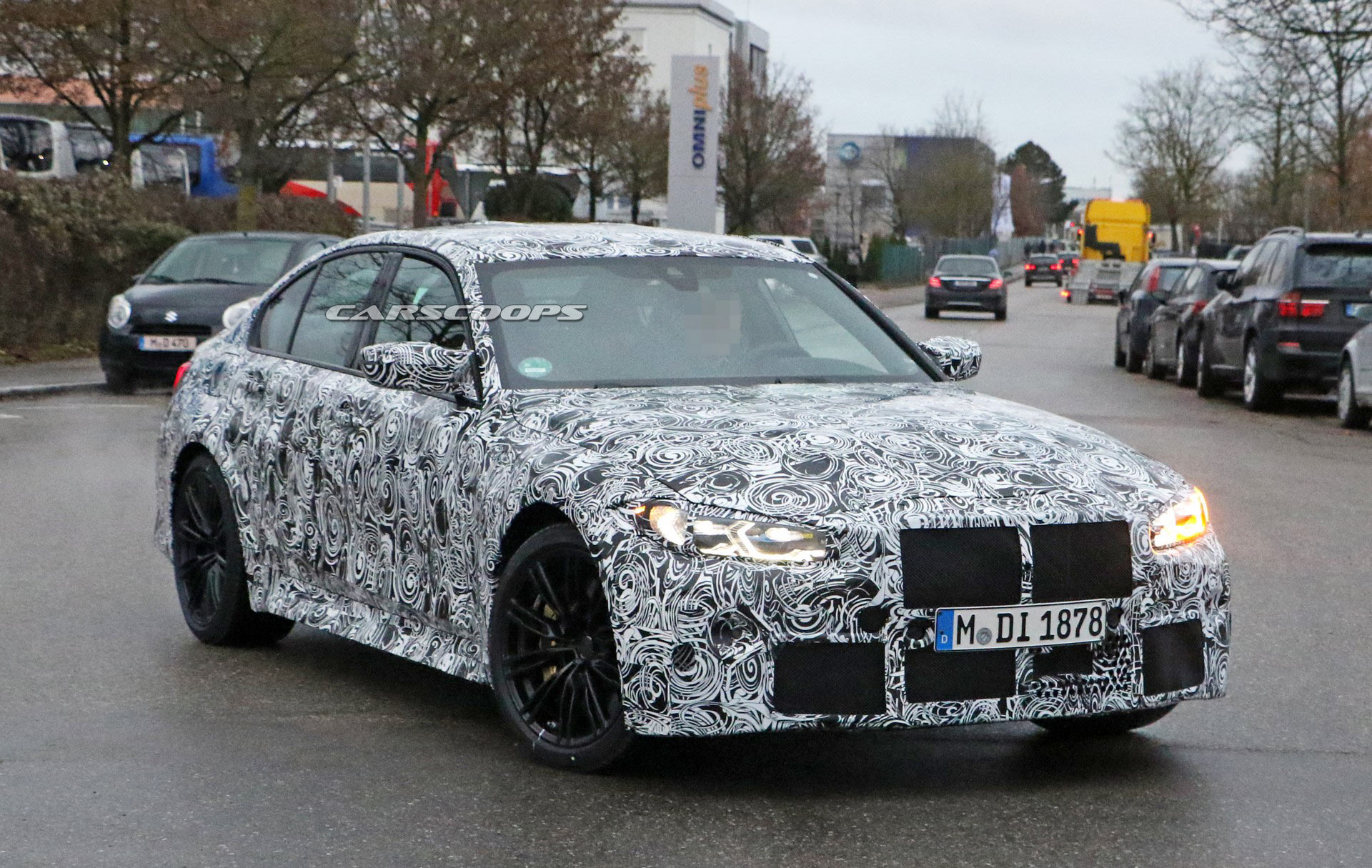 Like its two-door counterparts, the M4 Coupe and M4 Convertible, the new M3 will be powered by a 3.0-liter twin-turbo straight-six. The engine comes from the latest X3 M and X4 M, where it makes 473 HP and 503 HP in the regular and Competition versions, respectively, and should retain the output.

The biggest change, however, will be the addition of an M-tuned xDrive all-wheel drive system. Despite the weatherproof feature, it will still be a drift machine, as up to 100 percent of the torque can be channeled to the rear axles when needed. You will also be glad to know that BMW is understood to be working on a rear-wheel drive version of the car, fitted with a manual gearbox.