Ford has just issued two new safety recalls for North America, and one specifically for Canada.

Ford’s latest round of safety recalls includes North America as well as Canada (exclusively), with models such as the Fiesta, Fusion, E-Series and more needing their owners’ attention.

Among the North American recalls we count select 2014-2015 Fiesta models, 2014-16 Fusion and the 2014-16 Lincoln MKZ. Affected vehicles might present with a defect inside their latch pawl spring-tab, as the latter could crack and fail.

“A door latch with a fractured pawl spring tab typically results in a “door will not close” condition. If the customer is able to latch the door after repeated attempts, there is a potential the door may unlatch while driving, increasing the risk of injury.”

Ford however isn’t aware of any incidents or injuries related to this issue. The recall affects 248,912 vehicles in the United States, 19,431 in Mexico and four in Canada. In order to fix the problems, dealers will remove and replace the side door latches. The Ford reference number for this recall is 20S15.

The second North American recall involves the 2021 Ford E-Series stripped chassis and cutaway vehicles, which may feature frame-mounted wire harnesses that could, over time, chafe and damage the wire harness as well as the circuits inside. If wiring associated with the fuel, trailer tow and anti-lock braking systems is affected, it could increase the risk of a crash.

For example, damage to the fuel pump circuit could result in an unexpected engine stall while driving. Though again, Ford isn’t aware of any reports of accidents, injury or fire related to this problem. In total, this recall involves 2,871 vehicles in the United States and 760 in Canada.

As for the fix, dealers will inspect the wire harness for damage, and whether it’s needed or not, will apply anti-abrasion tape over the area, in order to ensure clearance to surrounding components. The reference number is 20S13.

The issue here is that some affected vehicles might feature a normally-closed valve inside their hydraulic control unit that may stick open, resulting in extended brake pedal travel. Ford is actually aware of one accident report related to this condition, which affects 54,292 vehicles in Canada, built at the Hermosillo Assembly Plant between February 22, 2006 and July 15, 2009.

Dealers will inspect the hydraulic control unit and replace it if necessary. Reference number 20S14. 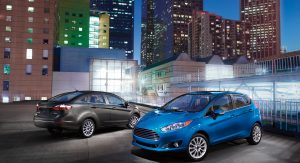 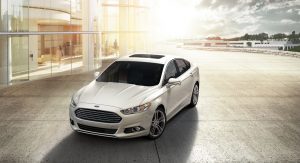 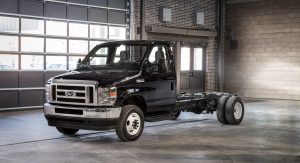 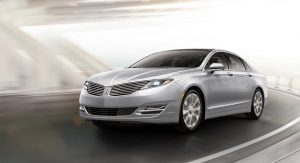