Testing of the upcoming Mercedes-AMG GT 73 Plug-In Hybrid continues in the snowy conditions of Northern Europe and a new prototype has been spied free of most camouflage.

Viewed from the front, the GT 73 prototype in question looks no different than the lesser GT 63 variant, not that that’s a bad thing. Key standouts are the large Panamericana grille and huge air intakes.

Elsewhere, the bodywork of the GT 73 all looks the same as the GT 63, until you come to the rear bumper. While the bumper is shrouded in camouflage, there is one important thing it is hiding; the charging port. According to our spy photographers on the ground, the port is well hidden in the rear bumper, just below the left taillight. This explains the lack of a charging port in either a front or rear quarter panel, like many other plug-in hybrids. 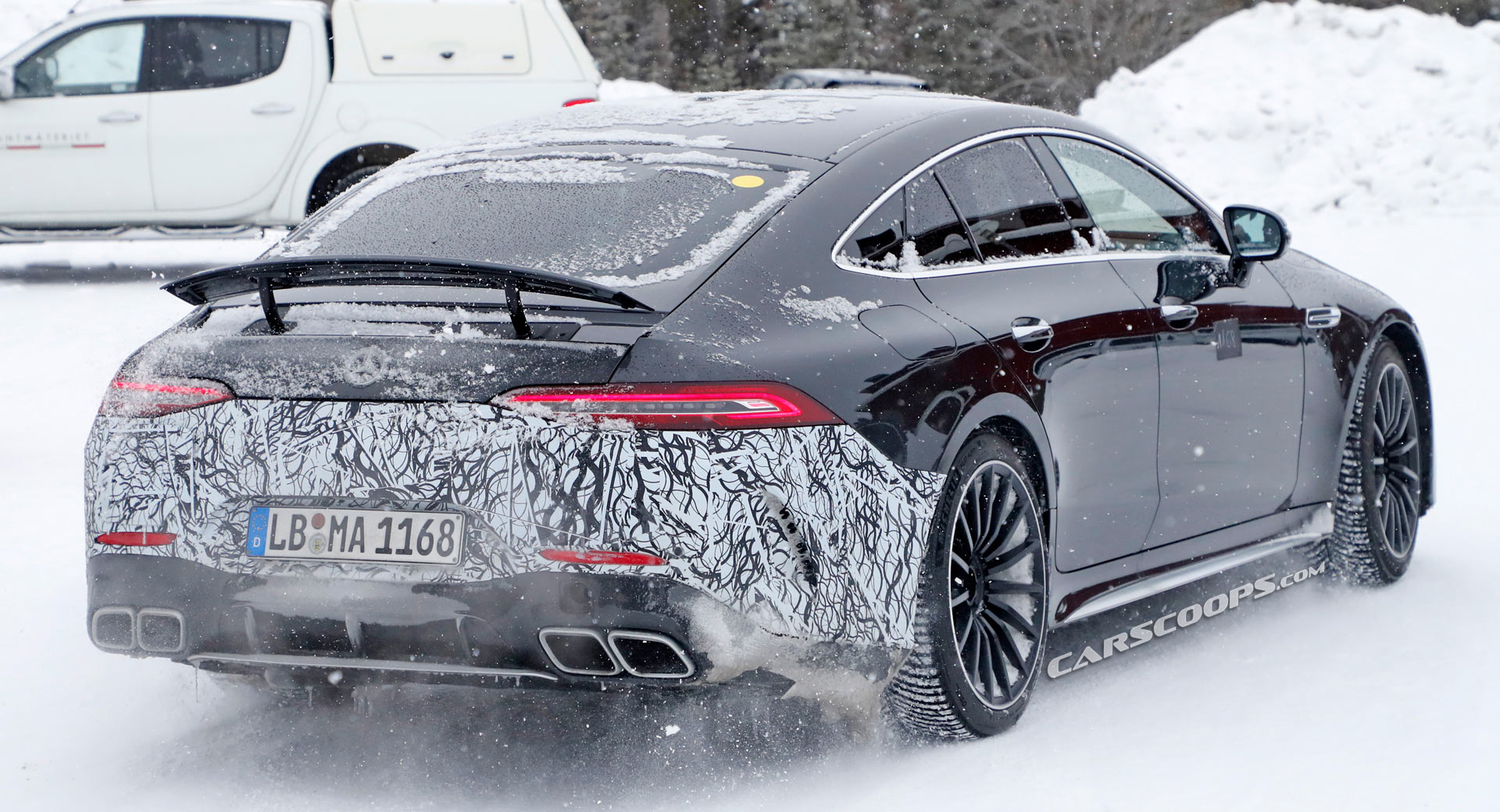 Late last year, Mercedes-AMG dropped a teaser video showing a vehicle accelerating away from the camera and believed to be a GT 73 prototype. The vehicle will be positioned as a rival to the Porsche Panamera Turbo S E-Hybrid Sport Turismo and offer performance beyond the current range-topping GT 63+.

While unconfirmed, all indications point towards the GT 73 combining the marque’s familiar 4.0-liter twin-turbo V8 engine with a rear-mounted electric motor and all-wheel drive. All up, the sedan is expected to churn out 805 hp and should hit 62 mph (100 km/h) in less than three seconds. The car will also be capable of driving for a limited distance on electric power alone.

Mercedes-AMG will likely unveil the GT 73 Plug-In Hybrid before the end of the year. 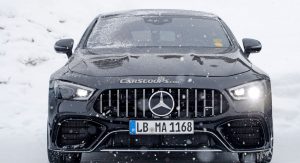 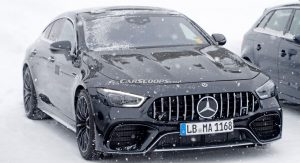 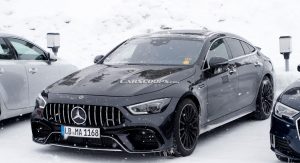 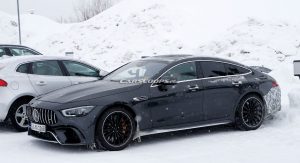 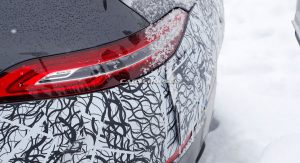 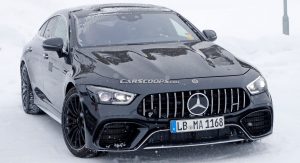 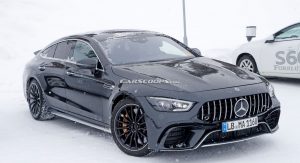 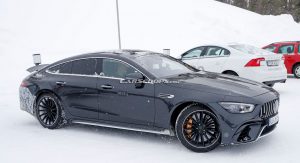 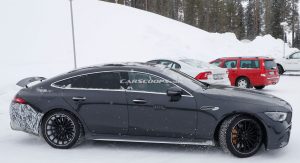 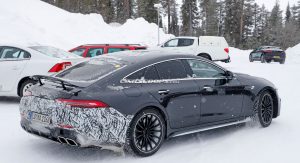 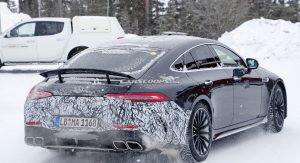 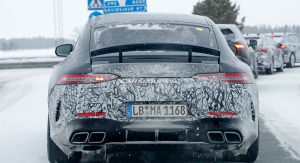 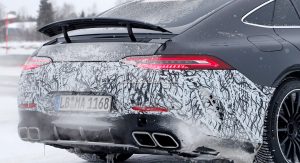 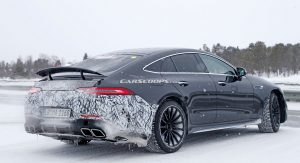 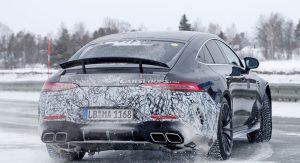 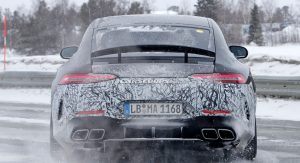