With the all-new Audi A3 Sportback already revealed, the automaker can now focus on putting the finishing touches on the model’s performance derivatives.

As always, the range-topping A3 model will be the RS3, seen here for the first time in RS3 Sedan prototype guise undergoing testing. While the 2021 Audi RS3 Sportback made its maiden public outing in October last year, the 2021 RS3 Sedan has only now left its hideout.

As expected, it looks just like its five-door sibling up to and including the rear doors. The rear end is obviously different, featuring a sedan-typical design with a fixed rear window and a trunk lid featuring a subtle lip spoiler. 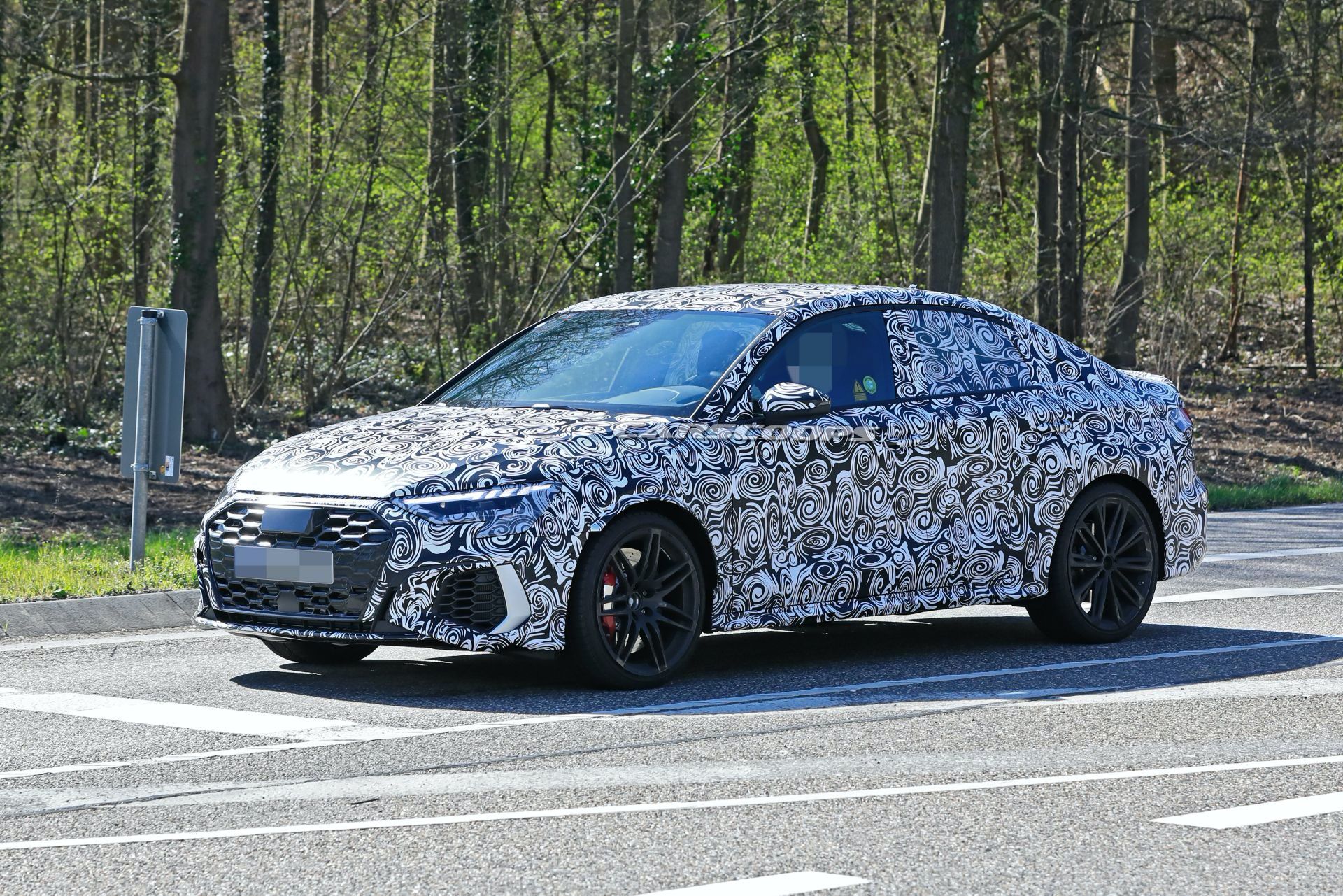 There are some similarities with the RS3 Sportback, though, including the identical taillights and their LED signature, the big oval tailpipes typical of Audi Sport models, and the massive diffuser. The RS3 Sportback and RS3 Sedan will also have in common the powertrain and the chassis. 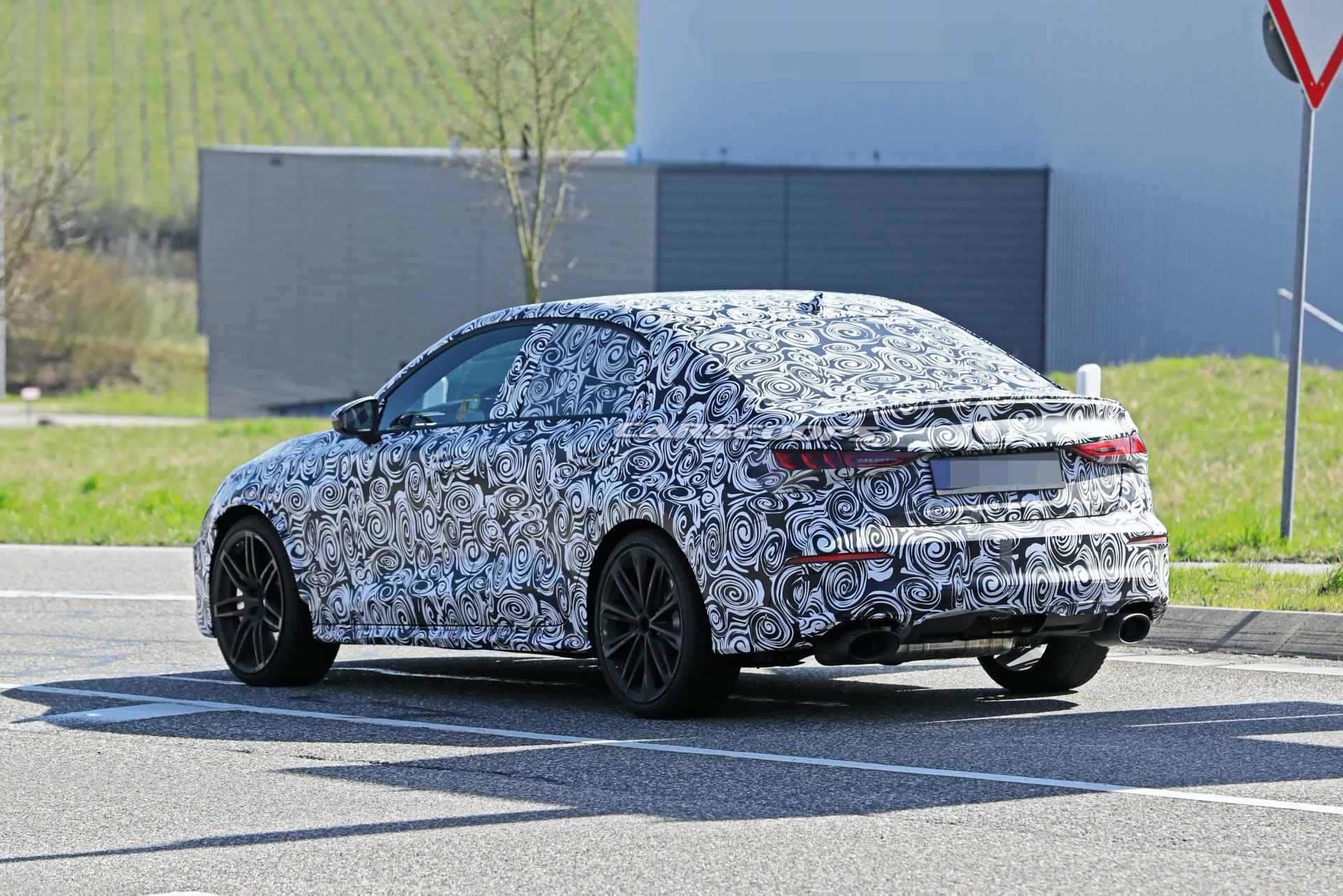 Regardless of the state of tune, the turbocharged five-pot will be linked to a standard dual-clutch automatic transmission and quattro AWD system. A drift function could be in the cards too.

The 2021 Audi RS3 will launch later this year and will be available in North America exclusively in the sedan body style. 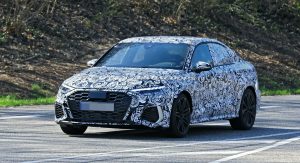 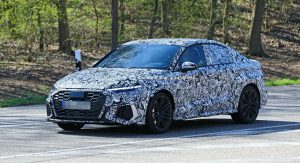 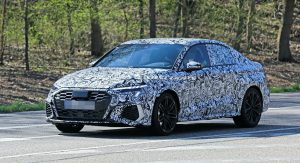 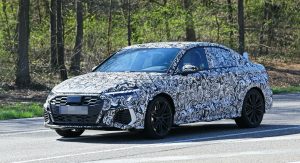 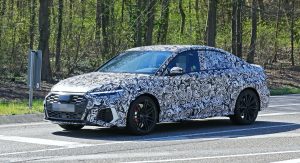 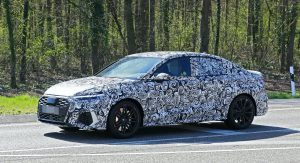 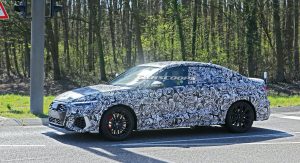 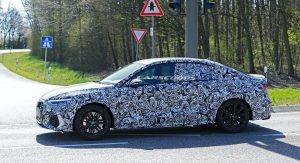 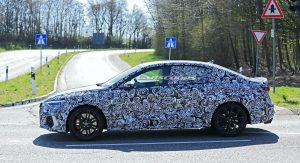 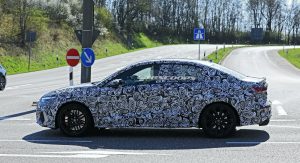 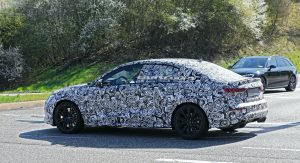 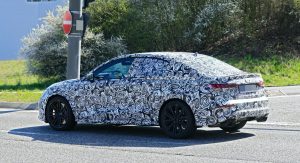 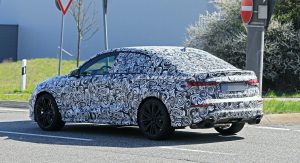 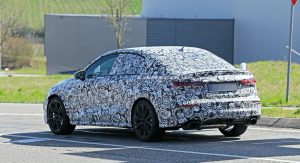 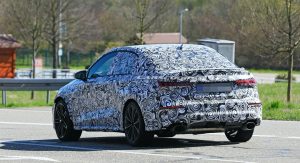