This rendering is probably the closest we’ll ever get to a Corvette SUV.

The idea of a Corvette performance SUV is not new but ever since former GM exec Bob Lutz brought it up last year it gained more traction.

The ups and downs of such a move have already been discussed many times over, with the most common conclusion being that a SUV would dilute the Corvette name while also increasing sales for GM. It’s a tough decision, obviously, but what if the automaker found its way around this conundrum?

How would that be possible, you ask? One imaginary way would be to leave the Corvette C8’s body as is and mount it on a taller, off-road-capable chassis. That’s exactly what a guy named Adam Dao did using only the resources offered by Photoshop.

The result, dubbed Offroad C8 Concept, looks polarizing and is likely to find more critics than casual supporters lurking in battlecar Reddit forums. But would it be met with less outrage than a proper Corvette SUV? While we’ll let you delve on that for a moment, let’s see what else is new with this flight of fantasy.

Highlights of the unusual transformation include the chunky off-road wheels and tires, huge ground clearance, off-road bumper and skid plate at the front, as well as plastic wheel arch cladding. The author did not create a second rendering so we can see his vision of the Offroad C8 Concept’s back, but we assume it’s in the same vein as the front.

We’ll let you decide if the 2020 Corvette’s off-road treatment works for you but one thing we can all agree on is the fact that the 495 HP 6.2-liter naturally aspirated V8 would require no upgrades to turn the Vette into a desert expert. 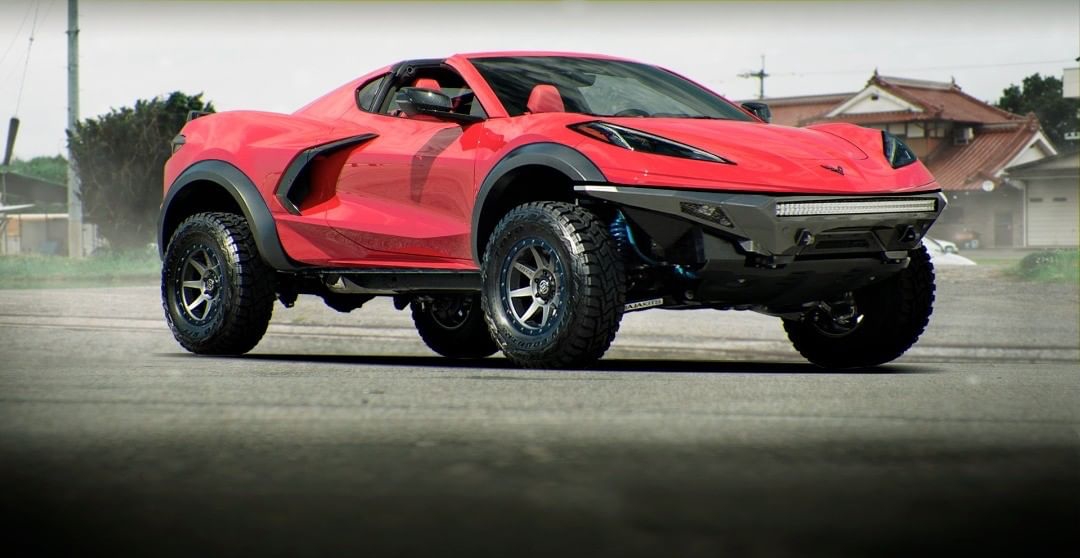