Back in December, a report came out stating that VW would continue to build the ID.3 despite serious software problems.

Last year, it was reported that VW would carry on with the manufacturing process for the ID.3 despite the car having serious software issues.

Now however, according to Manager Magazin, these glitches may force the carmaker to abandon the ID.3’s sales launch, scheduled for this summer. It is also claimed that hundreds of test drivers for the cars are reporting up to 300 errors per day.

The problems seem to originate from the basic architecture of the ID.3’s software, which was developed “too hastily”, said the German magazine, citing VW’s own experts. With many of the system’s elements not understanding each other, it leads to dropouts and other difficulties.

The report claims that more than 10,000 technicians are hard at work trying to solve these problems, which ultimately could delay the ID.3’s launch by up to a year. Of course, any such delay could prove very costly for VW, which needs to put the ID.3 on the street as soon as possible so as to meet stringent new European fleet emissions targets.

Back in December, Manager Magazin reported that these glitches meant that 20,000 ID.3 units would be built without a full software suite, meaning that teams of engineers would have to manually fix the problem post-production at additional cost.

The ID.3 is the first-ever electric car to be based on VW’s MEB electric architecture, a platform that will underpin 27 EVs by the end of 2022, as per Autonews Europe. The model will also serve as a direct rival to the Tesla Model 3, with base variants priced from under 30,000 euros ($32,635) in Germany. 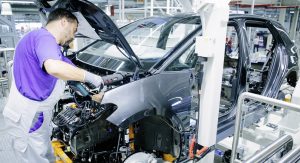 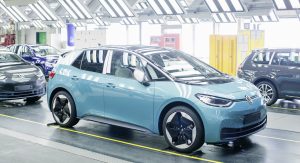 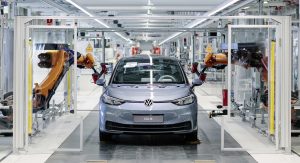