According to a government document, Tesla is currently seeking approval from Chinese regulators in order to build a new Model 3 variant in the People’s Republic.

This new Model 3 would feature a longer driving range, as per a source familiar with the matter. Like the current China-made Model 3, which boasts a range of more than 240 miles (400 km), this new one would also come with rear-wheel drive, added the unnamed source.

Tesla only began delivering cars from its Shanghai factory back in December, but Model 3s with a longer range and all-wheel drive are still available via import.

The U.S. EV-maker restarted production in Shanghai this week after the government ended the extended holiday put in place because of this new Coronavirus outbreak, reports Autonews Europe.

Tesla also wants to more than double the numbers of Superchargers and service centers in China this year, as well as to ramp up production of the Model 3 at the new Shanghai plant, which aims to produce 250,000 vehicles per year (including the Model Y crossover).

The Shanghai Gigafactory is already churning out 1,000 vehicles per week, or roughly 280 cars per day. With only 30% of its China supply chain being localized, Tesla plans to source all of the parts it requires from Chinese suppliers by the end of this year. 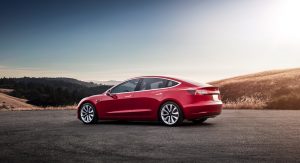 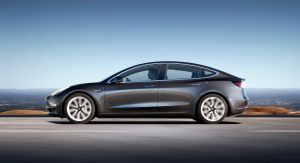 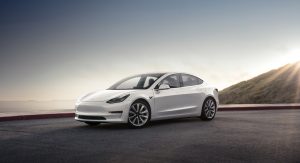