The Skoda Enyaq will be based on VW’s ID.4 and styled similarly to the Vision iV study.

Skoda will be taking another step into the electric era of automobiles with the Enyaq, a zero-emission SUV due later this year.

Set to enter the iV sub-brand alongside the Citigoᵉ electric city car and plug-in hybrid versions of the Octavia and Superb, the Enyaq will be their first model based on Volkswagen Group’s Modular Electrification Toolkit (MEB) platform.

The word ‘Enyaq’ is derived from the Irish name ‘Enya’, which means ‘source of life’. ‘Enya’ comes from the Irish Gaelic word ‘Eithne’ – ‘essence’, ‘spirit’ or ‘principle’, and goes hand in hand with the automaker’s SUV nomenclature by ending in ‘Q’, like the Kamiq, Karoq and Kodiaq. Furthermore, the ‘E’ at the beginning of ‘Enyaq’ stands for ‘electromobility’.

Skoda hasn’t divulged anything else about the Enyaq, except that it’s part of a series that will count more than 10 electric models. All of them will launch under the iV sub-brand before the end of 2022 and are part of a €2 billion ($2.2 billion) investment in the development of eco-friendly solutions running until the end of 2021.

Expected to be based on the upcoming Volkswagen ID.4, Skoda’s electric SUV will likely share the latter’s powertrain, believed to be a dual-motor setup, with one unit driving the front and the other the rear axle. A 302 HP combined output is rumored, alongside three lithium-ion battery pack options. The latter will likely be carried over from the ID.3 compact hatch, giving the ID.4 (and the Skoda Enyaq) a range of over 310 miles (500 km) in the top spec. 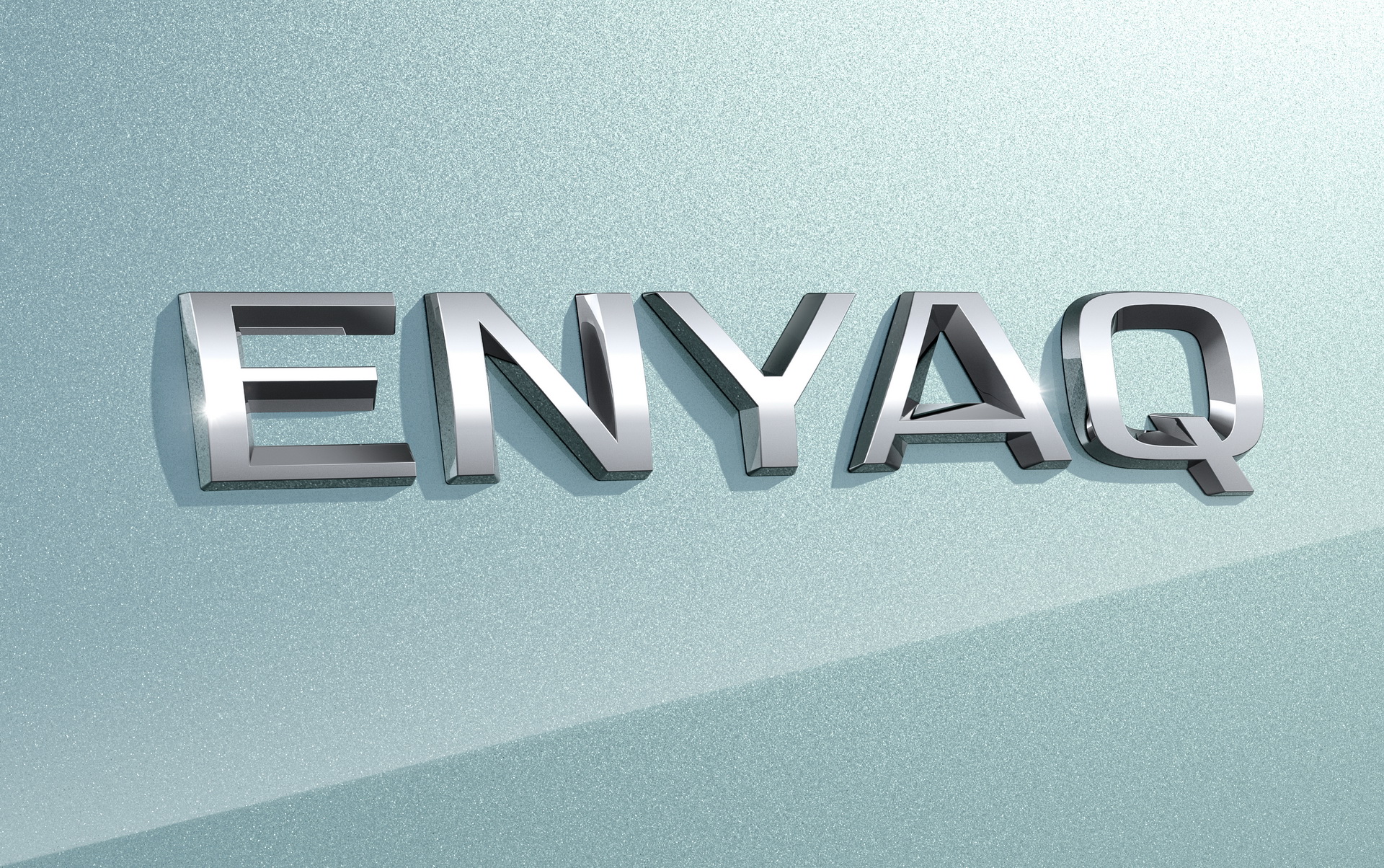