The new king of the Porsche 992 family is about to be revealed in both coupe and convertible forms.

The upcoming 992-based Porsche 911 Turbo is perhaps the most “leaked” performance car in recent years but the company still feels the need to place it under a cover and “tease” its premiere on March 3.

Following the cancellation of the 2020 Geneva Motor Show, Porsche released a short video showing the new king of the 911 family all covered up and waiting for its big reveal moment, which will take place online via a livestream.

Porsche didn’t even bother adding much camo on its latest test cars while images of the actual 2021 911 Turbo in all its naked glory have also been finding their way online, so we have a pretty good idea of what to expect.

The Stuttgart-based company will reveal both the Turbo and the Turbo S variants of the 992, which use an updated version of the twin-turbo 3.8-liter flat-six found on the previous models. The “base” Turbo will make do with around 580 HP while the Turbo S will offer no less than 641 HP (650 PS). 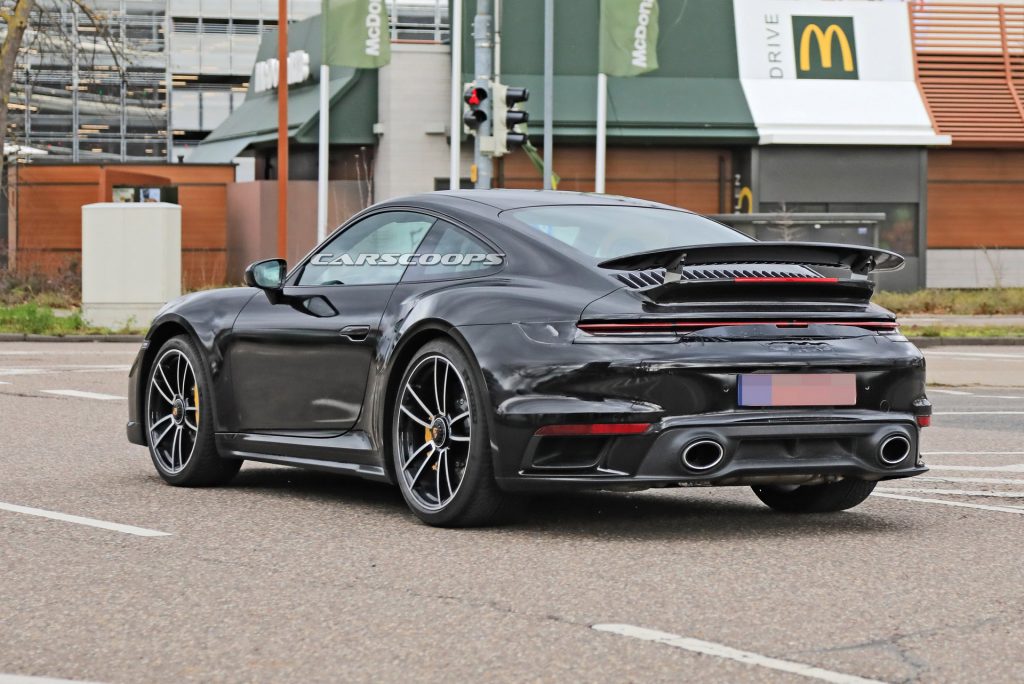 All-wheel drive is of course present, with limited-slip differentials at the middle and rear, while Porsche opted for the latest eight-speed dual-clutch automatic transmission as standard fit.

The new 911 Turbo and Turbo S models will of course set apart themselves from the rest of the 911 family thanks to their specific aero agenda and a set of delicious wider fenders. Stay tuned.