Polestar will showcase the Precept concept at the Geneva Motor Show next week.

Polestar has been teasing us with an upcoming concept for weeks now, and the wait is finally over as the fully-electric Precept grand tourer just broke cover.

The Precept concept represents a vision of the brand’s future direction, boasting an advanced digital interface, sustainable interior materials and quite a lot of safety features.

“Precept is a declaration, a vision of what Polestar stands for and what makes the brand relevant,” said the company’s CEO, Thomas Ingenlath. “The car is a response to the clear challenges our society and industry face. This is not a dream of a distant future, Polestar Precept previews future vehicles and shows how we will apply innovation to minimise our environmental impact.”

Visually, the Precept looks properly futuristic, thanks to a design philosophy dubbed “Minimalistic Athleticism”. The concept’s sculpted form is said to set the tone for future Polestar vehicles, while its proportions make it quite imposing to look at.

It has a 3.1 meter-long (10.1 feet) wheelbase, which also serves to accommodate a large battery pack, to go with the generous amounts of leg and headroom in the rear. The front end doesn’t even have a traditional grille, as that area is now occupied by the so-called Polestar SmartZone, housing sensors for various driver assistance functions.

Up top, there’s a LiDAR pod, while the Thor’s Hammer light signature has been split into two sections. The rear meanwhile features a wide light blade that spans the entire width of the concept. Other techy design elements include the camera side units instead of regular mirrors and the single volume glass roof that extends behind the rear seats.

Moving on to the interior, there are sustainable new materials such as the flax-based composites for the panels and seatbacks, 3D-knitted seat surfaces (from recycled PET bottles), bolsters and headrests made from recycled cork vinyl, and carpets made from reclaimed finishing nets.

In terms of on-board tech, the concept features a next-generation HMI system, powered by Android. It runs on a portrait-oriented 15-inch center touch screen display, working alongside a 12.5-inch driver display. The instrument panel also houses multiple smart sensors which perform tasks such as eye tracking, while proximity sensors enhance the usability of the infotainment display while driving.

Polestar will showcase the Precept concept next week at the Geneva Motor Show. 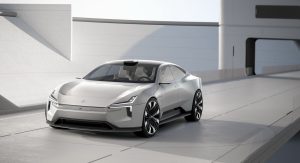 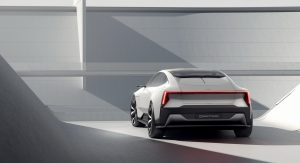 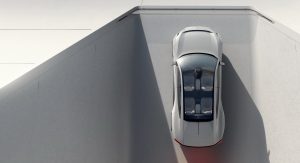 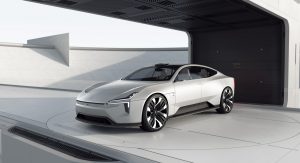 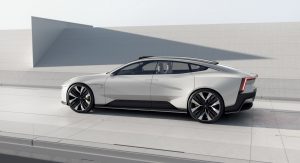 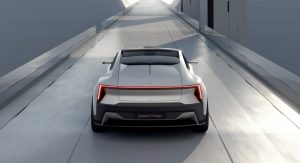 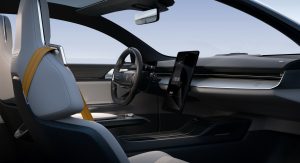 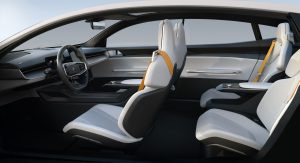 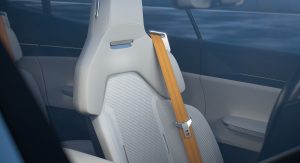 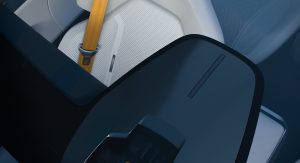 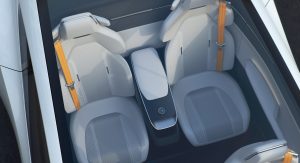 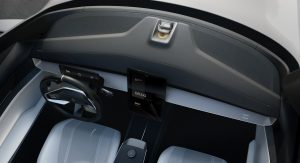