The NTSB wants to investigate Autopilot, it’s limitations and the foreseeability of misuse.

The National Transportation Safety Board held a public meeting on Tuesday where they disclosed the probable cause for a fatal crash involving a Tesla Model X in March of 2018.

According to the government, a combination of factors were likely responsible. In particular, they noted the limitations of Tesla’s Autopilot system as well as the driver’s “overreliance” on it.

The third factor was driver distraction as the person was apparently playing a game on their smartphone. That’s something drivers shouldn’t do, but the NTSB said Tesla’s “ineffective monitoring of driver engagement was determined to have contributed to the crash.” 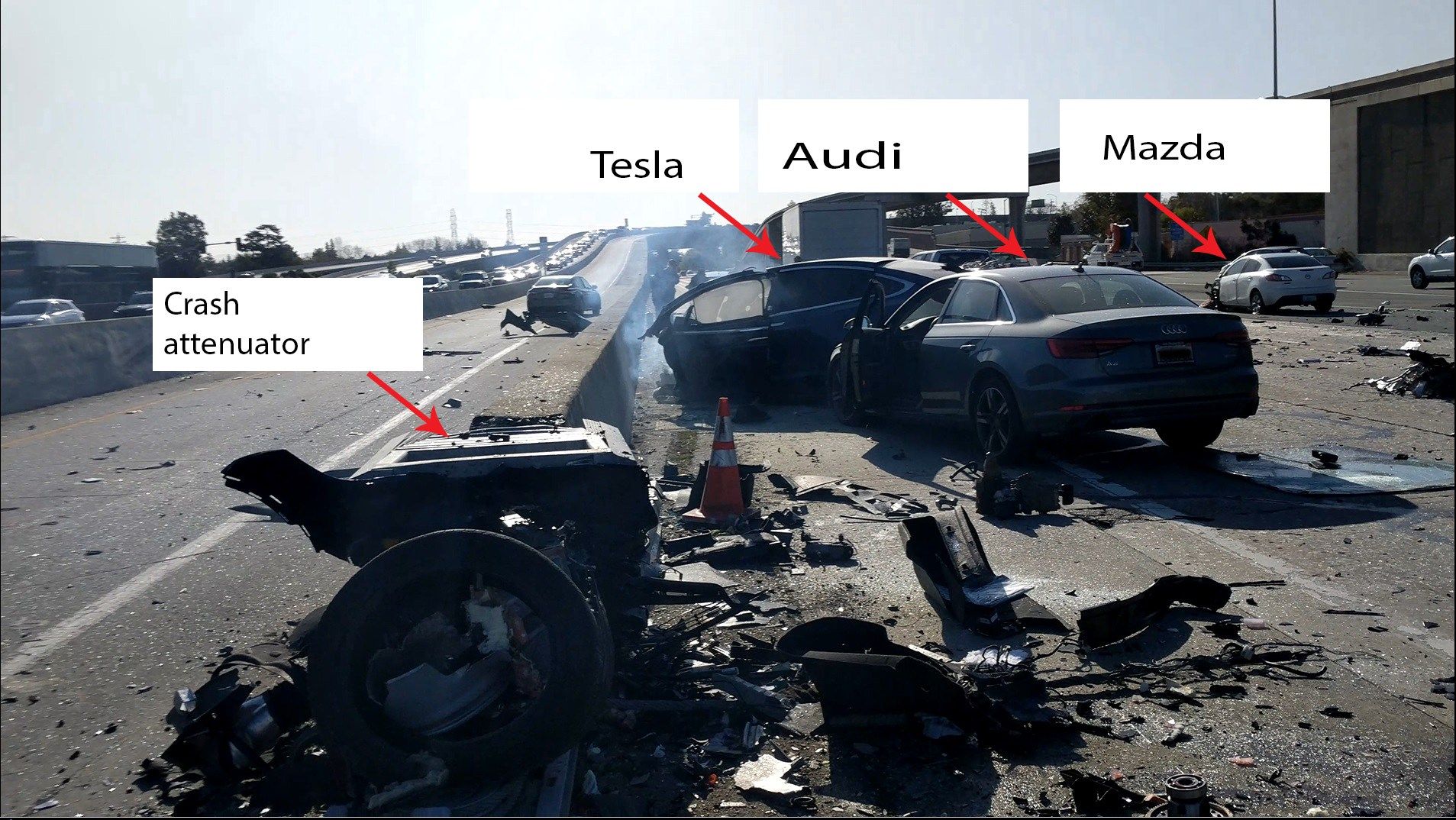 The NTSB also said the California Department of Transportation and the California Highway Patrol played a role as the latter failed to report damage to a crash attenuator from an earlier accident. As a result, the attenuator wasn’t working when it was struck by the Model X and this “contributed to the severity of the driver’s injuries.”

While there’s plenty of blame to go around, NTSB Chairman Robert Sumwalt said the “crash clearly demonstrates the limitations of advanced driver assistance systems available to consumers today.” He went on to remind people that there are no fully-autonomous vehicles available to consumers and drivers need to be actively engaged in the task of driving, even when using driver assistance systems such as Autopilot. 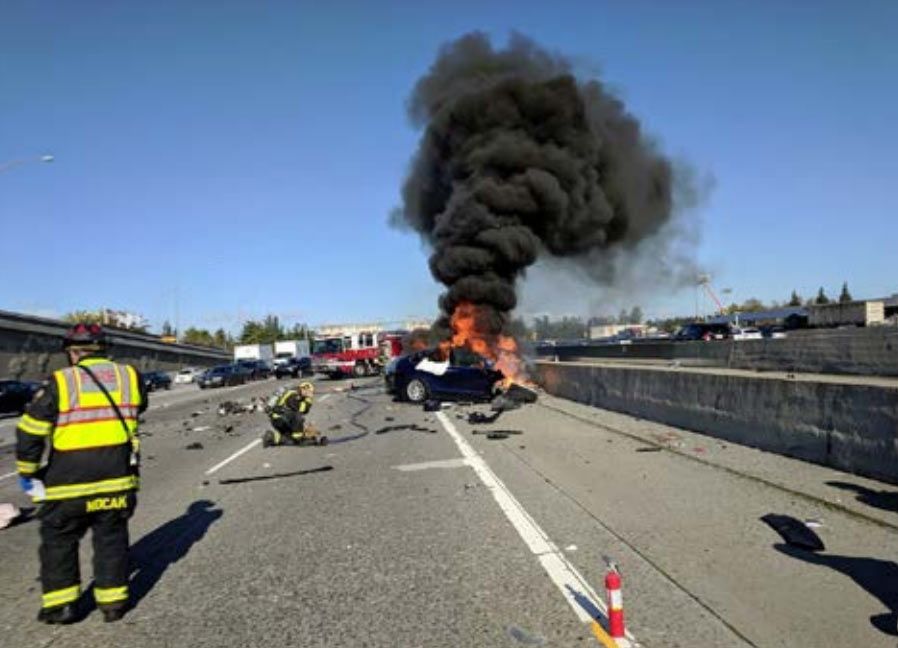 Data retrieved from the Model X showed Autopilot was active and the adaptive cruise control system was set to 75 mph (121 km/h). However, the crossover was following another vehicle which was traveling around 65 mph (105 km/h).

5.9 seconds before impact, the lane-keeping assist system “initiated a left steering input” toward a gore area. The driver didn’t have their hands on the wheel and the vehicle continued to travel off course.

About 3.9 seconds before the crash, the cruise control system no longer detected a vehicle in front of the Model X. This caused the crossover to begin accelerating to the preset speed of 75 mph (121 km/h). 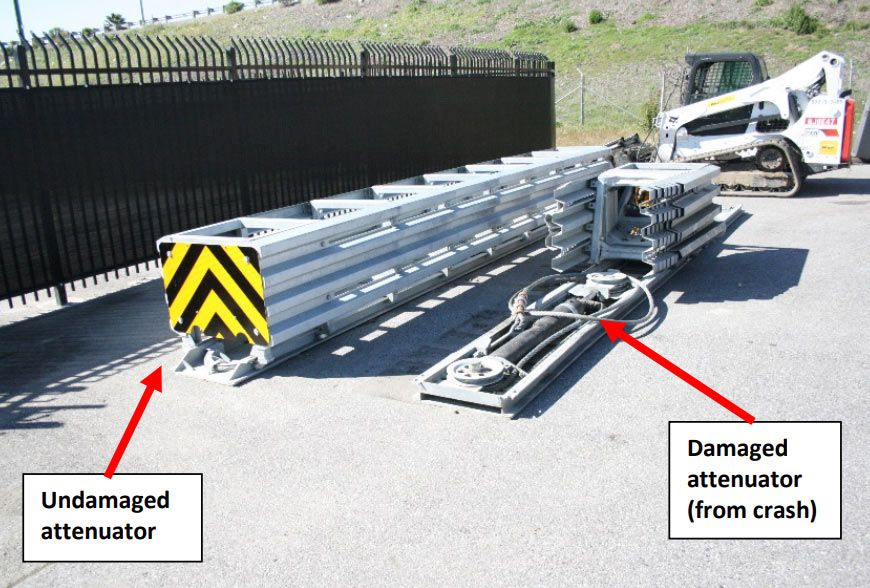 Things then took a fatal turn as the Model X rammed into the broken crash attenuator. The NTSB says the crossover’s forward collision warning system didn’t alert the driver and it’s automatic emergency braking system did not activate. The driver also failed to apply the brakes or steer the vehicle away from the attenuator.

While we may never fully know what happened, the NTSB noted the driver was an “avid gamer and game developer” and records showed a game was active on their iPhone 8 Plus. They went on to say “The driver’s lack of evasive action combined with data indicating his hands were not detected on the steering wheel, is consistent with a person distracted by a portable electronic device.”

A total of seven safety issues were identified following the investigation and NTSB has made nine recommendations to address them. On the tech side of things, they want to expand the National Highway Traffic Safety Administration’s testing of forward collision avoidance systems and conduct an evaluation of Tesla models equipped with Autopilot to “determine if the system’s operating limitations, foreseeability of misuse, and ability to operate vehicles outside the intended operational design domain pose an unreasonable risk to safety.”

Other recommendations include developing standards for driver monitoring systems to minimize driver disengagement, complacency and misuse. The NTSB also called for the development of a so-called “distracted driving lock-out mechanism or application for portable electronic devices that will automatically disable any driver-distracting functions when a vehicle is in motion.”

It remains unclear if the recommendations will have an impact, but it’s a reminder that drivers need to be responsible and attentive even if technology is doing the heavy lifting. 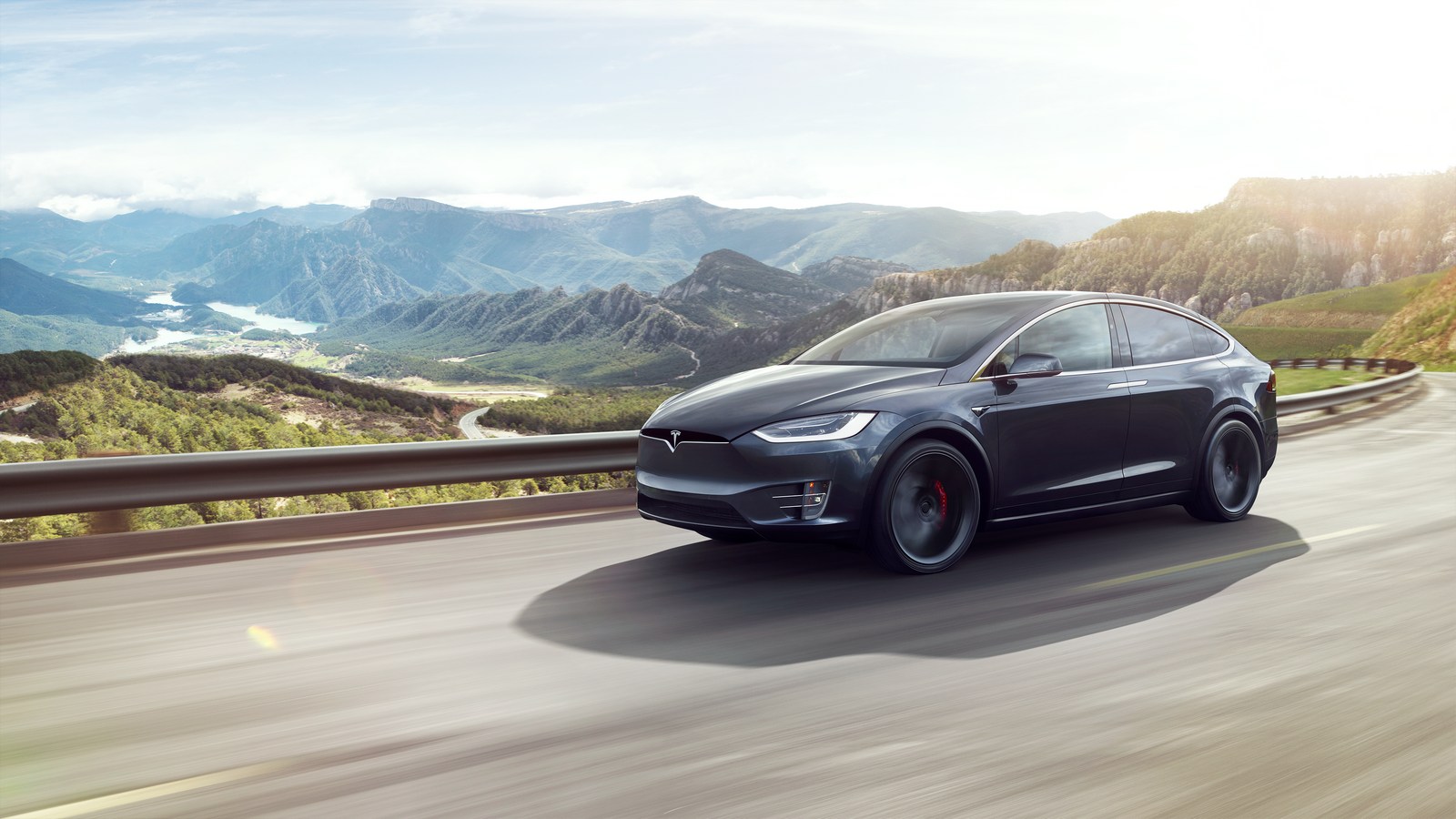