The all-new VW Caddy will arrive in dealerships across Europe later this year.

VW has gone official with the same photos we posted earlier today and the specifications of the all-new Caddy, so we’ve updated this story with the new information. [Update 2/20/2020]

Volkswagen’s Commercial Vehicles division said it would unveil the all-new Caddy compact van/MPV towards the end of this month and given it’s February 20 today, here it is in the first official photos.

The images reveal the passenger version of the new VW Caddy, which adopts evolutionary styling that should make it easily recognizable on European roads. At the front, we can spot new headlights (available as LEDs) framing a slim upper grille featuring VW’s new corporate logo at its center.

Expect to see a similar arrangement on the upcoming T7 family. There’s also a more generous lower grille occupying most of the redesigned front bumper and featuring a honeycomb mesh that’s only perforated in the middle. 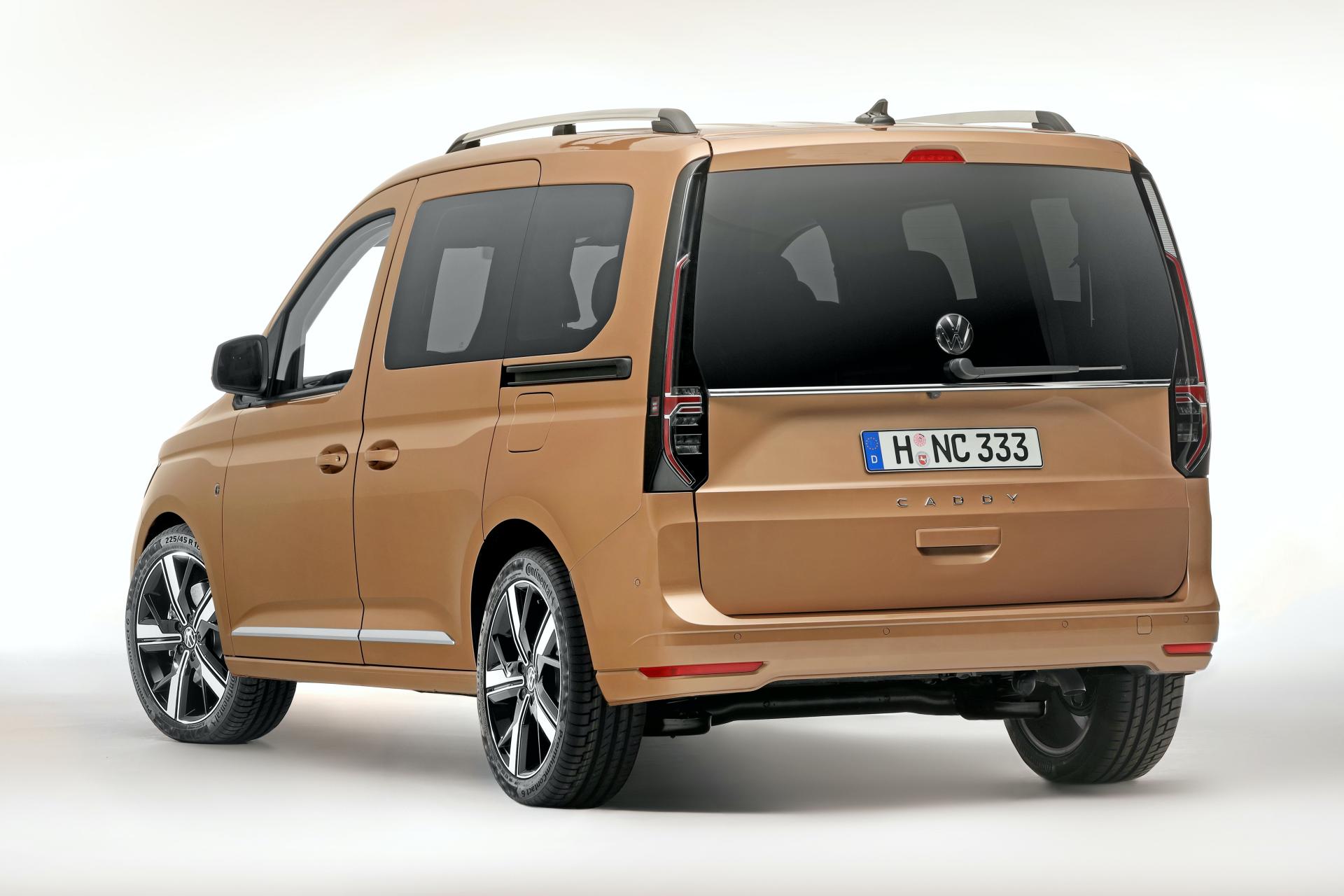 At the rear, the slim LED taillights are longer than before, reaching up all the way to the roof. The new Caddy also gains 18-inch alloys, available as an option for the first time. Depending on the variant, the Caddy will offer a large tailgate or two doors at the back, as well as one or two sliding rear side doors. Electric closing aids for the tailgate and sliding doors will be available.

While we can’t really tell from these photos, the proportions are slightly changed compared to the outgoing model, with the new Caddy featuring a flatter bonnet, more raked windscreen, and longer rear section. The updates make the compact van look more modern and grown-up, as well as more aerodynamic, as the drag coefficient drops from 0.33 to 0.30. 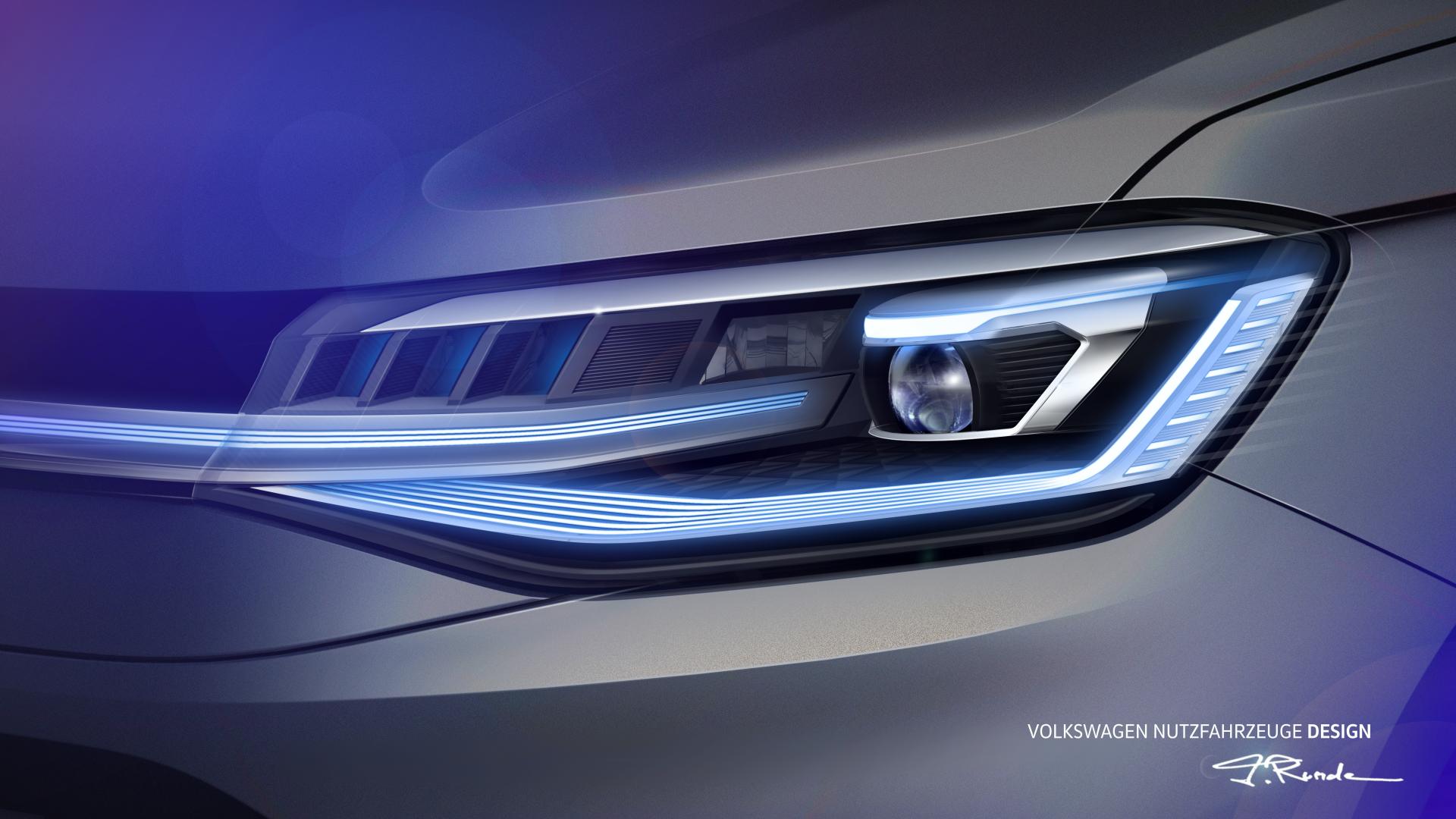 The VW Caddy’s coming of age is obvious under the skin. The MQB platform gives the compact van access to various petrol and diesel powertrains from the Golf lineup. The TDI units with outputs ranging from 75 PS (74 HP) to 122 PS (120 HP) are said to be “among the cleanest diesel engines in the world” thanks to twin dosing (two SCR catalytic converters with double AdBlue injection) that reduces nitrogen oxide emissions.

The Caddy will also be available with a TSI turbocharged petrol unit rated at 116 PS (114 HP) and a supercharged TGI natural gas engine with an unspecified output. All engines comply with the 2021 Euro 6 emissions standards and feature particulate filters. VW says fuel consumption drops by up to 12 percent compared to the previous-generation model. Nothing is said about the rumored 48-volt mild-hybrid variants or all-electric iteration which could come later courtesy of ABT Sportsline. 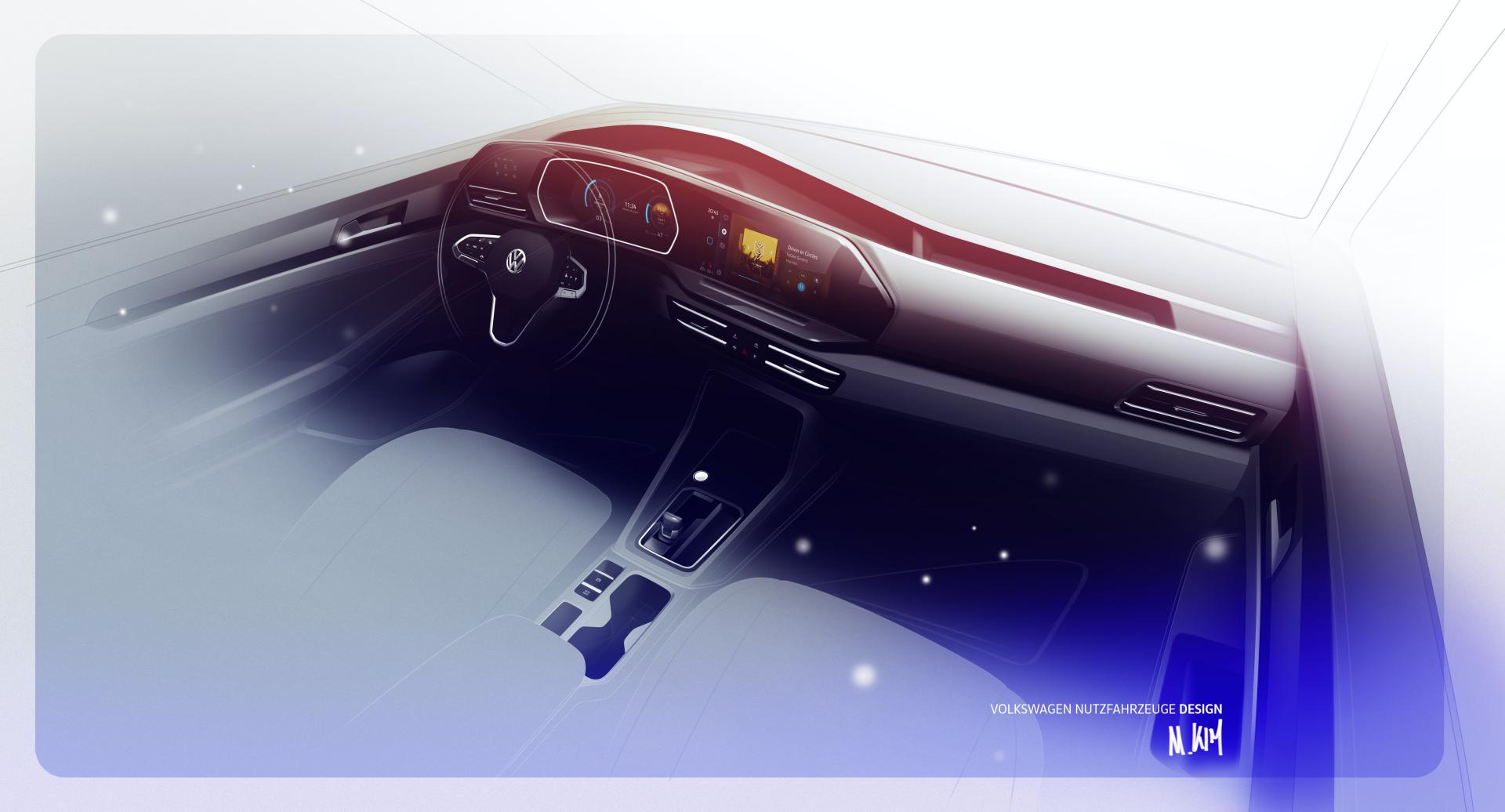 Since we’re still talking about a workhorse (at least in Caddy Cargo guise), the new model will feature a new twist-beam axle with springs to handle higher payloads. This will replace the previous model’s rigid axle with leaf suspension. VW promises more space for both passengers and cargo, with the Caddy Maxi offering enough room for two Euro pallets.

The transition to the modular platform will enable the Caddy to gain new driver assistance and infotainment systems. There are 19 available assistance systems, six of which are new. Those include Travel Assist adaptive cruise control with stop & go, Trailer Assist, and Side Assist with Rear Traffic Alert. 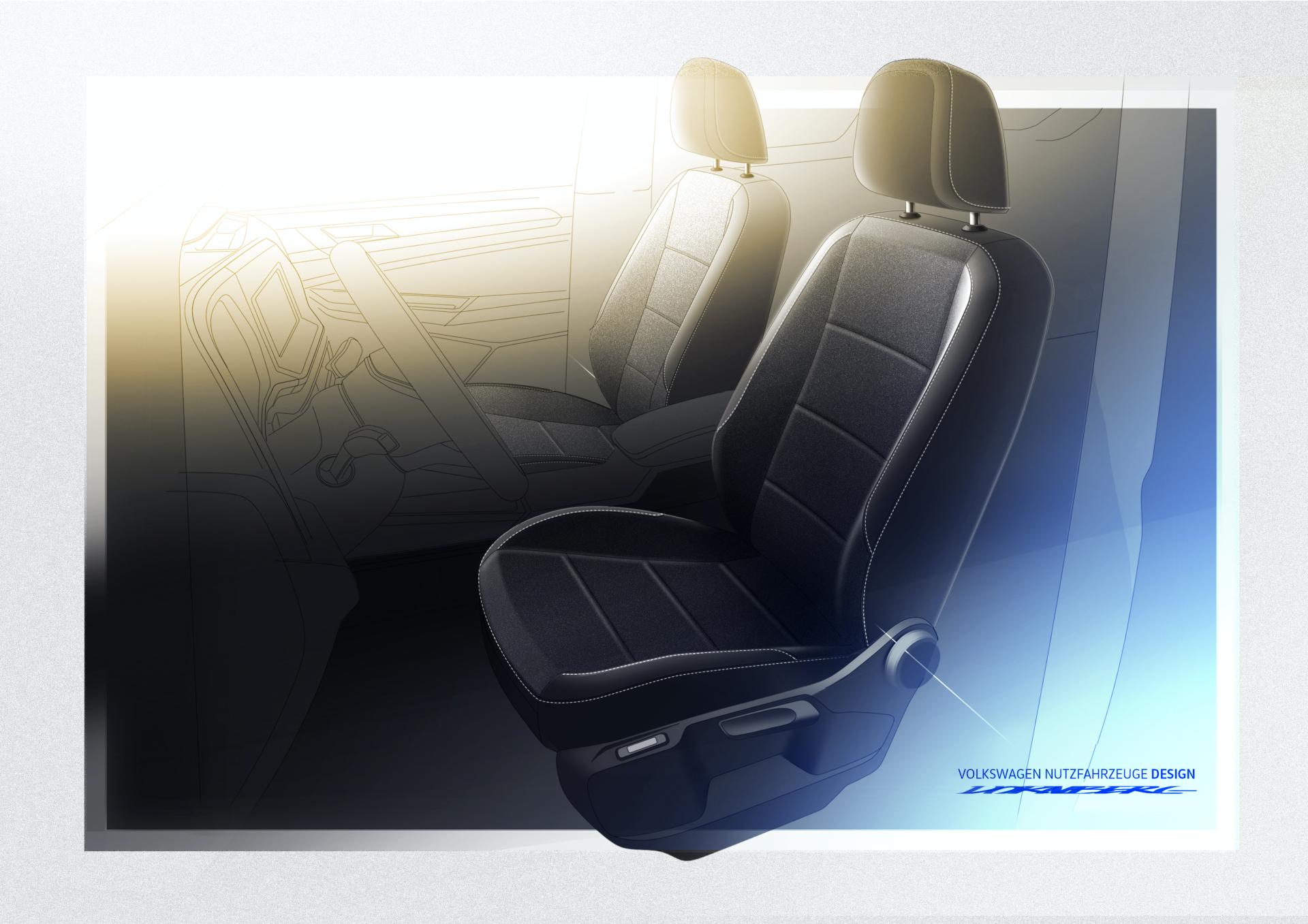 As for the multimedia interfaces, VW they are available in sizes ranging from 6.5 inches to 10 inches, with the Digital Cockpit also offered as an option. The dashboard is fully redesigned and includes a new multifunction steering wheel, new shifter for the automatic transmission, ergonomic seats, and a ‘Light & Sight’ cluster of buttons to the left of the steering wheel. Keyless Access is also available for the first time.

The all-new VW Caddy will launch later this year as a Cargo (panel van with enclosed superstructure), an estate (with passenger compartment windows) and MPV passenger car variant. It will offer three trim levels (Caddy, Life and Style), with all of them said to pack more equipment than their corresponding predecessors. 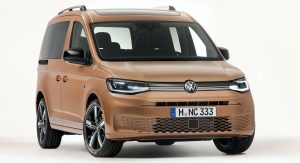 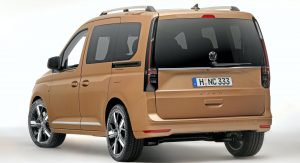 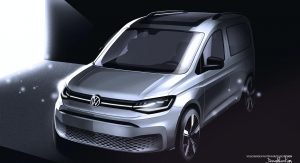 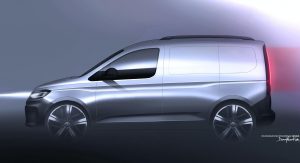 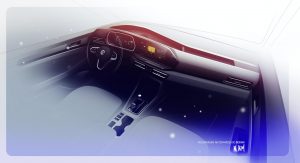 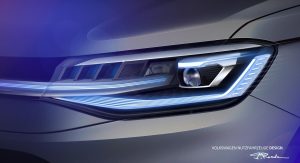 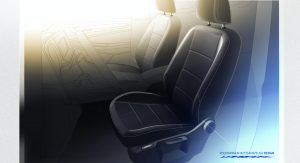 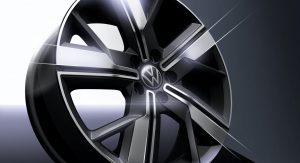 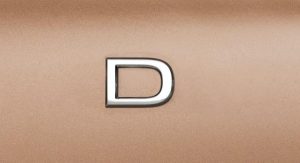