The 2021 Kia Sorento will have its world debut at the Geneva Motor Show in March.

The 2021 Kia Sorento’s exterior design is not a secret anymore thanks to the spy shots we brought you recently. But what about the interior?

Well, Kia has decided to shed some light on the all-new Sorento’s cabin design courtesy of several official design sketches. These are supposed to keep fans of the Sorento happy until the all-new model’s world debut at the Geneva Motor Show next month.

As with the exterior, the interior of the fourth-generation Sorento will be a major departure from the outgoing model. The dashboard adopts more precise contours and rectangular shapes for a more rugged appearance. 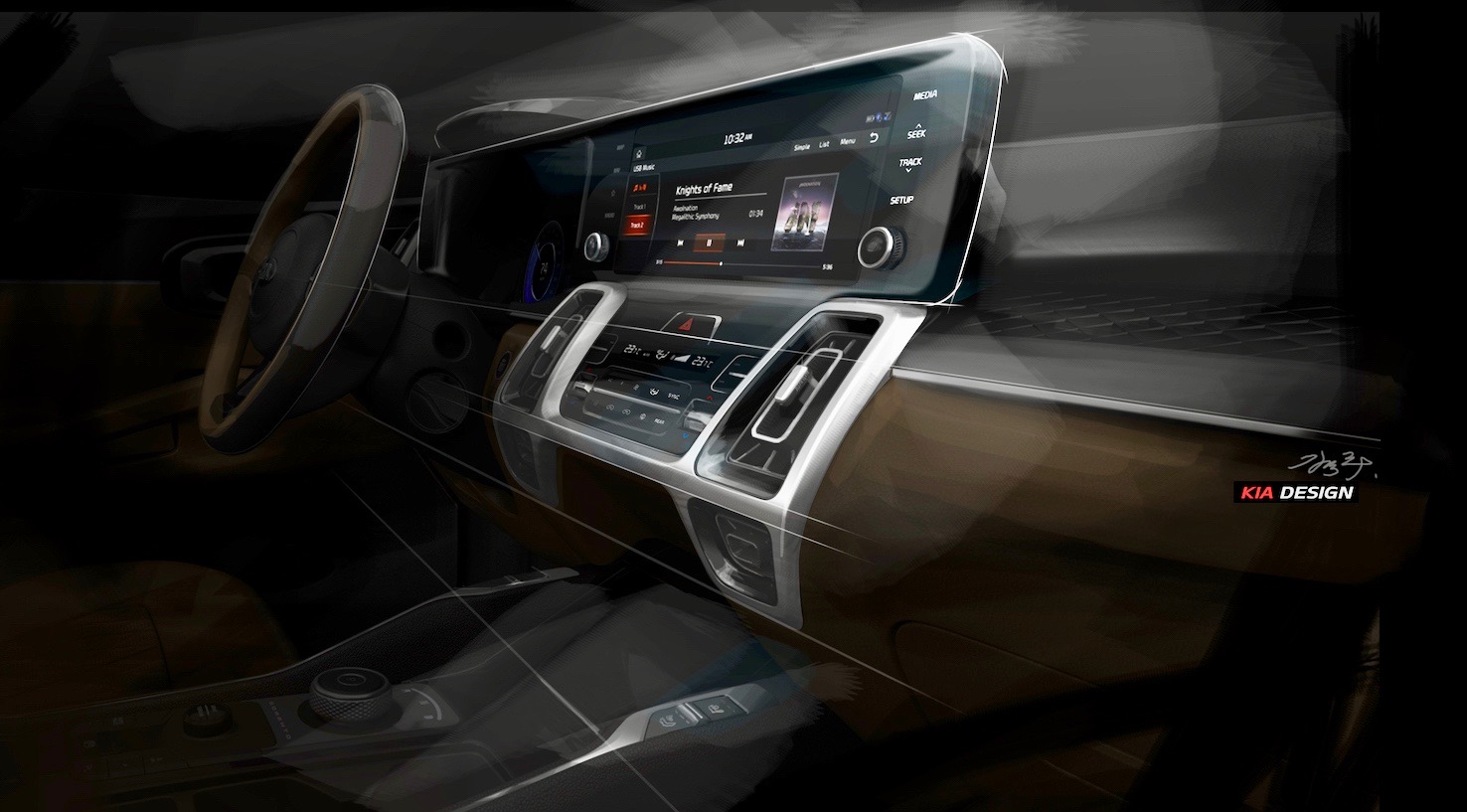 Kia says the “Functional Emotions” interior design concept pursues harmony and balance between aesthetics and functions. According to the Korean automaker, the cabin is all about “intuitiveness” which is something SUV drivers apparently prioritize. Obviously, this is a reference to the 2021 Sorento’s Human Design Interface (HMI) and its connectivity features.

We don’t get any details about the infotainment system but we can see that the digital instrument panel and central display are visually integrated into a single unit as is the trend nowadays. The screen sizes are reportedly 12.3 inches for the digital cluster and 10.25 inches for the main infotainment display. Right below the main screen there’s a smaller one for the automatic climate control unit. 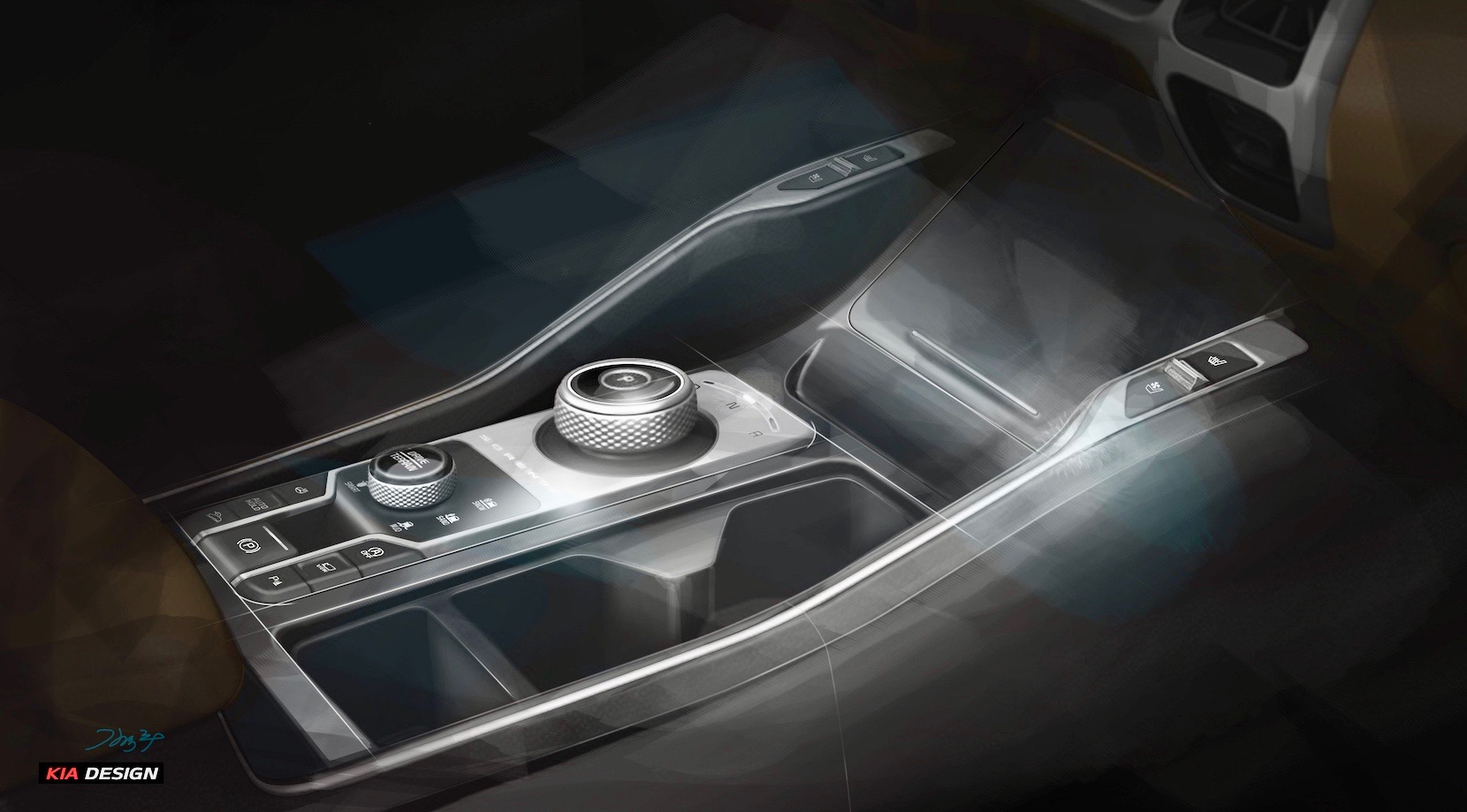 Kia describes the center fascia as “technical and highly focused” and says the Sorento offers “visually intuitive experiences and a sense of control enabled by state of the art technologies.” The design sketches also reveal a rotary shifter for the automatic transmission located on the center tunnel between the front seats.

There’s a smaller round dial behind it which is used to flick through the driving modes. Additional buttons are visible between the small dial and the center armrest and they’re for the electric parking brake, heated steering wheel, start/stop system, auto hold function, parking sensors and hill descent control. 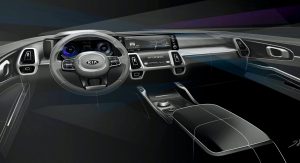 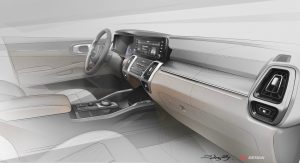 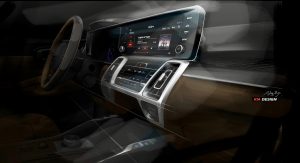 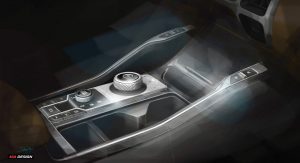 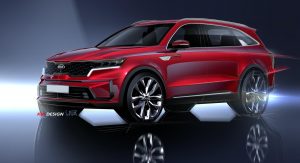 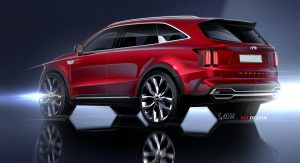 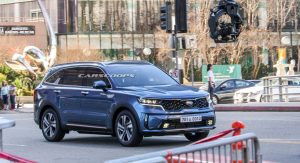 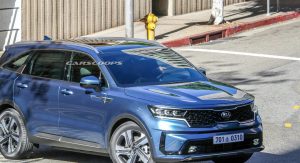 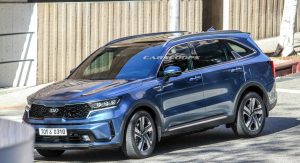 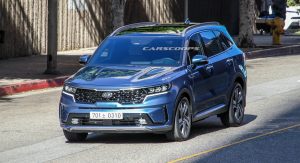 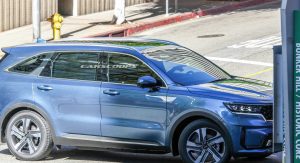 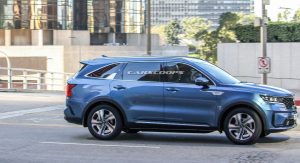 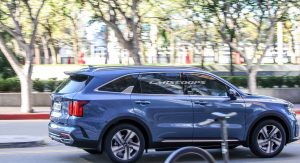 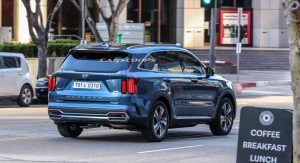 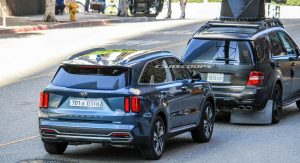 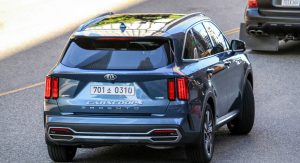 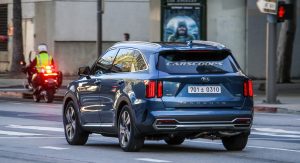 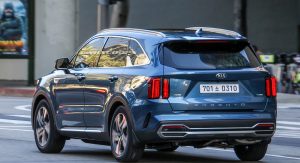 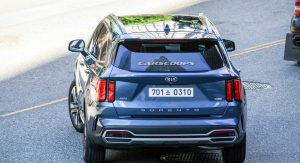 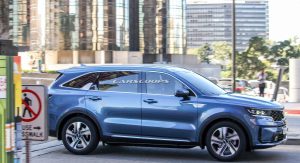 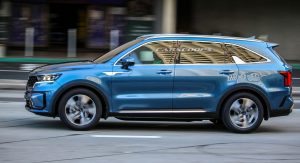