Three examples of the M2 Competition have been sacrificed for the sake of art, as BMW has given international contemporary artist FUTURA 2000 access to the sports coupe.

Set to be unveiled later today at 2:30 p.m. in Los Angeles (5:30 p.m. EST), at Paramount Studious’ Blacklot, these vehicles have been hand-painted by the artist at the company’s headquarters in Munich and represent his “unique artistic vision”.

Born Leonard Hilton McGurr, FUTURA 2000 is a graffiti pioneer of the 1980s. His approach on the street is described as “radical”, as he introduced “abstraction to an entirely letter-based discipline”. McGurr became part of a wider movement that included other street artists, such as Dondi White, Jean-Michel Basquiat and Keith Haring.

The artsy M2 Competition will preview a special edition version that will launch later this year. Details as to what exactly BMW’s M division will be doing to it are unknown at the moment, yet we do expect a special paint scheme, at the very least.

Pricing for the M2 Competition starts at $58,900 in the United States. 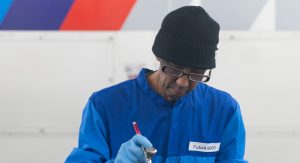 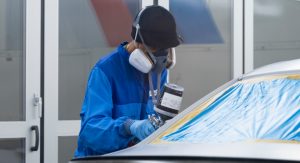 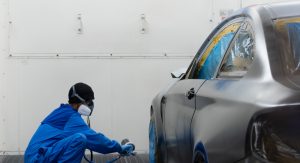