As promised last month, Suzuki has unveiled a new concept vehicle at the Auto Expo 2020 in New Delhi.

It’s called the Maruti Suzuki Concept Futuro-e and it combines the body styles of a coupe and an SUV while packing an all-electric drivetrain. The futuristic coupe SUV concept proposes a new global design language for future Suzuki SUVs. At the same time, it’s said to target India’s “young and aspirational youth.” 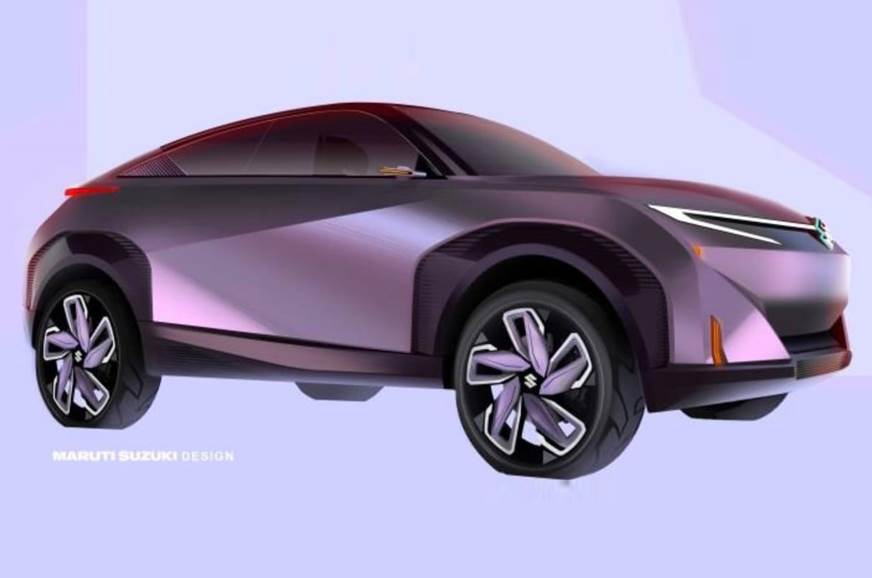 At the front, the Futuro-e sports a unique lighting signature with a bar emerging from the S emblem and making a sharp turn as it reaches the extremities of the fascia. The concept looks athletic thanks to the visual split in side volume, bulky fenders and massive wheels.

At the back, it features an equally interesting lighting signature that spans the entire width of the vehicle and then descends towards the bumper. According to Maruti Suzuki, the concept’s Silver Nebula matte body color is “inspired from galactic hues,” adding to the vehicle’s futuristic appearance. 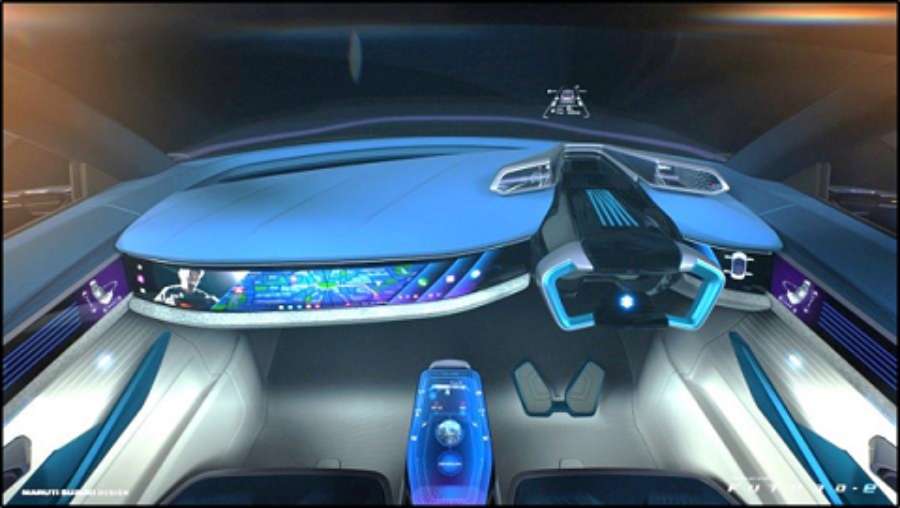 The interior echoes the design of the exterior and is inspired by geo-organic structural forms. It features four flexible swivel seats, a wide sweeping Human Machine Interface (HMI) occupying most of the dash, a butterfly steering wheel, and a center console that unites the front and rear rows of seats.

The blue and ivory high contrast color scheme is said to accentuate the floating concept of the interior, with assistance from translucent surfaces and mood lighting. No details were released about the drivetrain other than the fact that the Futuro-e is “future ready with a wide array of powertrain options like hybrid and pure EV.” 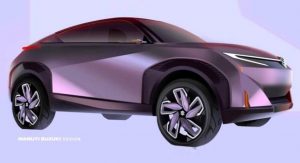 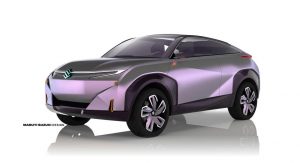 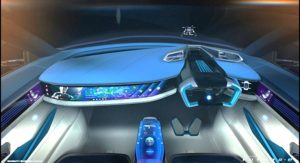 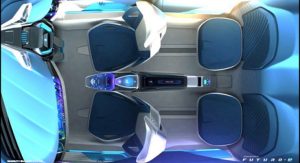