Amazon stunned the world last year when it placed an order for 100,000 electric delivery vans with EV startup Rivian.

While the order itself is the highest ever made for an EV fleet, what was more surprising is that Amazon chose Rivian, an EV startup that has yet to put a production model on the road. Furthermore, the internet giant said at the time that deliveries of the new bespoke electric van will begin in 2021. Is that really going to happen?

Amazon seems to believe so as its goal to have its next-generation zero-emissions delivery vans on the road from next year remains unchanged. To show that work is underway, the company has released behind-the-scenes photos and a video showing a scale model and a full-size clay mockup of the van.

Watch: Go Behind-The-Scenes At Rivian And See Its History

Shot at Rivian’s design studio in Michigan, the footage highlights the fact that Amazon’s delivery van is nearing the completion of the design phase. If you find its looks funny, it could be because Amazon’s approach was to create a new, custom electric vehicle tailored to its needs and not those of the general public. The company also sees it as the best and quickest way to reduce its carbon footprint.

Besides reducing carbon emissions, the new delivery van is projected to “raise the bar for driver safety and optimize technology and design elements to create a best-in-class driver experience.” Rivian will build the electric van at its plant in Normal, Illinois in three size variants, with front wheel and all-wheel drive options, as well as multiple battery sizes optimized for specific delivery routes.

Interestingly, Amazon asked its delivery drivers for feedback regarding the new van’s design and functionality using virtual reality that simulates the driver experience in the new vehicles. Areas of interest covered everything “from how the seat feels to the ease of getting in and out of the vehicles, package loading and unloading, and visibility.”

“We are focused on driving efficiency into every aspect of the vehicle design – everything from cabin heating to driver ergonomics to drivetrain design has been optimized for time and energy,” said R.J. Scaringe, CEO of Rivian. What else is there to know about Amazon’s next-gen delivery van? Well, it will include advanced safety tech such as automated emergency braking, lane keep assist, pedestrian warning system, traffic sign recognition, and a system that automatically detects and alerts distracted driver behavior.

There are no CGIs of the interior but delivery drivers will work with a digital instrument cluster and central display screen integrated with Amazon’s logistics management. Routing and package delivery technology systems, as well as the Alexa voice assistant will also be standard. Alexa will be available in the cargo bay as well, helping drivers sort packages without having to manually enter commands or consult handheld devices. 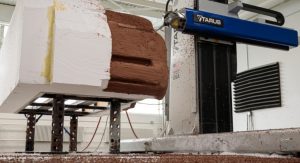 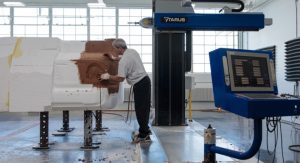 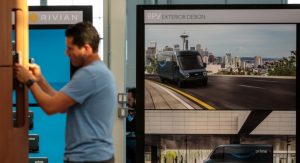 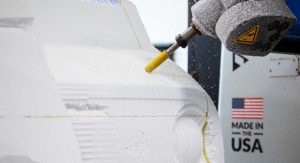 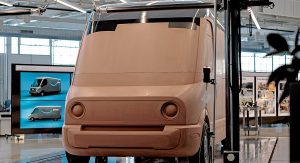 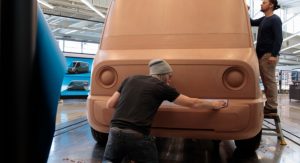 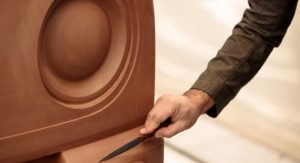 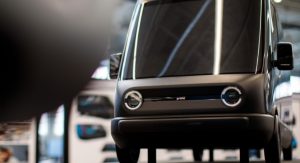 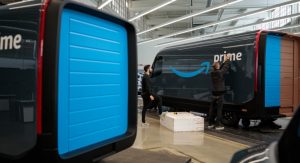 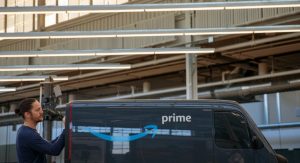 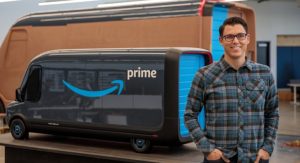 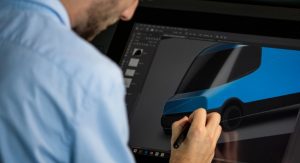 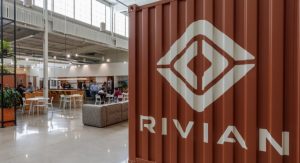