Volvo is expected to unveil the facelifted S90, V90 and V90 Cross Country before the summer.

Volvo isn’t done testing its updated S90 and V90 family, as our spy photographers spotted this mildly camouflaged V90 Cross Country prototype, trying to pretend there’s nothing different about it.

There are changes to the design, make no mistake about it. They are, however, hidden by black tape. When the veils come off, we expect different light units front and rear, restyled bumpers and maybe even new wheels.

We’ve actually seen the new rear lights in action on a V90 prototype back in December, and the LED signature is more modern than what we can see on the CC model, which is still wearing its old taillights.

Tweaks are expected inside as well, with Volvo likely installing a new infotainment system with Android OS, Google Assistant and plenty of other perks – including over-the-air updates.

As for power units, diesel and gasoline-powered engines will endure across the range, all working alongside all-wheel drive systems. It remains to be seen however if Volvo will attribute a plug-in hybrid powertrain for the Cross Country – so far, that hasn’t been the case.

Once the updated V90 CC ends up in showrooms, it will take the fight to the 2020 Audi A6 Allroad, as well as the Mercedes-Benz E-Class All-Terrain. Volvo could unveil the entire updated 90-Series range of cars as soon as next month’s Geneva Motor Show. 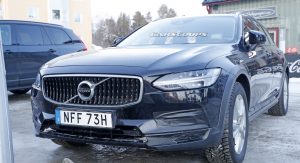 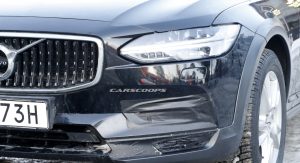 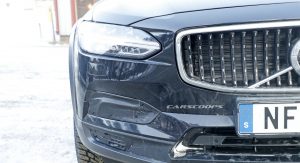 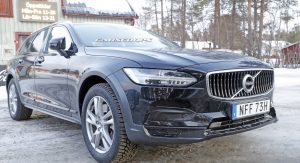 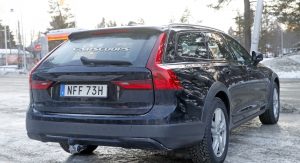 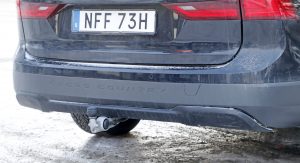 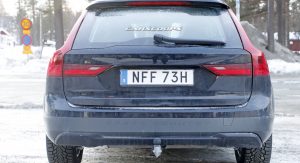 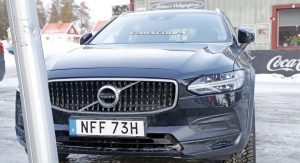 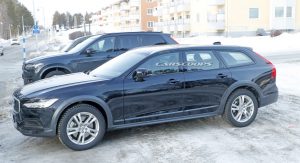 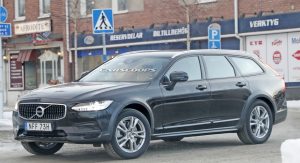 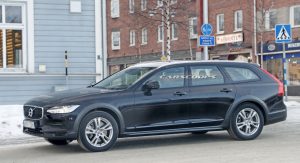 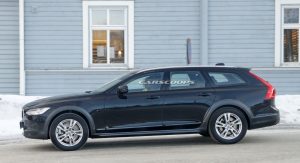 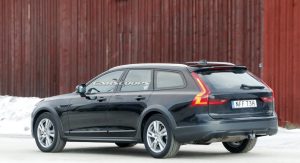