A new generation of Mitsubishi’s Outlander is coming our way with a more inspired design.

The Renault-Nissan Alliance hasn’t been kind to its third-wheel Mitsubishi. Beset by average product offerings, a reduced range, emissions-cheating inquiries and the Carlos Ghosn saga, it seems the Japanese marque can’t just catch a break.

Fortunately, there is a glimmer of hope on the horizon, with the ageing Outlander finally set to receive a major overhaul later this year. However, does it have the goods to take on its crossover rivals? Let’s take a spy-shot based, illustrative preview at what we can expect.

You’d be right thinking the Outlander has an air of familiarity about it. That’s because it’s largely based on the more…outlandish Engelberg Tourer Concept revealed at last year’s Geneva Motor Show.

The concept-to-production links are evident with its dynamic shield grille, T-shaped headlamps with split main beams and high-set daytime running lights, and lower skid-plate that exudes a bold, off-road look. The side profile is dominated by a chiselled lower c-section, scalloped fender pressings and an upright greenhouse with blacked-out pillars for a floating-roof effect.

A Nicer Place To Be

While we haven’t caught a look at the interior yet from one of the prototypes testing on both sides of the Atlantic, it’s believed that, much like the bodywork, the cabin design will too be a more down-to-earth interpretation of the concept study.

Horizontal themes are expected to dominate the instrument panel with an emphasis on improved materials and detailing. Piano-key switchgear will be prominently placed in the center console, with a touchpad for the HUD and infotainment control positioned below. Occupants will benefit from increased space too, with improved dimensions in most areas throughout the cabin.

Five and seven-seat configurations will be available, as will be an abundance of driver assists under the ‘MI-Pilot’ banner. These include adaptive cruise control with stop & go, lane-keeping aid, torque-based grip control, multi around view monitor, digital rearview mirror, forward collision mitigation and lane departure prevention.

The 2021 Outlander will likely be based off the same underpinnings as the next-generation Nissan X-Trail/Rogue; reducing the need for similar platforms whilst increasing economies of scale for the Renault-Nissan-Mitsubishi group.

Reflecting an increase in interior dimensions, the Outlander will be bigger than the current car’s 4,695mm (184.8 in.) length and 1,810mm (71.2 in.) width. Expect big improvements in terms of safety too, with emphasis on acing the IIHS frontal small-overlap crash test conducted for both driver and passenger sides.

Whilst we don’t have exact confirmation of the entire powertrain lineup, we do know the PHEV Outlander will use a 2.4-litre four-cylinder engine pumping out 126 hp (94 kilowatts). This unit will be mated to a pair of electric motors producing 93 hp (69 kW) and is powered by a larger 13.8-kilowatt-hour, lithium-ion battery pack with an all-electric driving range of up to 70km (44 miles).

There’s conjecture a 1.5-litre four-cylinder turbo from the Eclipse Cross may make an appearance in some markets. However, given the Outlander’s increase in size, we’d expect a boost in power over the current unit’s 153 horsepower (114 kW). Other powertrains are likely to be shared with Nisan’s Rogue/X-Trail.

Some pundits tip that it may debut at the upcoming New York Auto Show, however, Mitsubishi Europe president Bernard Loire has confirmed an introduction in the second half of this year, with a smaller SUV launching around the same time.

Finally, what are your thoughts on the next-generation Outlander? Share your views in the comments below. 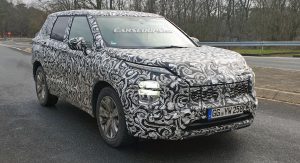 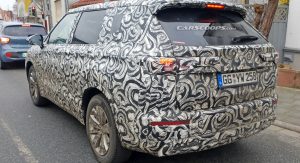 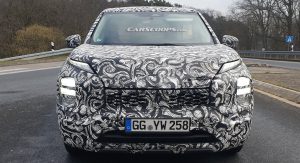 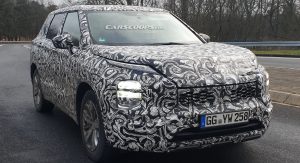 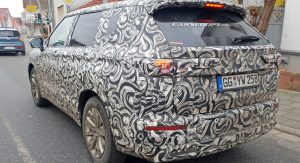 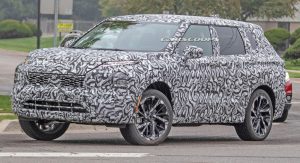 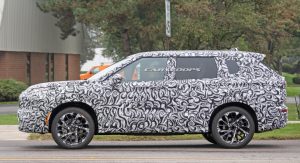 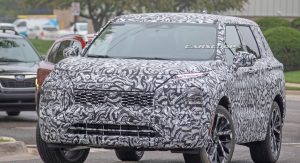 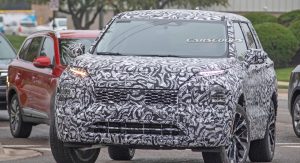 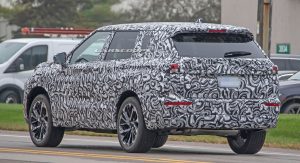 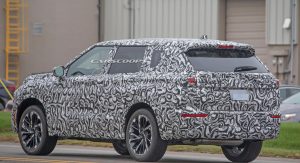 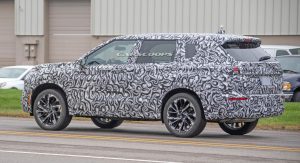 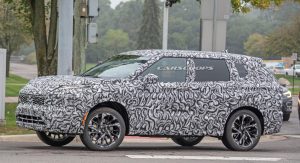 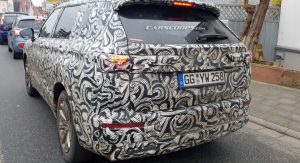 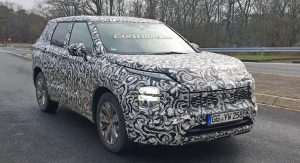