The Ford Puma ST will share the 200 PS 1.5-liter turbocharged three-pot with the Fiesta ST.

Ford has finally peeled all the camouflage tape off its Puma ST performance crossover and we can now show it to you in all its glory.

Our photographers managed to snap the 2021 Puma ST at a gas station in Sweden where the driver of this completely undisguised prototype stopped to refuel before carrying on with his cold weather testing duties.

Ford probably thought that removing the ST badges from this prototype would allow it to fly under the radar as a regular Puma ST-Line but obviously that didn’t happen. Speaking of the Puma ST-Line, the ST version looks very similar except for the deeper front spoiler with a black lip, uprated brakes, twin exhaust pipes and a slightly bigger roof spoiler. 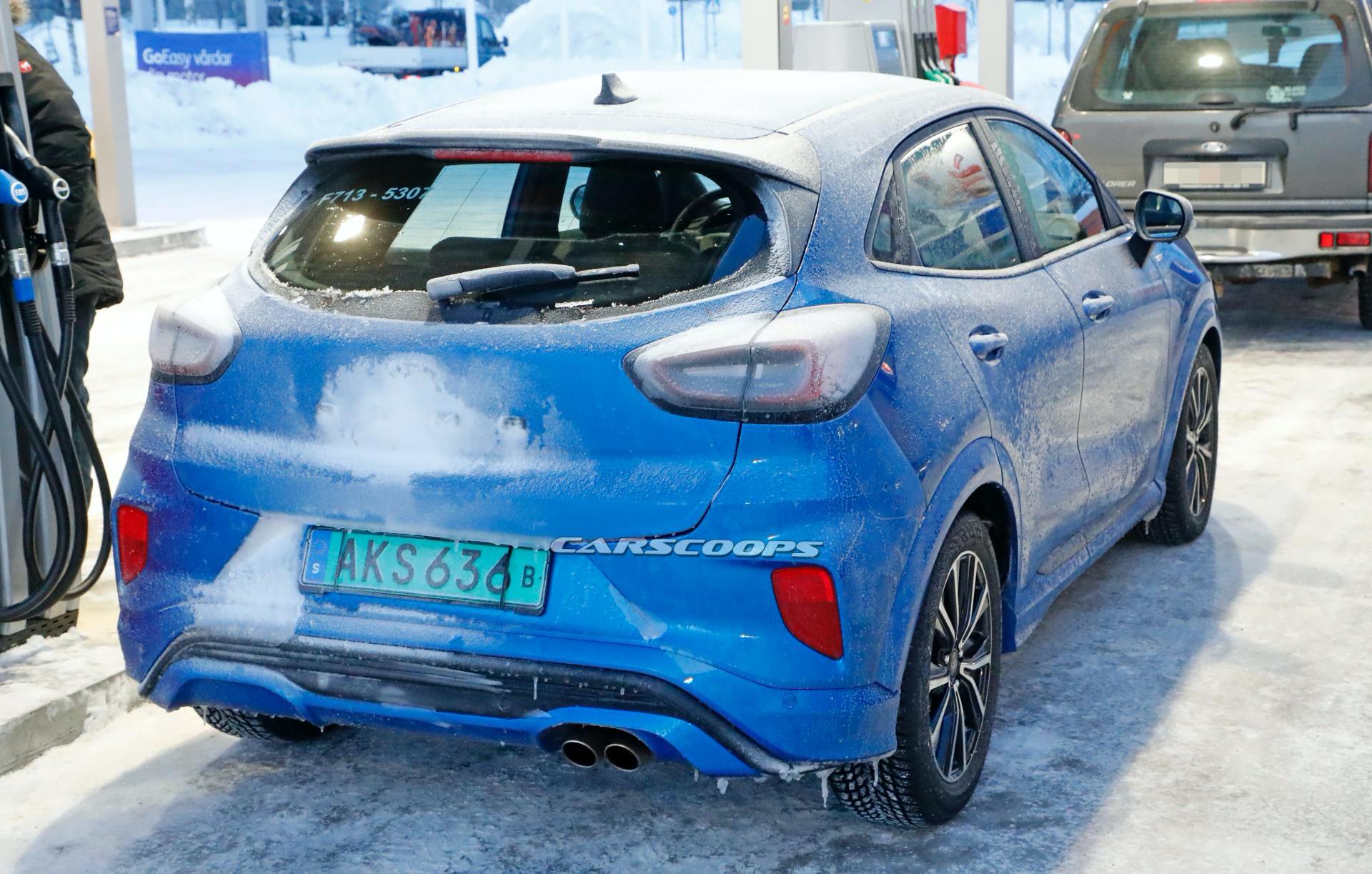 More subtle differences include a big intercooler lurking behind the lower grille, Recaro sports seats, sports steering wheel and some carbon fiber-like trim on the center console. As for the things that can’t be seen, our photographer says the engine sound of the Puma ST is deeper and sportier.

Credit for that goes both to the upgraded exhaust system and the 1.5-liter EcoBoost three-cylinder engine that likely delivers the same power and torque as in the Fiesta ST. We’re talking 200 PS (197 HP) and 290 Nm (214 lb-ft) of torque, channeled to the front wheels via a six-speed manual transmission. 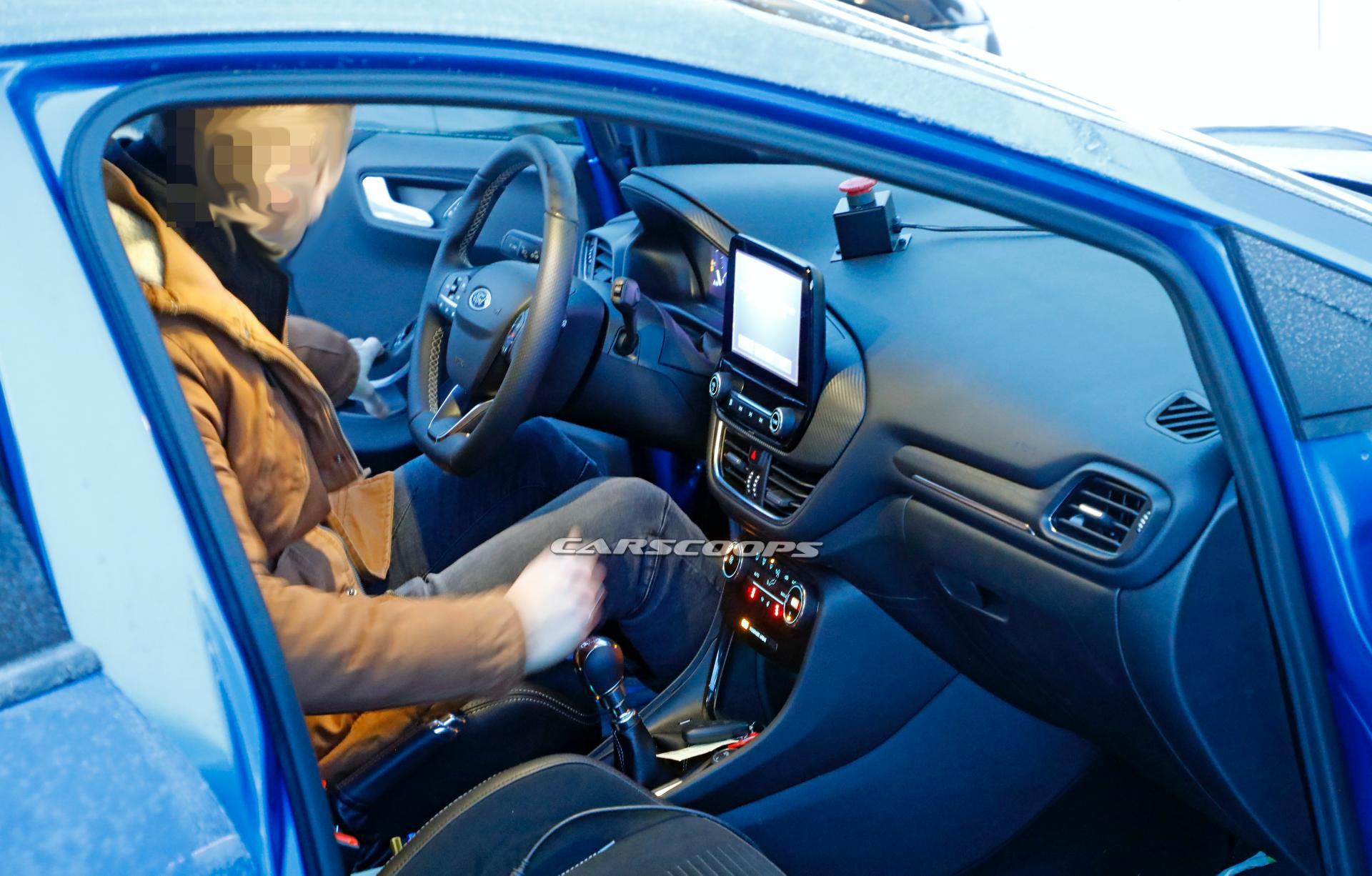 We expect a 0 to 100 km/h (62 mph) sprint of under 7 seconds, given that the lighter Fiesta ST covers the same benchmark in 6.5 seconds. Ford will officially reveal the Puma ST later this year, but it might not happen at the Geneva Motor Show because the Blue Oval has yet to confirm its presence at the Swiss event. 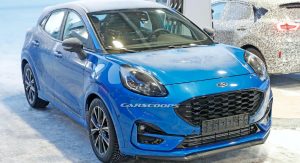 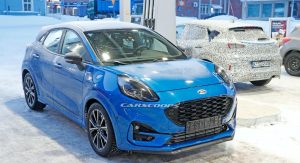 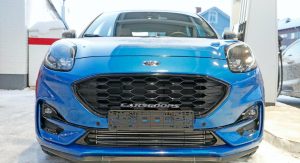 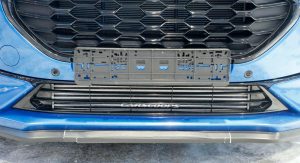 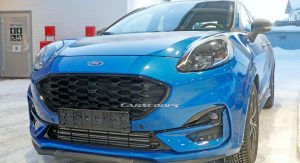 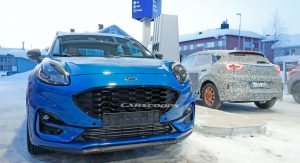 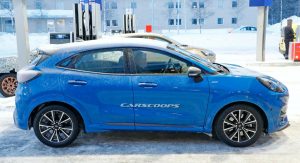 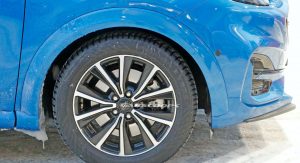 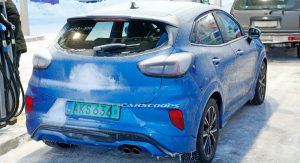 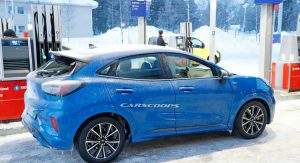 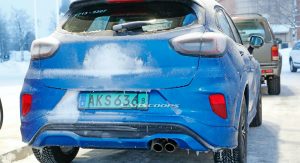 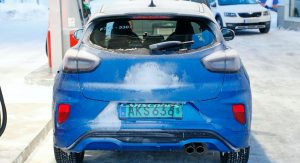 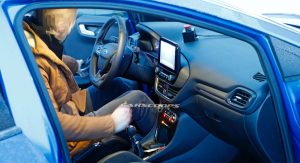