Yesterday, BMW officially announced that the i4 electric sedan will make its world debut at the Geneva Motor Show next week in concept guise.

We all know that the Concept i4 will be a thinly-disguised production model. Speaking of the car people will actually be able to buy, a BMW i4 prototype was spotted again undergoing cold weather testing in the northern Sweden.

This gave our photographers the opportunity to take pictures of the interior, revealing several updates since the last time we got to peek inside the i4. Similarly to the iX5 electric SUV, the main infotainment screen and the digital instrument panel have a rectangular shape and form a single unit, unlike the separate displays borrowed from the 3 Series we saw in an earlier prototype. 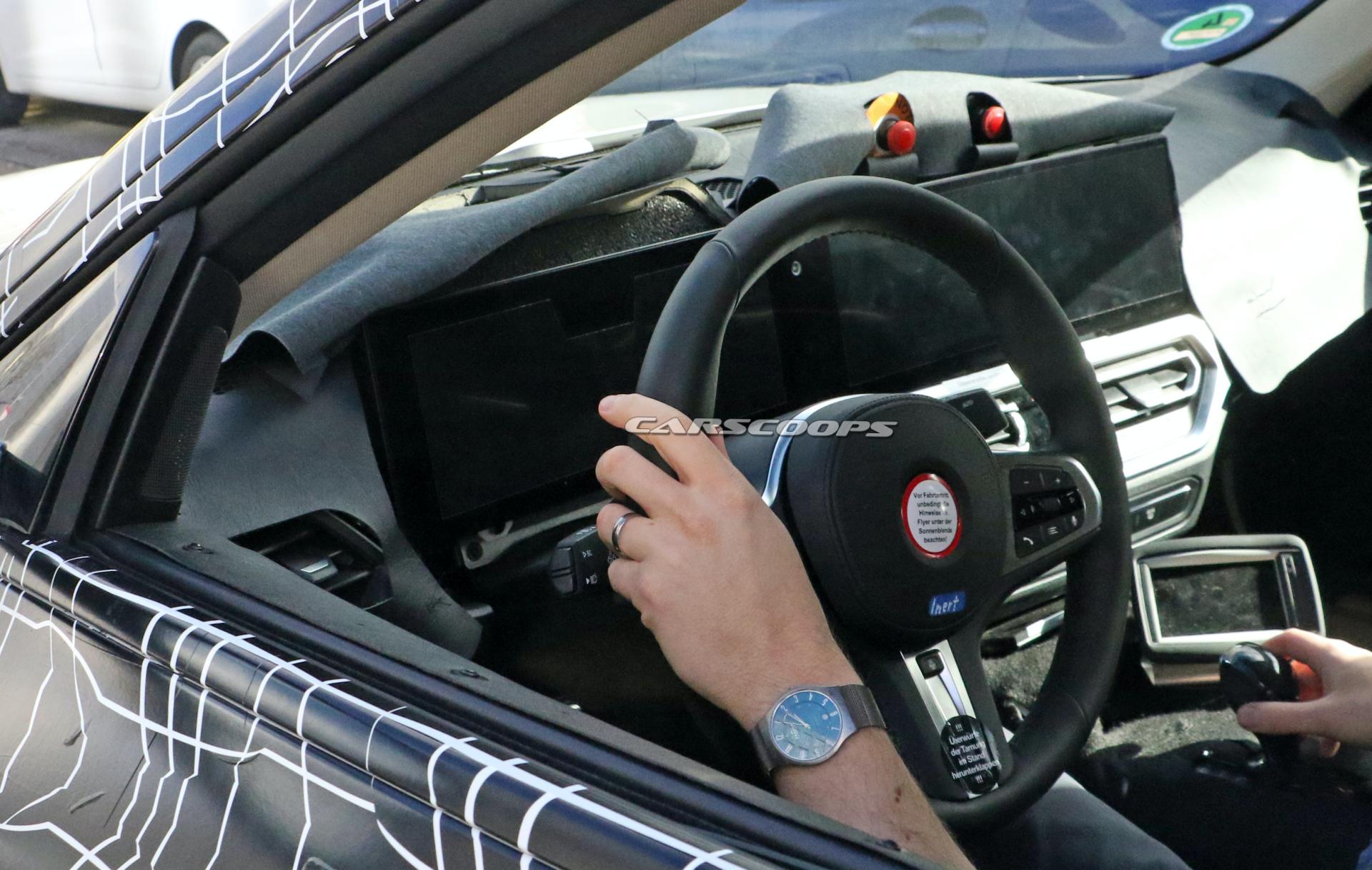 The rest of the dashboard however, appears to be similar in design to that of the 3-Series but this i4 test car appears to no longer feature hard buttons right underneath the center vents. The switches seem to have been moved lower. The multifunction steering wheel looks identical to what BMW uses in its latest models, featuring a three-spoke design and the usual controls.

On the outside, the BMW i4 continues to be fully covered with camouflage tape, though we can spot an interesting detail in these photos – the snow chains mounted on the rear wheels only. This means this particular prototype is rear-wheel drive, with reports claiming BMW will offer two RWD variants of the i4, badged i4 60 sDrive and i4 80 sDrive. There will also be an AWD model expected to sport the i4 80 xDrive badge. 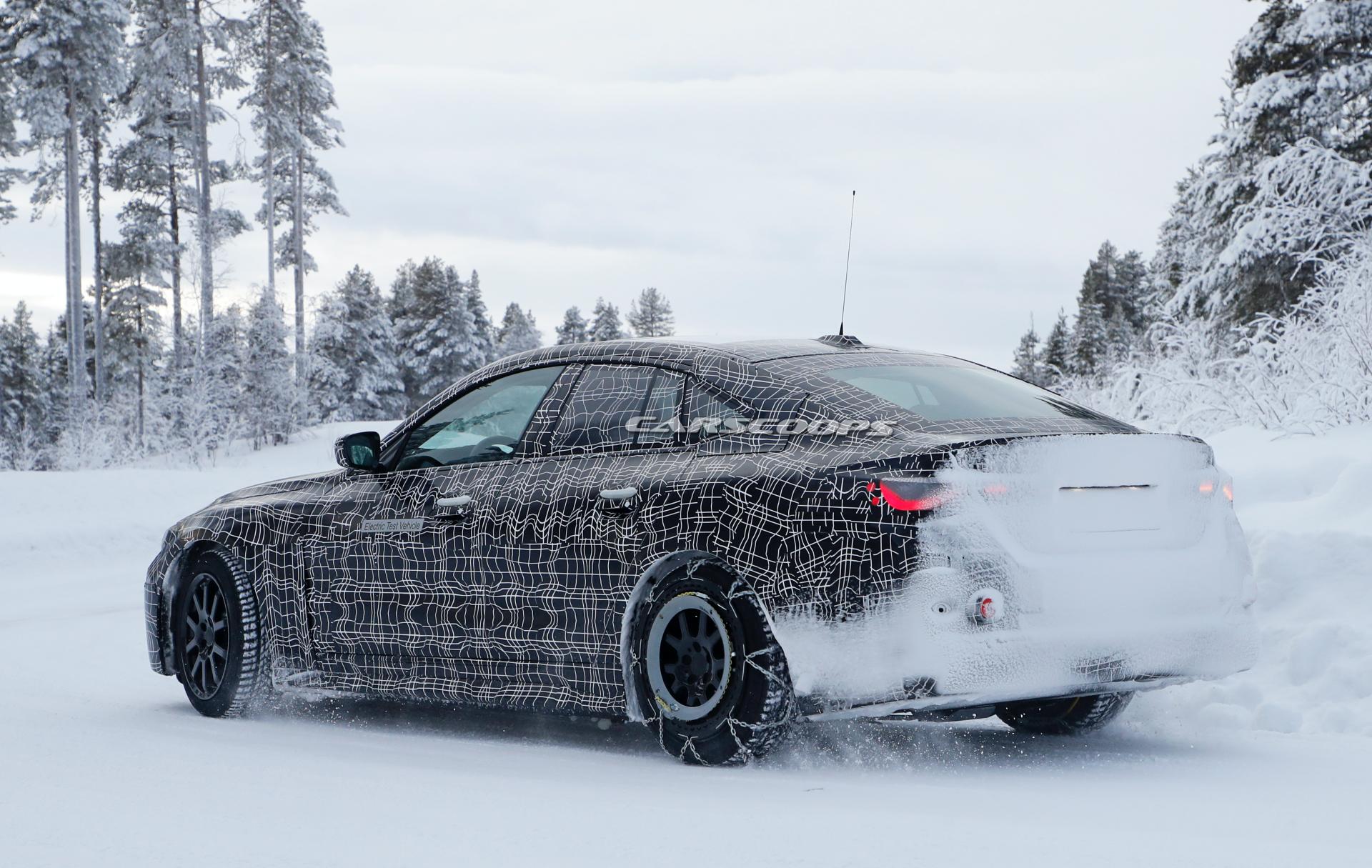 A new battery with a capacity of roughly 80 kWh will give the i4 a WLTP driving range of around 600 km (373 miles) on a single charge. Thanks to a charging capacity of up to 150 kW, the i4’s battery will need around 35 minutes to reach 80 percent. A six-minute charge will yield around 100 km (62 miles) of charge.

Expect the production BMW i4 to debut sometime next year, with more information about it to find their way online after the concept debuts next week. 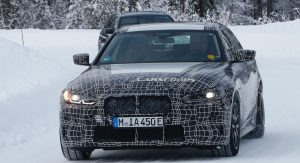 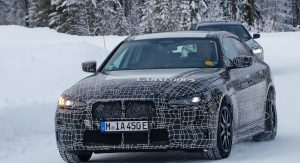 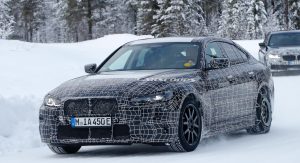 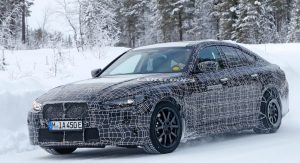 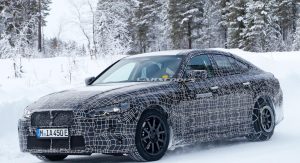 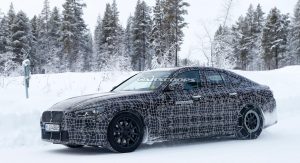 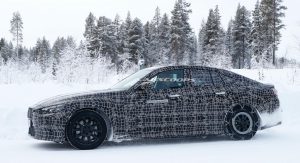 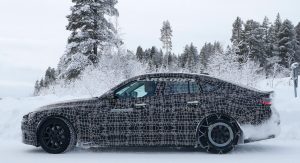 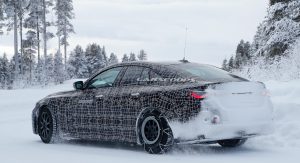 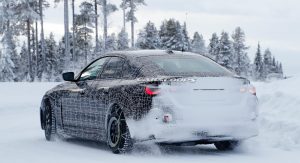 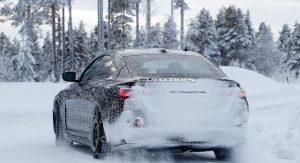 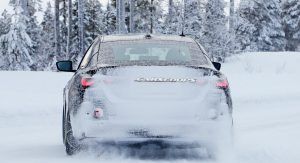 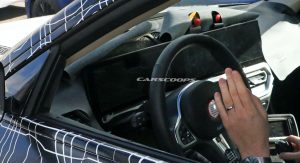 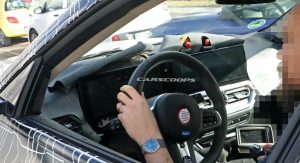 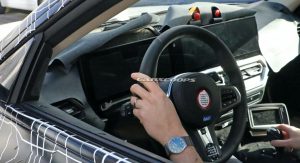