A 245 PS petrol version of the new-gen Skoda Octavia RS is also expected.

Skoda will unveil the new generation Octavia RS at the 2020 Geneva Motor Show on March 3. The first model to premiere will be the Octavia RS iV, a plug-in hybrid version of the sporty compact car.

It will combine the 1.4-liter TSI petrol engine with an electric motor for a total output of 245 PS (242 HP / 180 kW). According to an alleged leaked document posted by the unofficial SkodaNews channel on Twitter, it will arrive exclusively with a six-speed DSG automatic transmission and will launch in June.

At the end of August, the gasoline-powered version of the Octavia RS will join the lineup, with a 2.0-liter TSI engine rated at 245 PS (242 HP / 180 kW), matched to a six-speed manual or a seven-speed dual-clutch automatic gearbox. The lineup will be complete by the diesel offering, which will be introduced at the end of summer with a 2.0-liter TDI, making 200 PS (197 HP / 147 kW), hooked up to a 7-speed DSG. 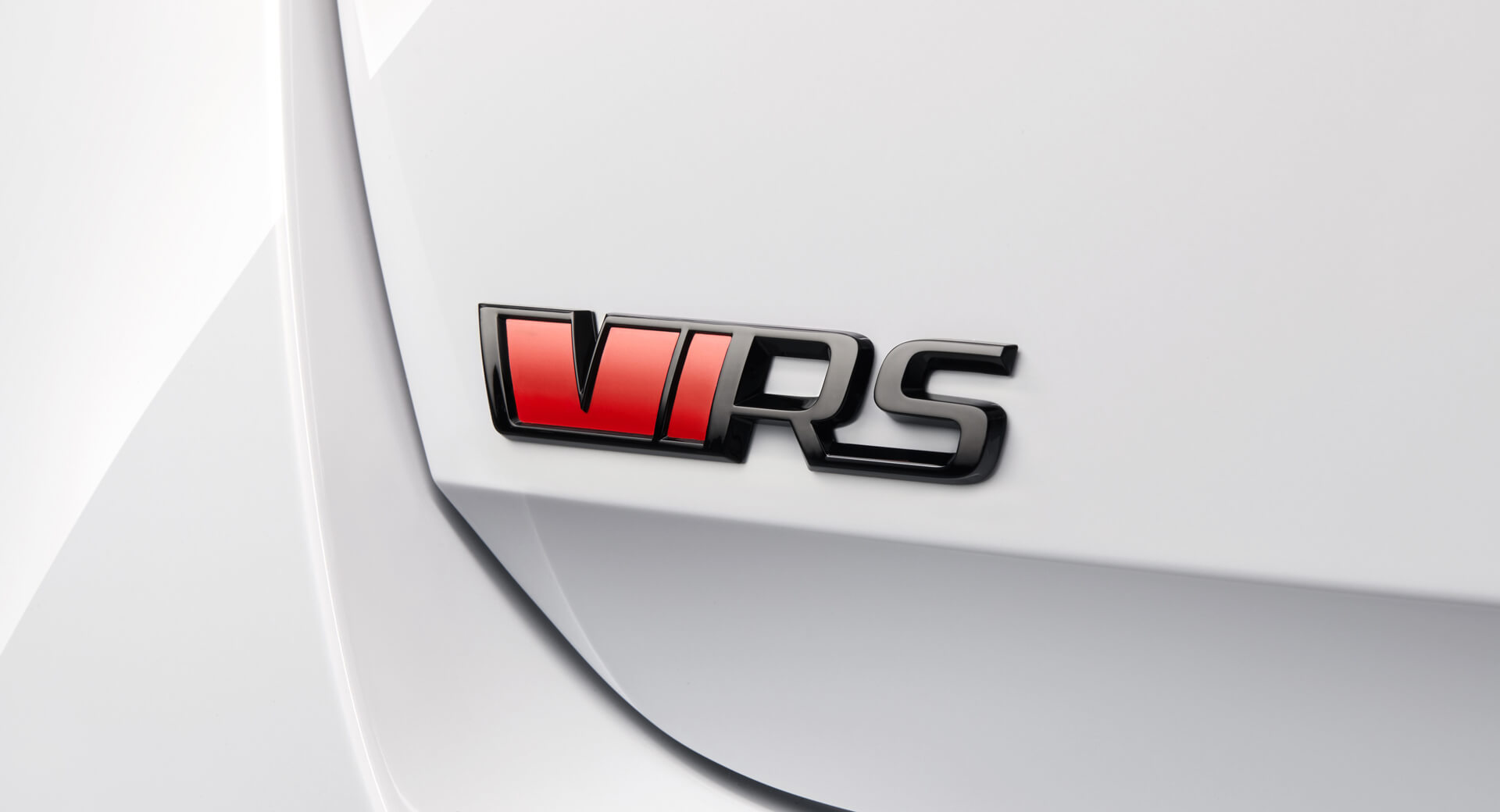 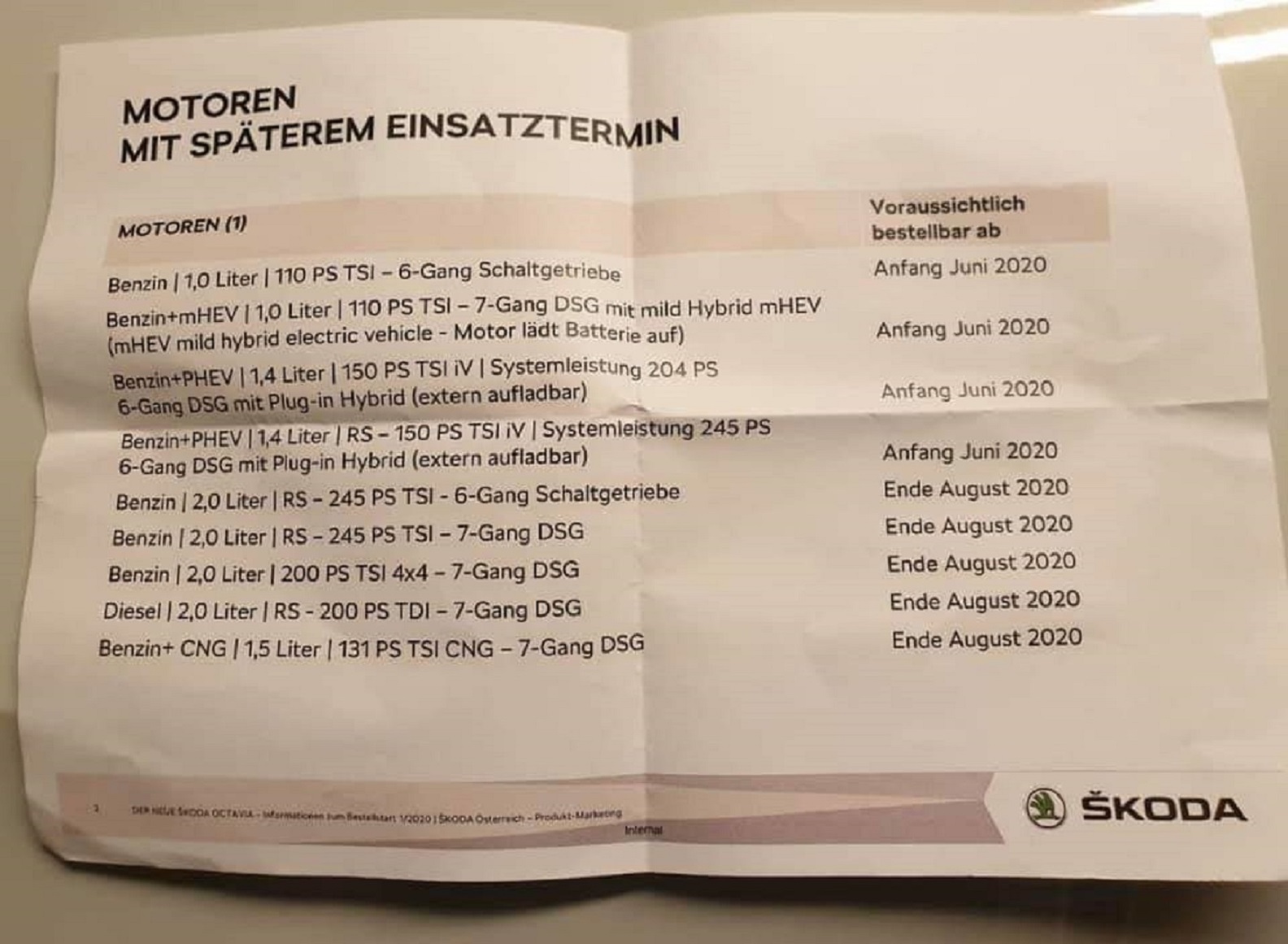 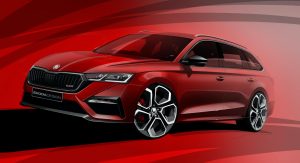 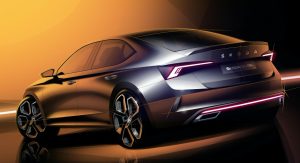 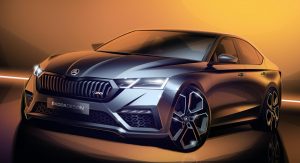