This Toyota Supra may have the same 5.4-liter V8 as the Lexus RC F GT3.

Toyota has just started testing of a new racing variant of the 2020 GR Supra, this time for Japan’s GT300 racing series. What makes this racer particularly special is the fact that it features a V8 engine.

As we all know, the street-legal 2020 Supra uses a BMW-sourced 3.0-liter turbo six-cylinder with 335 hp. This engine recently made way for a turbocharged four-cylinder in the Supra GT500 racer and also fails to feature in the GT300-spec race car.

Japan’s GT300 series grants manufacturers the freedom to develop bespoke engines for their entrants and judging by the sound of this Supra prototype (in the YouTube video here), the car manufacturer has taken the opportunity to cook up a rather impressive-sounding V8. 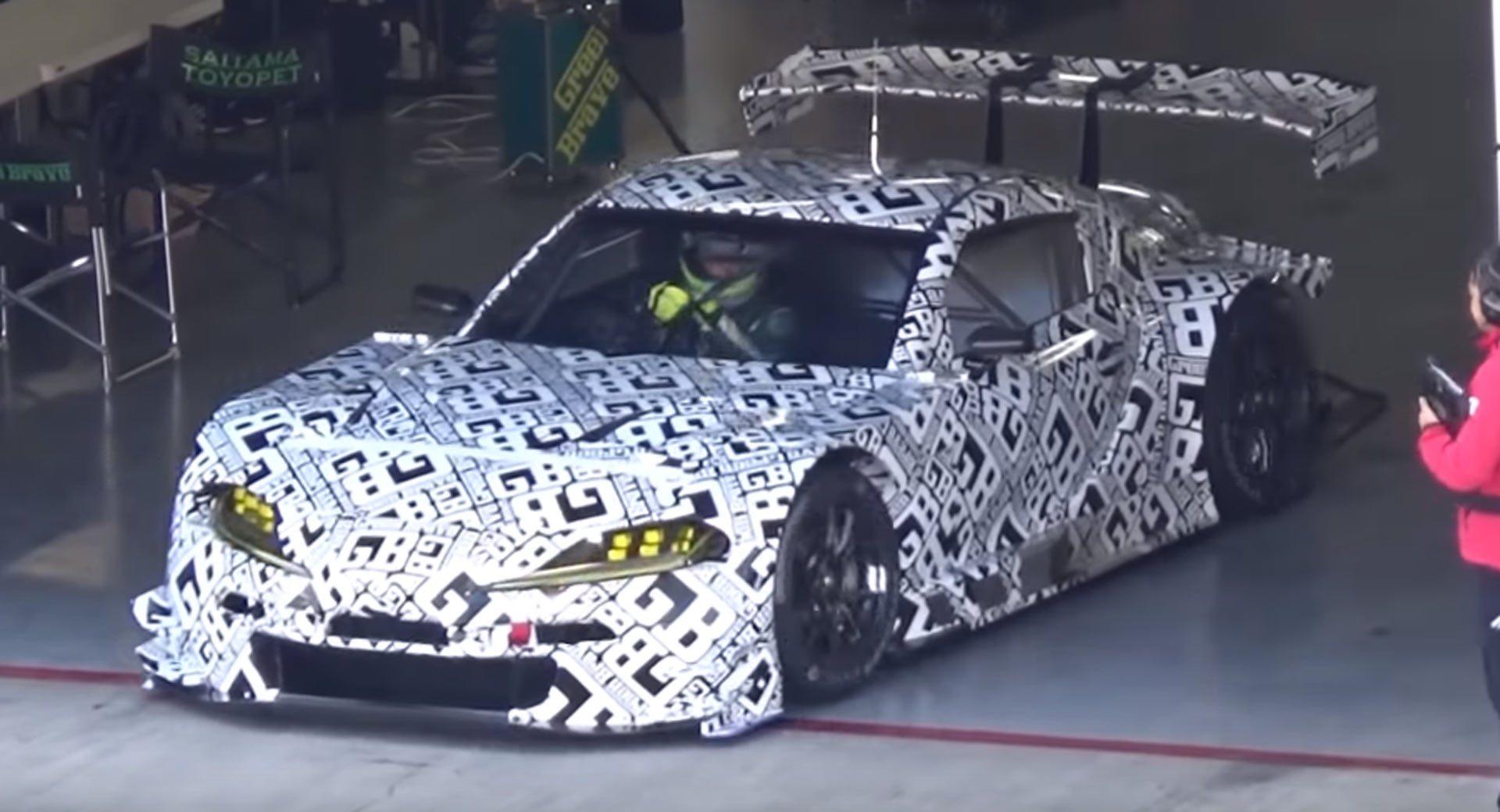 Specifics about this engine remain unclear although we think it is unlikely to share any components with the V8s that are found in a handful of Lexus road cars, for example. With that being said, it could be similar to the naturally-aspirated 5.4-liter V8 used by the Lexus RC F GT3. It sounds absolutely brutal and suits the low-slung and widened bodywork of the Supra race car to a tee.

While Toyota is clearly happy to develop Supra racing cars with engines distinct to the street model, there’s no chance the current Supra will ever be sold to customers with a V8 engine. However, that’s not to say a more potent variant isn’t possible. In fact, Toyota has expressed its openness to perhaps one day using the latest twin-turbo 3.0-liter six-cylinder found in the BMW X3 M and X4 M and set to be used by the latest-generation M3 and M4.

The Supra GT300 LIVES! 🙌 This JAF GT-spec, V8-powered Toyota has made its public debut in Japan where it’s eligible to compete in Super GT against FIA GT3 machinery. And you know what that means: we could see one at #Suzuka10H in August! 🙏🏻 @green_brave_official. #IntGTC ❤️ 🇯🇵