The GMC Yukon selectively uses its brakes and power to spin in place.

Thought the ‘Tank Turn’ feature of the upcoming Rivian R1T and R1S was cool? Well, according to Motor Trend, the 2021 GMC Yukon has a similar – albeit secret – spin feature, dubbed the ‘Hurricane Turn.’

During the recent unveiling of the Yukon, GMC made no mention of the Hurricane Turn as it intends on detailing it at a later date. However, the magazine was able to uncover a few key details about how the system works while speaking with GMC engineers.

Read More: 2021 GMC Yukon Is All-New From The Ground Up, Gains Rugged AT4 Variant

It’s understood that Hurricane Turn is enabled when the Yukon’s ECU detects the driver has deactivated the stability control system, cranked the steering wheel hard to the left or right, and floored the accelerator. If these actions are made and the SUV is on a low-friction surface, the brakes on the side you’re steering towards will be enabled and the outer wheels will spin. If the driver keeps the throttle pinned, the 2021 GMC Yukon will gradually spin in a tighter and tighter circle until it’s “nearly spinning around its central axis.” 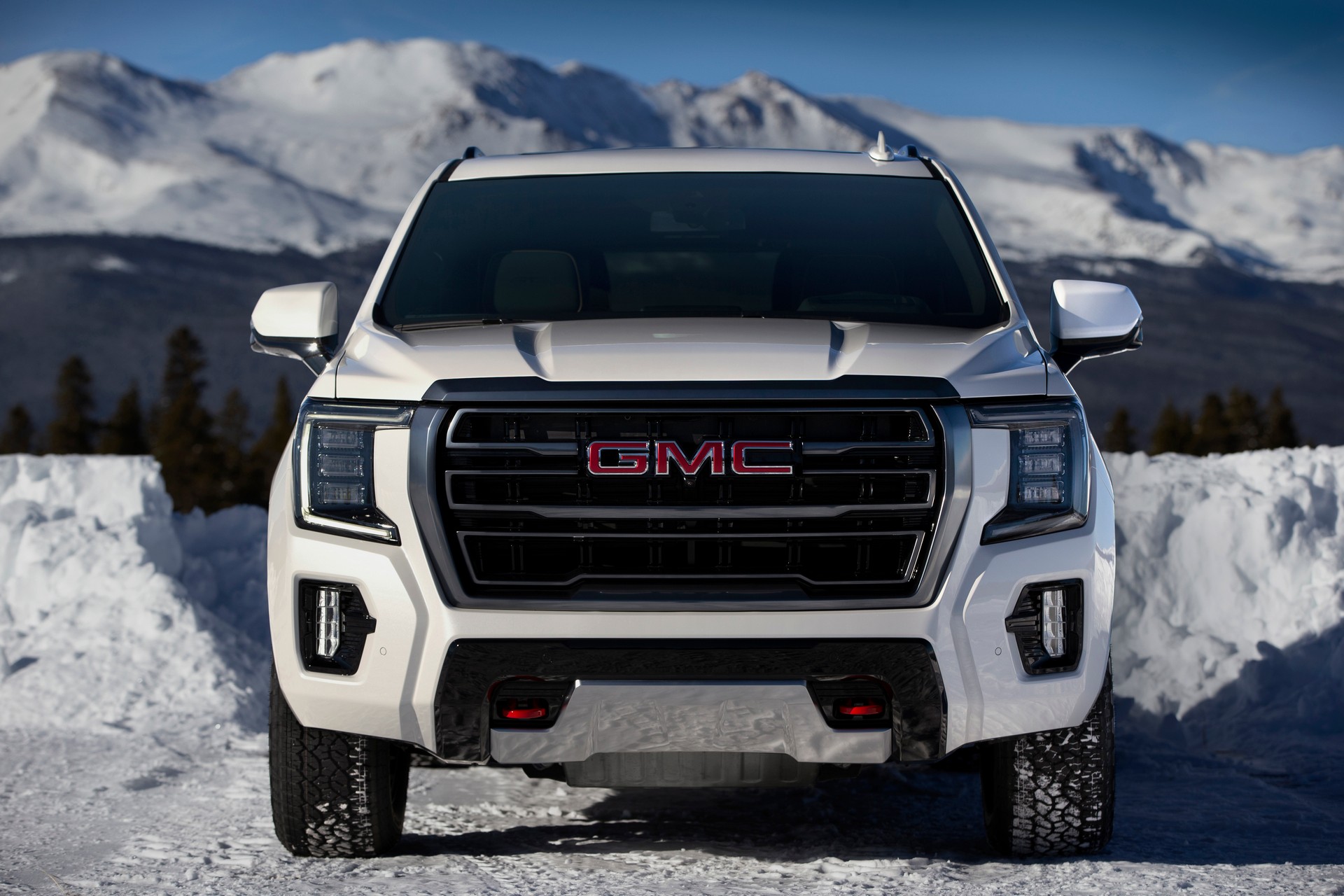 Rivian’s ‘Tank Turn’ feature is a little different because the company’s models use individual electric motors at each wheel. This means the left-side wheels spin in the opposite direction to the right-side wheels, allowing the R1T and R1S to spin in place.

Speaking with Jalopnik, a GMC spokesperson confirmed the Hurricane Turn feature but didn’t shed any additional information on it.

“This isn’t a feature we are actively promoting and did not demonstrate it at the reveal. One of our talented and enthusiastic engineers mentioned it to Motor Trend in passing. It wasn’t something we set out to do, just the result of very precise calibration work.”

We reached out to GMC to learn more about the ‘Hurricane Turn’, but we’ve yet to hear back from them.