Audi is introducing the plug-in hybrid Q5 TFSI E model in the United States, which adds an electric motor to the 2.0-liter TFSI four-cylinder engine. Pricing starts at $52,900 not including a $995 destination charge that puts it at $53,895 – which oddly, is exactly how much the V6 SQ5 costs.

The plug-in hybrid Audi Q5 offers a combined 362 HP and 369 lb-ft of torque and is offered exclusively with a seven-speed dual-clutch transmission and the company’s Quattro Ultra all-wheel drive system. That’s actually more power than the 2020 SQ5 that has a throaty turbocharged 3.0L V6 producing 349 HP and the same peak torque at 369 lb-ft.

As a result, Audi’s new electrified SUV is faster than both the regular Q5 and the SQ5 when accelerating to 60 mph (96km/h) from standstill at 5 seconds flat, nearly a second faster than the former and 0.1 seconds faster than the latter. In addition, the 14.1kWh lithium-ion battery pack gives the 2020 Q5 TFSI E a pure electric range of 20 miles (32 km), while fuel economy is rated at 65 MPGe by the EPA. 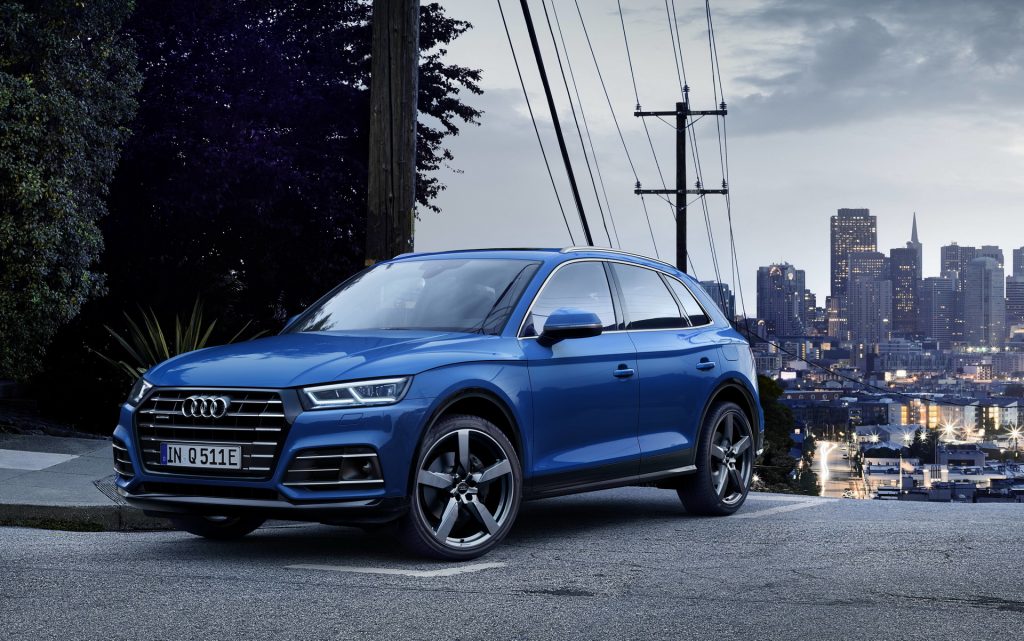 The new Audi Q5 TFSI E comes with three model-specific driving modes: Hybrid, which is enabled automatically with the route guidance of the navigation system as it utilizes data from it to optimize the use of battery power; EV, which is the default mode every time the car is started, using just electric power as long as the driver doesn’t press the accelerator past a perceptible point; and Battery Hold, which saves the battery charge at its current levels for the driver to use it later on.

Audi’s latest electrified powertrain also allows the engine to deactivate and use the battery to coast when the driver lifts his foot off the accelerator. The climate control features a new highly efficient heat pump that harvests the waste heat from the high-voltage components for better efficiency.

As standard, the plug-in hybrid Audi Q5 features the S Line exterior body kit together with a black grille surround and 19-inch alloy wheels. A set of 20-inch bi-color wheels is offered as an option. Customers will also be offered the choice of colors like Turbo Blue and Daytona Gray, which are exclusive to the TFSI E and SQ5 models.

Audi expects that the 2020 Q5 TFSI E will become eligible for a federal tax credit of up to $6,712, with additional state rebates also available. 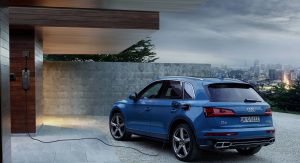 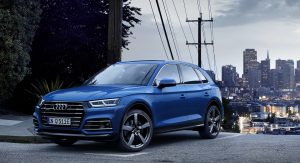 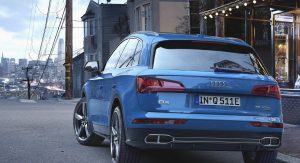 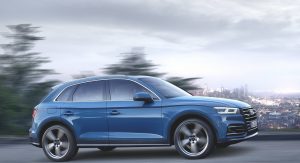 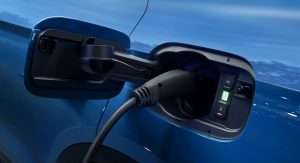 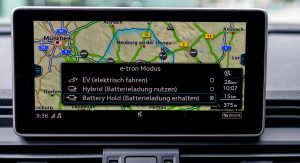 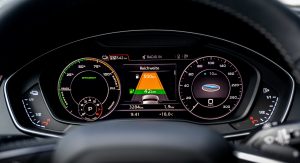 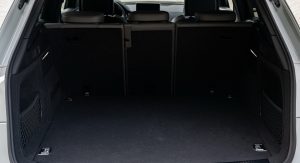 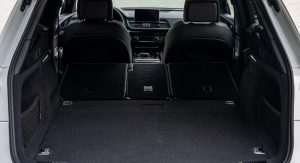 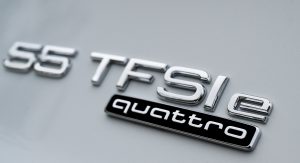 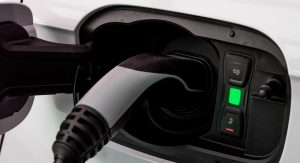 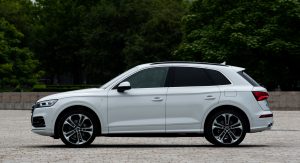 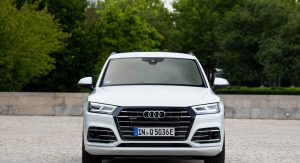 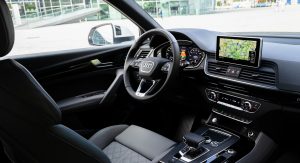 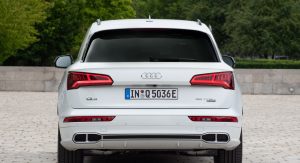