Built by Danton Art Kustoms in France, this 1968 Lamborghini Espada CHD Edition is ready to be sold with a U.S. title through Mecum Auctions.

The styling of the vehicle definitely makes it a Rat Rod, which is a car that features either a deliberately warn-down appearance, or an unfinished one. They usually lack paint, sit close to the road and don’t come with all of their original body panels.

Built to celebrate the Lamborghini Espada’s 50th anniversary, this car is the first ever Fabio Lamborghini-inspired Rat Rod and was built using an original Espada body and chassis.

Now, we knew about this car since last year, but we had no idea what type of money it would ever fetch from a direct buyer or a winner bidder. According to the ad, the Espada CHD Edition is worth anywhere between $200,000 and $250,000.

Power comes from an original 3.9-liter V12 Espada engine, while the interior has been kept in a 2+2 configuration. Look any closer though and you’ll notice all the custom parts that were used to turn this car into a completely different animal.

For starters, it features side scoops from the Reventon and now measures 8.2-feet (2.5 meters) wide. The body panels are finished in a matte grey shade, contrasted by Italian flag stripes and large 19-inch (front) and 20-inch (rear) red wheels. Speaking of which, those wheels flank the body completely, adding to the vehicle’s already aggressive appearance.

As for the cabin, it’s sort of a mix between that of the original Espada and a Tesla Cybertruck, at least visually. The shifter was moved further up towards the dashboard, while additional Italian flag colors split the interior in half. One more interesting feature is the Huracan-like push-start button, adding a bit of a modern touch. 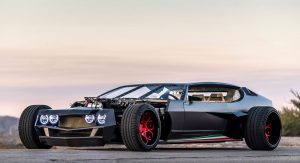 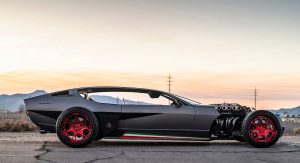 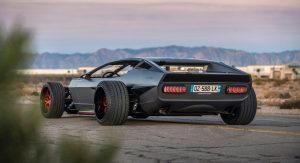 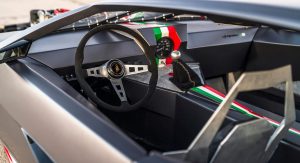 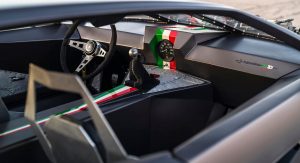 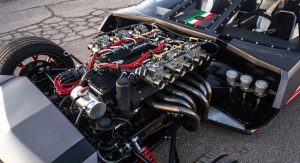 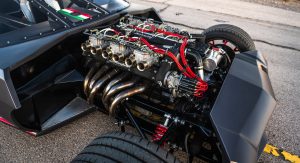 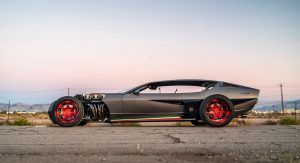 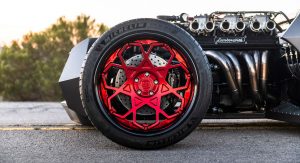 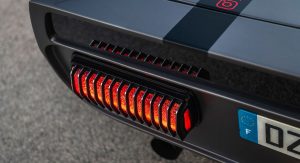 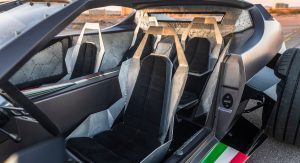 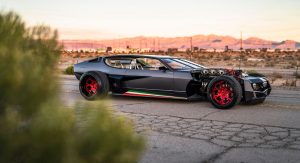 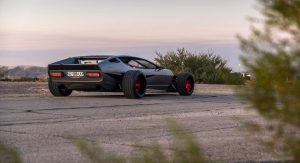 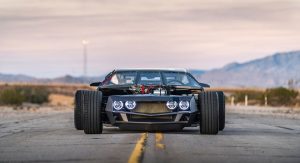 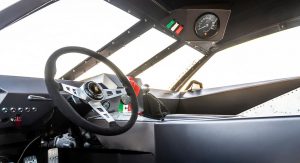 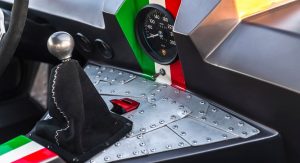 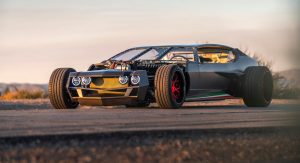 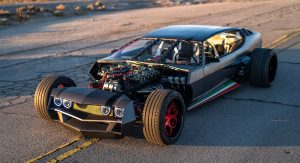 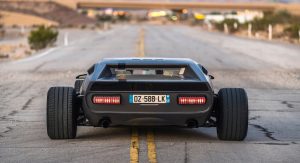 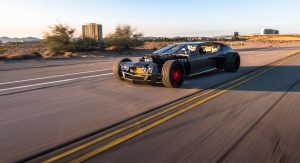