Proceed with caution, as the Lamborghini Aventador is still capable of providing addiction.

Coming up with new things to say about the Lamborghini Aventador is, well futile, as most know how much it costs, both new and used and everyone can instantly recognize the iconic shape of what is likely to be the last naturally aspirated V12-powered monster out there.

Put into production in early 2011 and facelifted six years later, the Aventador came in different specifications, with visual and technical enhancements and different outputs from the 6.5-liter powerhouse.

The lineup included the LP 700-4 Coupe and Roadster, which were then joined by the LP 750-4 SuperVeloce and eventually replaced by the LP 740-4 S and S Roadster. A couple of years ago, the LP 770-4 SVJ broke cover, claiming the Nurburgring lap record for production cars, and was assisted in 2019 by the SVJ Roadster. Let’s not forget the special edition models, such as the Aventador J, 50 Anniversario, SC18 Alston and SVJ 63 Roadster, or the Veneno and Sian, which share the same platform.

Lamborghini will eventually cease production of its flagship supercar, replacing it with a more modern beast with electrification, but until then, we can still enjoy a model that’s part of a dying breed. Ferrada’s way of highlighting their USF02 wheels fitted on this Aventador Roadster led to the creation of the following video, which was shot in the Swiss Alps and reminds us that this supercar can still cause havoc, should its driver want to.

You don’t even need popcorn to watch the footage, as it’s just 2 minutes long, but if you’re familiar with the wheelmaker’s clips from our previous stories, then you know what to expect. 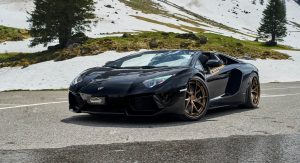 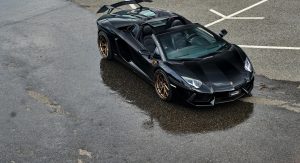 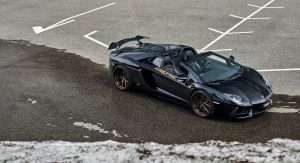 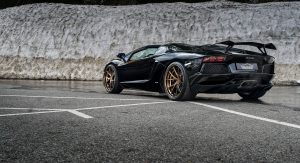 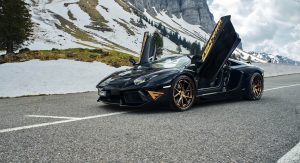 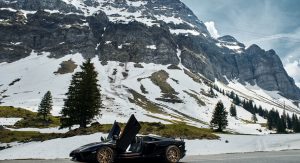 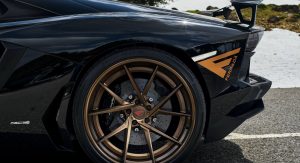 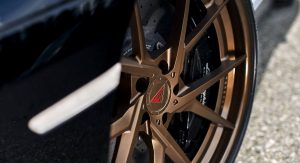 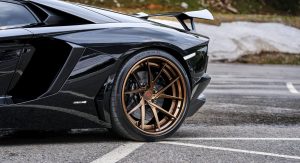