The kid apparently started the car in gear, causing it to lunge forward and hit a wall.

Mustangs have a tendency to crash and it’s usually the result of a driver attempting to show off.

Details are limited, but the uploader suggests a kid was trying to show off his dad’s Shelby GT350R. This typically wouldn’t be much of an issue, but the father apparently never taught his son how to drive a stick.

Remember This? Teen that Crashed Dad’s New Mustang GT to get his Web Redemption on Tosh.0 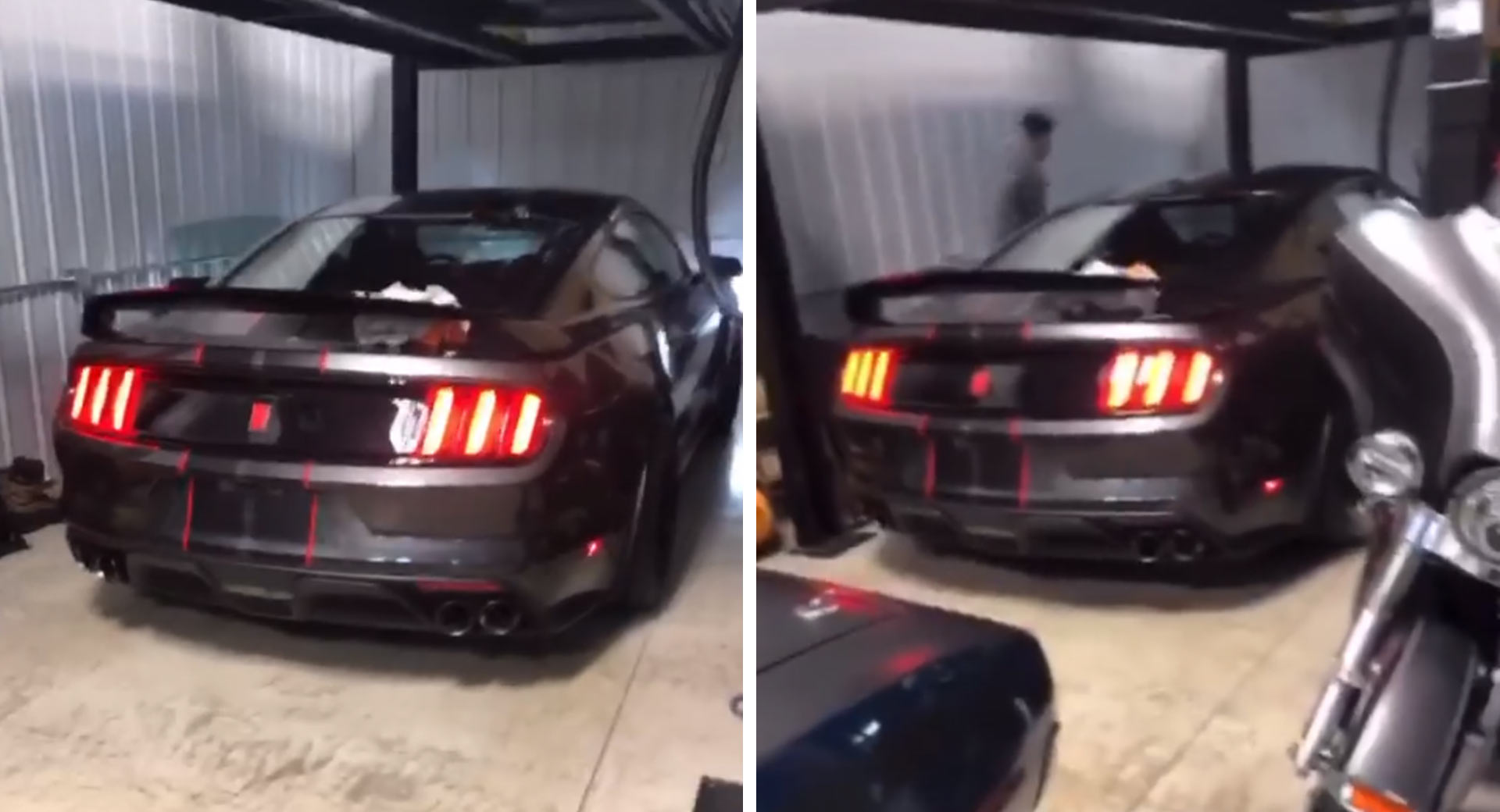 As you can see in the video, things go wrong pretty fast as the car lunges forward and crashes into a wall almost immediately after being started. This suggests the Shelby was started in gear, but it’s hard to be certain.

Regardless, the kid then exits the vehicle and begins jumping around while screaming “I’m dead.” That reaction is pretty over the top and it has us questioning whether or not the whole thing was staged. That being said, if it wasn’t, we’re pretty sure the kid is in for a world of hurt.

The Shelby GT500 has stolen a bit of the car’s thunder, but the GT350R received a host of updates for 2020. Among the changes a revised front suspension, a new steering rack and a recalibrated electric power steering system. The model can also be equipped with a new Heritage Edition Package that costs $1,965 and adds a Wimbledon White exterior with Guardsman Bluestripes.