Thanks to a specially equipped trailer, stopping distances can be reduced by up to 40 feet.

The Chevrolet Silverado and GMC Sierra are popular with customers who tow heavy loads, so General Motors has created an advanced trailer braking concept that can dramatically reduce stopping distances.

While trailer brake controllers are commonly used to reduce stopping distances, GM wanted to see if it was possible to enable a truck and trailer to stop in the same distance as a truck by itself.

This was no easy task, but engineers went to work on the problem and came up with a solution that uses existing components. The resulting setup sees a trailer outfitted with beefier rotors, calipers and tires as well as GM’s exclusive eBoost braking system. 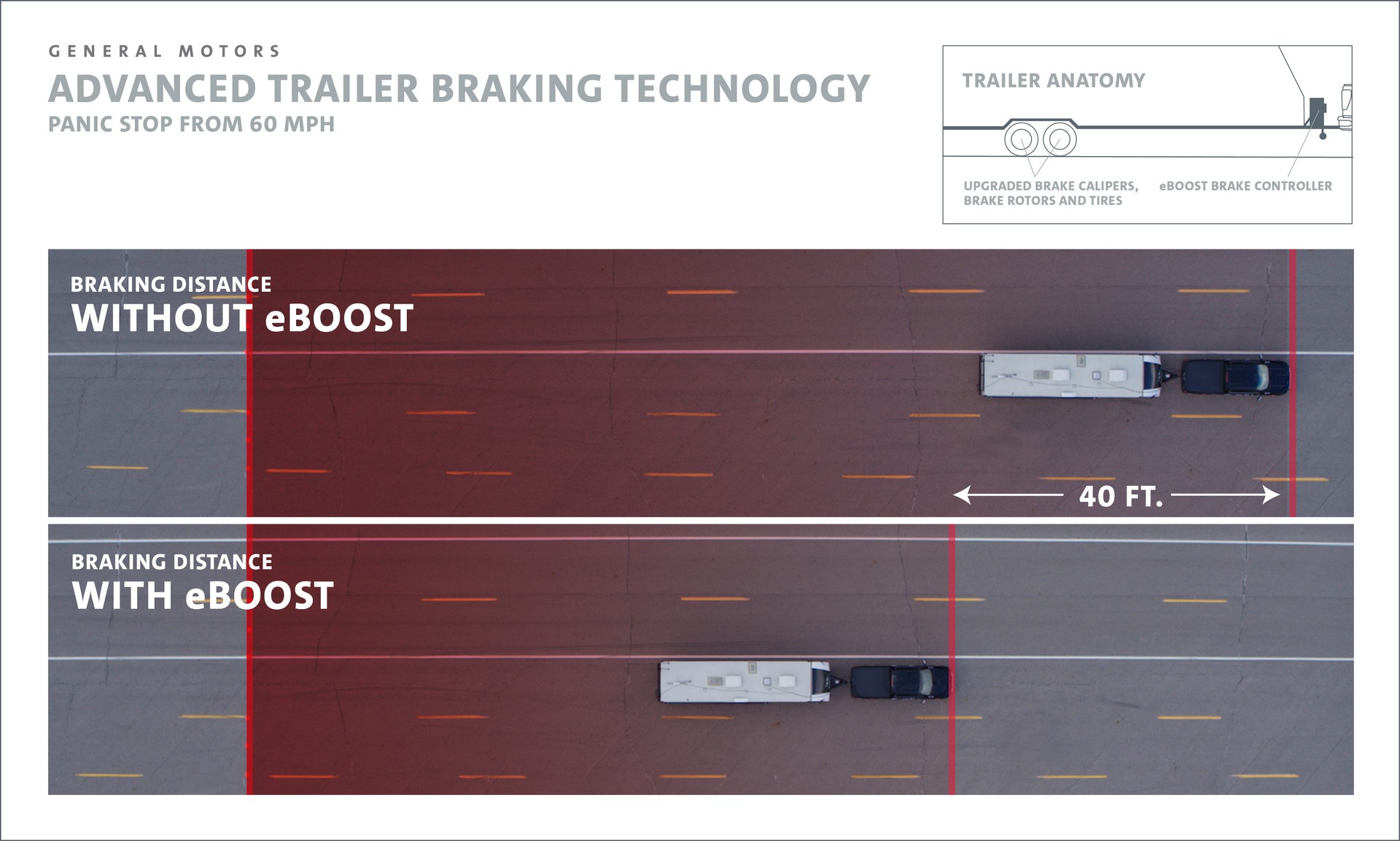 The eBoost systems on the truck and trailer can communicate with one another, using a traditional seven-pin connector, and this enables them to work together to minimize stopping distances. During testing, GM was able to reduce the stopping distance of a truck and trailer by up to 20% at 60 mph (96 km/h). That’s an improvement of approximately 40 feet (12.1 meters) and this could mean the difference between a close call and an accident.

Consumers can’t by an eBoost-equipped trailer yet, but that could change in the future as the company noted the trailer concept was created to inspire companies to make the system a reality in the future.

According to GM’s vice president of global product programs, Tim Herrick, “The industry tends to focus on the big towing claim, but the overall towing experience is just as important and every hill climb has a hill to descend on the other side.” He went on to say, “GM revolutionized the towing space with our industry-exclusive technology available on our full-size pickups, and this advanced trailer braking technology is yet another example of GM’s leadership and a hint at what’s possible in the future.”